I bet the title of this post shocked you. You found it hard to believe. Me, the oversharer… it must be unthinkable that there is something I haven’t written about.

But it’s true. There is something. I really didn’t talk about it at the time and even now, I’m not sure I want to. But… I know a couple of people who’ve lost others recently, including a fellow blogger who also lost her father. And it’s served to remind me of the ups and downs of the past year. Plus…. As a blogger that’s what I do. I write about stuff.

I mentioned that my father was cremated in late October 2011 as was his wish. (The ‘I’m-so-funny’ part of me feels compelled to add that he had – in fact – passed away first!)

We didn’t go out to the crematorium after the church service as my brother, mother and I decided we didn’t need to see what came next. Instead we continued onto the Wake with other friends and family. 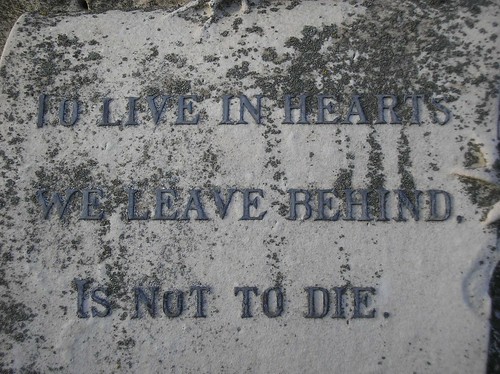 The Funeral Directors had asked us what we wanted done with ‘the’ ashes.

Quite frankly we had no idea. Our options were the usual… they could be interred in a ‘wall’ at the crematorium. Buried under a rosebush with some sort of plaque at the crematorium, or – of course – we could keep them and dispose of them ourselves.

The romantic side of me was keen to fling them off the rocks at the beach he visited as a child and raved about as an adult; or throw them from the seat perched atop a cliff on Fraser Island, named after his own father; or perhaps sprinkle them on his old football field. I was mostly, however, in denial that he was gone and really didn’t want to think too hard about it.

My mother, however, is far more pragmatic so wanted to give it some serious thought so the Funeral Director offered to keep the ashes for up to a year while we pondered on their final resting place. (Not to mention the fact that – having spent six weeks beside his bed as he faded away – we were tired and numb.)

But we talked about it off and on, during the following months.

My brother had no strong feelings on the matter.

“I’m not likely to visit him in a wall, or under some bushes, so I really don’t care where his ashes go,” I announced, telling my mother the decision was hers.

Almost six months later we made a decision as a family and my mother purchased two holes in a wall at the crematorium, one for dad and one for herself (eventually). The plaque was designed after some deliberation and angst (re space and wording) and everything was set into motion.

Except… I couldn’t get rid of the notion that I would like to hold on to keep part of him. A reminder, if you like. I read articles about people having ashes of their loved ones put into jewelry (and I envisaged myself with a little tasteful – and expensive – cylinder or sealed heart hanging around my neck). Of course the more macabre involved shooting rockets (filled with ashes) into space, pressing them into records (how silly, I mean… who listens to records nowadays?!) or having them tattooed into your skin. None of which appealed.

It was too late anyway, we decided – the ashes having been sealed into something or other at the crematorium. Mum had explained that the ashes went into a cylindrical hole in the wall and a plaque installed over the front. I envisaged a regal-looking cylinder made of lead.

Once the plaque was prepared my brother and I travelled to our hometown for the ceremonial unveiling. Over some wines the night before we wondered about the plaque and joked about someone turning up with a hammer and nails to hammer it in.

Again I pondered out loud on the idea of keeping ‘some’ of the ashes. Again my mother and brother rolled their eyes at my whimsies and we decided it was too late.

My father’s sister and her husband joined us the following day – which unfolded a bit like a slapstick comedy. Firstly it was raining and as were preparing to leave for the crematorium we got a call from the Funeral Director suggesting we wait another day as the ‘glue’ which holds the plaque onto the wall would not stick in the wet weather.

Glue?! WTF?! My brother and I were in hysterics that we weren’t too far off with our bad-taste hammer and nails joke.

My mother explained that my brother and I had travelled 300km for this and we were all ready; so it was decided we’d have a ‘faux’ service.

I knew it wouldn’t be overly formal (we’d decided against a Minister attending etc) but I must admit I was still a bit aghast at what the process entailed. Perhaps it’s not common to attend the ‘installation of the ashes and sticking-on of the plaque.’ Who knows?!

Rather than a sombre Funeral Director, the caretaker or groundsman in his fluorescent outdoor garb met us at the carpark. In one hand he had a plaque. It was bloody heavy and we took turns at observing it and cooing at its beauty. 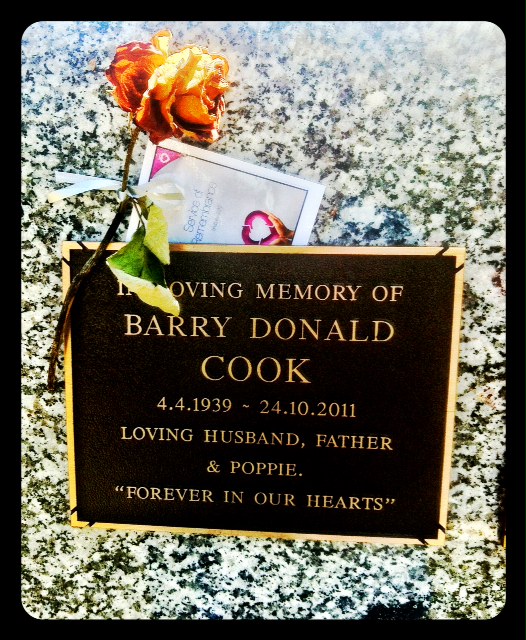 I became obsessed however with what he was clutching against his body under his other arm. It was a white plastic screw-top cylinder. Not at all awe-inspiring and regal. It was something that might contain pool chemicals or protein powder. Not what remained of my father.

I was freaked out.

I pointed to the container. “Is that sealed?” I asked.

My family looked at me. My mother knew immediately what I was asking.

“Do you want some of his ashes Deborah?”

Naturally I burst into hysterical tears.

“Yes,” I said when breathing was again possible, “I think so. But is that okay?”

My mother can be surprisingly zen at times for a super-organised and quite religious person. “Of course,” she said.

I possibly looked at my brother and aunt and uncle for reassurance, wondering if I was being silly or had gone mad.

“Is it possible?” I asked the man.

He nodded, apparently accustomed to people losing their shit on his turf.

Bizarrely he was gone for ages. I envisaged him in his shed with a funnel and ashes being poured into a little test tube for me to take away.

But when he eventually returned he had for me a box. One the size that a bracelet might come in. WAY bigger than I expected. And heavier. (And sealed.)

I was still crying as I thanked him. Weighed down by a larger-than-expected supply of ashes.

We made our way over to the wall which mum had chosen and oohed and ahhed at the location. The man inserted the ridiculous plastic container into the hole and put the plaque on the front, resting it in place so we could see what it would look like once it’d stopped raining and he could glue it in place.

We diligently took some photographs. And left. 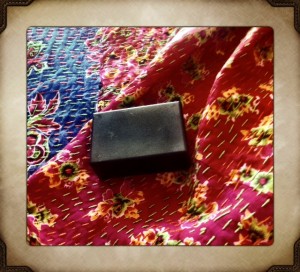 When I got home I sat the ashes on dad’s favourite computer chair. Not quite sure what else to do with them.I’m still not sure. But they currently live on my bedside table. I don’t find them macabre at all.

But it’s interesting as the notion of wanting some of his ashes is completely in contrast to how I feel about ‘what remains’.

Indeed, you may have noticed I often refer to them as ‘the’ ashes.

On the anniversary of his death (there, I used the d word again. I must be coming to terms with this!) I visited the crematorium.  “Hello dad,” I said as I drove into the grounds.

But then stopped myself. “No… you’re not here,” I said.

And I’ve never thought that. Although I left a flower with his plaque, I know he’s not there. And he’s not in a little box beside my bed.

He’s here all of the time. With me (with us) always. I can talk to him anytime. I can think about him anytime. I don’t need to go anywhere special to do that.