I was just entering my teens when Lady Diana married Prince Charles back in 1981. Like most girls in the universe I could relate to the shy pretty-but-not-then-beautiful Diana who worried about her chubby thighs. I remember being allowed to stay up and watch the royal wedding (ie. THE Royal Wedding in those days, rivalled since by that of Diana and Charles’s son’s of course) and envied her flower girls, sure I could have done a far better job of looking cute and bored at the same time.

The scrapbook I put together at the time went the way of my Duran Duran cassettes and the like, trashed as my tastes changed and I grew older.

I was never really a royalist you see. In fact I’m all for Australia becoming a republic and wonder how and why we continue to be led by someone halfway around the world. Sure the royal family graces us with a visit every so often but it’s hardly an engaged leadership.

I had a great aunt who wouldn’t hear a word spoken against ANY of the royal family – although probably condoned the dissing of Fergie after the great toe-sucking incident of 1992. The aunt in question collected teaspoons and tea-towels covered in royal memorabilia in addition to thimbles and other equally-useless items.

Although royal watching seems to be a fading pastime here in Oz, I do realise however, that there are still many MANY out there who are steadfastly pro-monarchy.

I will confess I watched a snippet of the Kate/Will wedding and enjoyed following the accompanying Twitter feed, and I do think Kate seems like a lovely person; but that’s the extent of my interest. I’m happy to look at pictures in a magazine – just as I am of most celebrities (reality TV* stars aside!), but I possibly snorted champagne out of my nose earlier in the week when I saw this in one of my mother’s magazines…. 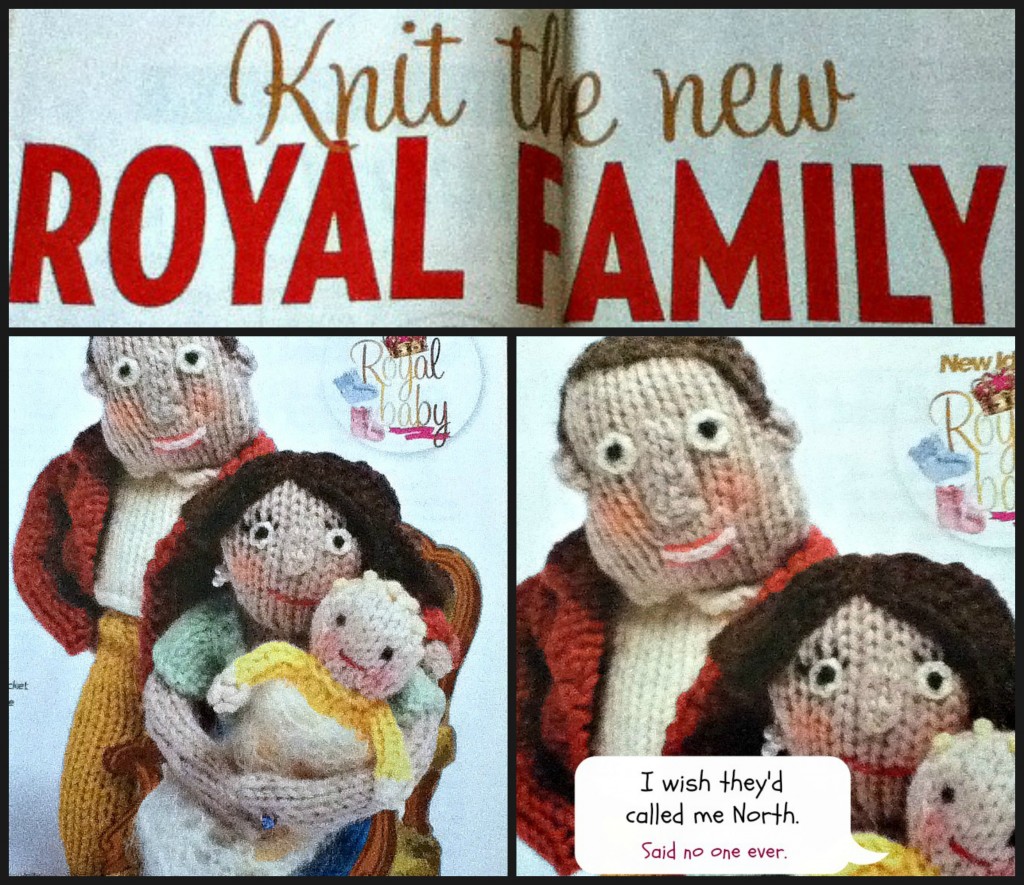 Yes it’s true. You can knit the ‘new’ royal family.

If you so desire.

But wait… it doesn’t stop there. If you have your own child – or indeed buy a lookalike royal baby from Franklin Mint which will probably be released soon after the birth – you can kit them out in appropriate regal attire. 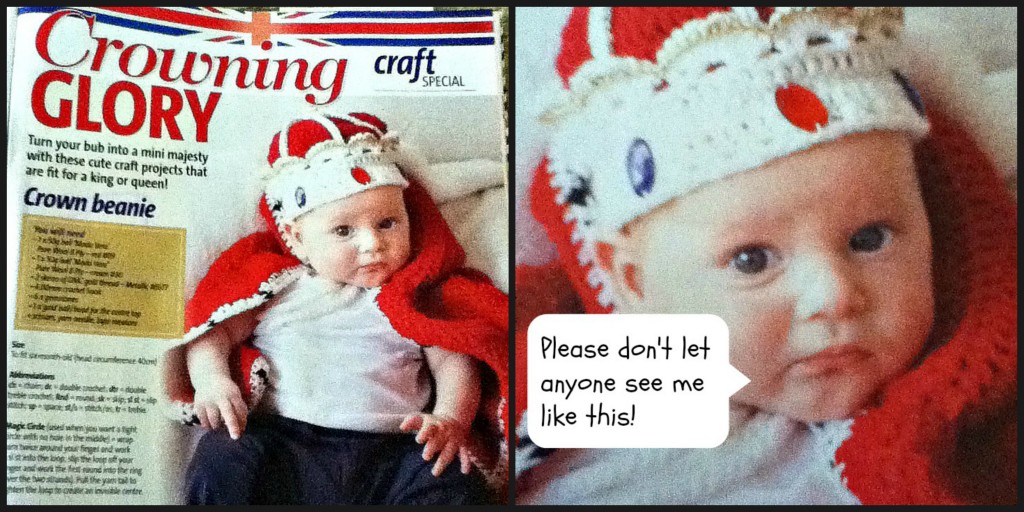 Of course, I need to apologise in advance (or belatedly!) if you are a royalist or monarchist or similar and you were indeed planning to put your knitting skills to good use. I do realise that the world is full of those with tastes different to our own (although mine is obviously flawless!!). Or perhaps you think I’m not being sufficiently deferential to Australia’s future first couple and our eventual King or Queen. Meh, whatever. I suspect the knitted doppelgangers would give Will and Kate a bit of a giggle as well.

Do you have embarrassing royal family memorabilia?
Or perhaps Duran Duran cassettes?

* I’ve just told my mother I wish to read no more of her magazines as I’m tired of articles about Housewives and Towies and those from Essex: none of whom I’ve ever heard of, nor have any desire to become familiar with. I watch enough trash on television already. Thank god I don’t have pay television!