My mother recently sent me one of those ‘please pass on’ emails.  You know the kind…. imparting preachy life lessons, promoting breast cancer awareness and the like.  Although I read these when they pop into my inbox I rarely pass them on.  And I have to admit, even though some hit home, I forget about them as soon as I click on the little X in the top left or right hand corner to close the message.

Until recently.  Because the email forwarded by my mother was probably a bit more significant than most. 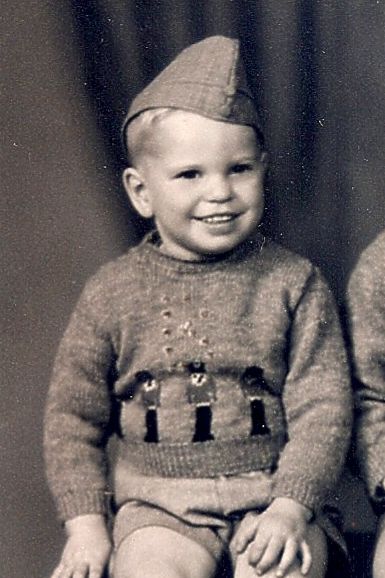 A year ago I wrote a post to celebrate the fact that it had been 9 years since my father had a heart transplant.  I pondered on the fact that we had him with us for so much longer than we might have; and how much more life he had experienced as someone else’s gift pumped blood throughout his veins.

But there’s no such thing as a free lunch.  And the gift of life, like everything else, comes with trade-offs.  Drugs that suppress dad’s immune system mean that, although he goes nowhere near the sun, he continually has skin cancers developing.  He is, in fact, currently undergoing radiotherapy for a deadly melanoma known for its attack on those with suppressed immune systems.

But the most challenging of side effects is not visible.

My father has vascular dementia.  Caused, I understand, either by an earlier heart attack or during his life-saving heart surgery ten years ago.

So far only his short term memory has been affected, or more specifically, his ability to transfer something from his short term into his long term memory.  I am sure there is a term for this but that doesn’t really matter… to us anyway.

It started slowly, as if he was just a bit absent-minded; where once he had been quick-witted.  But it is now at the point where he isn’t really able to retain any information.  Unlike Drew Barrymore in 50 First Dates, he doesn’t remember the day’s events, only to awake the next morning in some sort of Groundhog Day fog.  He remembers nothing recent.

A typical 10 minute conversation with him (for me, for example) will comprise him asking the day two or three times – at least.  Each response will be followed by ‘When did we arrive here at your place?’ and ‘When do we go back home?’  In fact I sometimes entertain myself by pre-empting the next question before he can ask it.  He will also enquire why he is here (rather than in his hometown).  This visit I am having to explain that although he had a merkel cell carcinoma removed from his face, it is so fast-spreading he is here for radiotherapy.  Just in case.  Obviously then he queries how long the treatment lasts (5 days a week for 5 weeks) at which point he becomes despondent (at being away from home for so long) and usually comments that perhaps he isn’t worth all of this trouble.

But he is.  Obviously.  I feel for my mother who has the patience of a saint though admits to occasional sarcastic responses to his never-ending questions. But her dedication is amazing.  My father recently spent a week in hospital and my mother camped out beside him for 12hrs a day in the event a doctor visited.  Dad needed my mother to answer the questions.  ‘Yes his bowels moved.’ ‘No, he hasn’t eaten lunch yet.’  A doctor giving instructions or advice to my father was also not an option.  It is at those times that I am overcome with guilt at being so far away and not able to provide more hands-on support.

Hard as it is for my mother, I cannot imagine what it is like for my father, who marvels at his long term memory but who cannot tell you what he did 5 minutes ago, or 5 hours ago.

It makes telephone conversations difficult.  We are limited to me questioning him about the weather, or about whatever he is doing at that exact moment.

A couple of months ago I picked up the phone to call my parents. I then realized it was Wednesday and my mother would be out (as she is every Wednesday night for an hour or so). Although I talk to my dad most evenings when I call home, it is usually just for a minute or two and he asks the same questions (about work etc) again and again.  This night I started to put the phone back on the hook before I thought about what I was doing.   I checked myself and realised I was being incredibly selfish.  Just because I would find the call hard work, and because he wouldn’t remember the conversation was no reason not to reach out and make contact.  He is thrilled by calls.  If mum isn’t home, he dutifully writes down who has called, though not recollecting anything from the conversation.

So I called.  I think there was football on TV, so I asked him about that.  We talked about the weather, my work, my brother and his family.  The usual.  I talked to my mother later that night as she called back when she saw dad’s note.

The little tale in the email my mother forwarded me was called ‘The Rain’.  It was (supposedly!) relayed by a nurse who encountered an elderly man who came into her hospital to have stitches removed.  It was early in the morning and he was impatiently looking at his watch.  She asked if he had another appointment.  He said he did and she enquired what it was, expecting another medical appointment.  He told her that his wife was in a nursing home and he went to give her breakfast every day at 9am.  He also said that she had Alzheimer’s and hadn’t recognized him for years.  The nurse asked why – if his wife didn’t know who he was, or indeed, when or if he visited – did he go everyday.  His reply was, ‘She may not know who I am, but I still know who she is.’

I saw a distant relative a little while ago.  We were talking about my father.  They commented that they were worried that his long-term memory would be next and how horrible it would be when / if he forgot who we were.  I knew they hadn’t seen my father for 6 months or more but innocently queried if they had ‘run into him’ recently.  No, they said, they actually preferred to remember him more as he was and didn’t really want to see him like they believe he is now.

Another friend recently commented on an elderly relative who had Alzheimers.  The relative was dying, but my friend said it wasn’t really upsetting as (the relative) had really died to them years ago.  I didn’t say anything but was horrified.  Would she, I wonder, want her family to stop visiting her if she forgot who they were, or would she hope that they still held her in enough esteem that they actually wanted to see her even if she was oblivious.

The old man in the email wasn’t expecting anything in return from his wife.  He didn’t expect her gratitude or adulation. Perhaps he felt it was his duty or his obligation. Perhaps he felt he signed on ‘for better or worse’.  It did, however, remind me that particularly in my father’s case – although I hate to admit it – it isn’t all about me.  Even if my father doesn’t remember the moments, it doesn’t mean they don’t exist.

On my father’s death.