I’ve been on a one-year work contract since early October 2017, which means it’s nearing its end. Unfortunately I had to resign from the part-time position I held before so potential unemployment looms with smug menace over me in coming months.

Which is what brings me to the age-old problem contract workers face:

What is the perfect time to start looking for the next gig?

Too soon and it may start before the old position finishes and then you’re in a quandary. After all, no one likes to leave their old colleagues / workplace in the lurch by ditching early (and I’m so loath to do this I’ve even changed overseas holiday plans for my current employer); but also the new employers might not be willing to wait for you to ride out your old contract.

And of course if you wait until the end of the current contract is pretty much nigh, then you run the risk of temporary unemployment. (And if you’re like me and many others as a sole money-earner in your household, there are pesky things like mortgages and bills to be paid.) 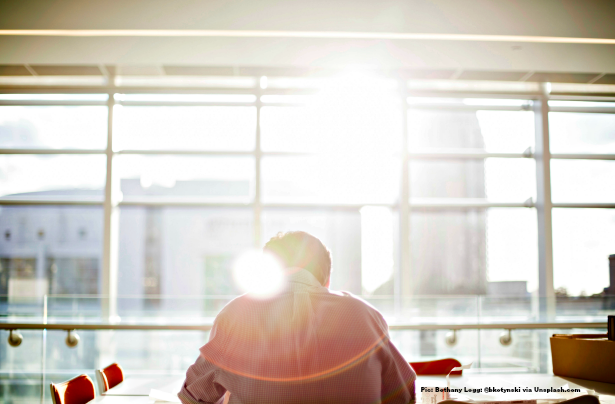 It makes sense to build a financial buffer and of course I’m attempting to do this – overseas trip in September aside. But…. I live in a regional area and project management (or similar) positions are limited. Indeed after my seachange, it took years for me to find the part-time gig I had before this project.

All of this is on my mind as a project position was advertised recently. It’s a bit left field so I’m not sure of the match but I’ve applied. (I’ve been keeping an eye out for months and it’s been the only thing that’s appeared.)

As I’m not a subcontractor, it’s not like I offer my skills for short-term gigs / work for myself.

Ideally I guess I’d prefer a permanent position, although part-time would be be ideal. (And yes, I do realise I’m wanting that proverbial cake on a platter and planning on scoffing the bloody lot!)

In my previous government life I worked on project after project. Some 6mths, some 1yr. And one 3mths from memory! But I always had a permanent position I could return to if I needed. Thankfully I only had ‘gaps’ between projects on one or two occasions as it was disruptive to my old work team if I was to return briefly and (in reality) bloody inconsiderate of me.

For me it’s about variety and challenge so I didn’t worry that I wasn’t rising meteorically through the ranks of government – although I was working at a higher level than am now. I liked moving from sector to sector – immersing myself in the temporary world in which I inhabited – before moving on. But like I said, I learned pretty quickly that ‘timing’ the next employment opportunity was all-important.

Of course in the city, with a myriad of government agencies, opportunities and networks that was doable. In regional Queensland with fewer agencies it’s nigh on impossible.

It occurs to me I could attempt to venture (back) into the private project management sector, though it isn’t something I’ve done as a contractor.

I should mention there is a vague glimmer my current role could be extended – funding permitting – and of course I have this new application submitted. But… those who know me know I like to prepare myself for the worst. And no… I don’t think it’s gonna be homelessness, but perhaps just a new challenge.

Have you had to coordinate one job finishing and finding another? Any hints or suggestions?
Should I be thinking only of myself and my future and financial security?