I know I know… it sounds like I’m exaggerating and I AM prone to catastrophising, it must be said. And while this wasn’t exactly dire or life threatening, it wasn’t good.

I locked myself out of my Airbnb apartment.

This is only my second Airbnb experience. I’m a late adopter. Hell, I haven’t even used Uber yet, but I’d figured I’d get on-board the Airbnb train (or, you know…. B & B wagon) when I was looking for apartment style accommodation on my trip to Italy. 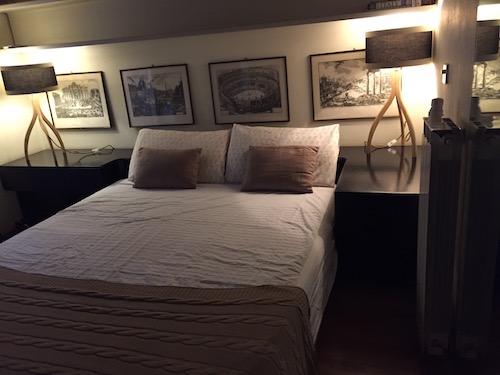 The bedroom of my Rome Airbnb

So, here I am in Rome. In an apartment. There’s a key to lock the outside of my door and one for the building. And one to put in the lock when I’m inside.

As I mentioned yesterday I’ve been having pretty early nights* as I’m getting up early (well, if 7am could possibly be called early – though perhaps on holidays it qualifies) to go exploring before those other pesky tourists finish their bacon and eggs and venture out of their hotels.

So I’d locked up and was heading to bed at around 7.30pm this evening (sad, but true cos I’m planning on an early start for the Spanish Steps and Colosseum in the morning).

And of course I looked at the pizza box from the previous night, the empty diet coke bottle which didn’t fit in the kitchen bin, the wine bottle and the water bottle and decided I should take them down the flight of stairs to the internal rubbish bins. Cos that would be the responsible thing to do. Plus who knows… I’ve seen that movie about mice in the kitchen in Italy.

I tentatively opened my apartment door, checking it didn’t automatically close. It didn’t. So I set off down the steps in my PJs (and bra-less cos HELLO, I was going to bed) and I was at the bins before I head the click of a door. 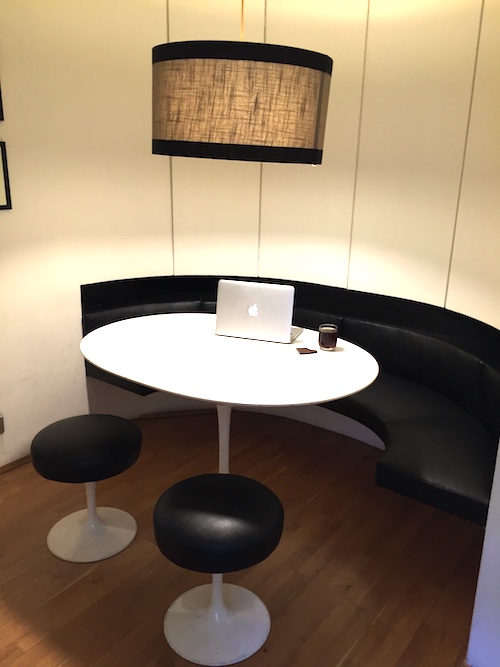 “Surely it’s not mine,” I thought to myself. Hopefully. With a dash of desperation thrown in.

But sure enough I got upstairs and the friggin’ door was closed and I was locked out.

Tempted as I was to initially just sit and cry I decided to defer that for a moment while I checked under the mat for a spare key.

Again I avoided the sitting and crying urge.

So I buzzed on neighbouring doors and upstairs someone was home and opened the door. I explained, as best I could, what had happened.

It was a young man (his wife and two kids were inside). After some contemplation he came down and tried the ‘card between the door and lock’ trick in an attempt to prise the door open. But it didn’t work.

I explained the Airbnb situation but he had limited English and I had no Italian. He tried to call someone… not sure who but they couldn’t help. They gave him another number, but nada.

In my little head I ran through alternatives. I had none. I had no money or phone with me. I was in my PJs, braless and barefoot.

He’d tried looking up Airbnb info but couldn’t find the apartment on their site and my translation of “Charming apartment in Navona” was no help at all.

Eventually I said that if he was happy for me to log into my account (on his phone) I had a contact number in there. And he did and I did.

He called and spoke to someone and (VOILA!) the owner’s secretary’s husband said they could come and open the door.

It was then I almost cried.

About an hour had passed.

My neighbour’s wife had called down to him a couple of times by then so he invited me upstairs to wait for the arrival of the key. (Still in my PJs – braless and barefoot!)

His wife was embarassed at her lack of English, but hello….?! I’m in their country. We managed a conversation. They offered me food and drinks. I said no.

I tried not to cry.

I didn’t want to scare the kids.

I met Eduardo who is four and Emma who is eight months old. We chatted for a while before I offered to try to read the kids stories while their parents ate their dinner.

Understandably I wasn’t very good. I suspect Eduardo was aware of my ineptitude but Emma seemed happily oblivious.

She also let me hold her for a while which was nice.

And then the apartment owner’s secretary’s husband arrived with the key and my neighbours were released of their obligation.

I thanked them profusely as I did the owner’s secretary’s husband. Though I suspect the latter will charge me for their efforts.

Now happily ensconced back in the apartment the nightmare is behind me. I just need to bloody work out what to buy the upstairs neighbours as a thank you gift for their kindness!

* Plus I’m waking A LOT during the night. I think it’s just the neighbourhood noise but according to my Fitbit I’m awake almost every hour throughout the night!