Over a half a dozen years ago I slipped down my stairs. Hardly a world shattering event, however as I put my arm down to break my fall I did ‘something’ to my right shoulder. The bruise on my forearm (which is what connected with the stairs) hurt more at the time, but ever since then I’ve had rotator cuff issues. My pilates instructor suggested I talk to my doctor about a referral to a specialist but they commented that shoulder surgery was problematic and unless: the pain was unbearable; I was an elite athlete; or needed it to be 100% for work; I just leave it. So that’s what I did. 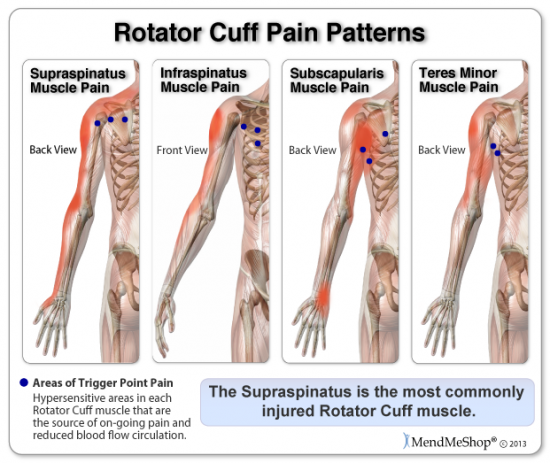 Since then I’ve just dealt with the pain as it comes and goes and adjusted my (former) exercise routines (particularly pilates and Body Pump / weights exercises) as required.

However… a week or so ago I did something. I have NFI what, but it exacerbated my shoulder. Initially it was just twinging. I’d grimace if I lifted my arm too high or reached too low. However, as the week passed it got worse. Of course I SHOULD have seen a physiotherapist when it first started hurting, but I assumed it’d just get better. By itself. And I suspected that by the time I saw the physio it’d be fine and they’d think I was a big wuss or a hypochondriac or something.

However, on Thursday afternoon (after a sleepless night) I finally contacted a physio but with a Friday public holiday I couldn’t get in to see anyone until Monday.

I took some painkillers and slept for 15 hours. When I woke on Friday I discovered I couldn’t move my arm. At all. I finally admitted defeat and accepted my mother’s offer to come and help. Thankfully she spent the next couple of days with me: helping me to wash my hair (and get dressed) as well as preparing my meals and cutting up my food!

As suspected, by the time I made it to the physio today my arm was much better. I mean… was actually able to lift my arm high enough to brush my hair but it still hurt enough that I didn’t feel like a complete fraud.

I’ve delayed seeing my doctor over the past few years for similar reasons. Long term readers may recall that when I was making my seachange I got very sick and it wasn’t until someone commented that I sounded like I was dying that I saw my doctor (who thought I had whooping cough). Then early last year I got the flu and was unwell for weeks and only saw the doctor 3-weeks in when a rash appeared all over my body. 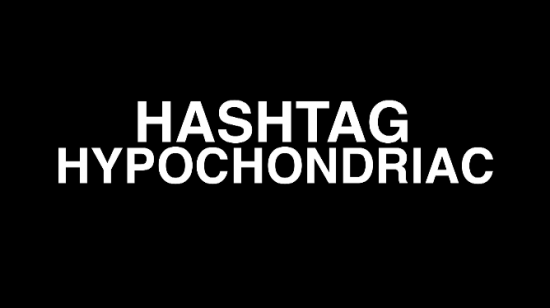 I wrote ages ago about the problem I have asking for help and I assumed my aversion to doctors and other health professionals was part of that – an admission of weakness or fallibility… or (the dreaded) neediness. However, I’ve realised that I’m perhaps a bit too paranoid about them thinking I’m faking it. God only knows where the fuck that concern comes from?!

Indeed, most of my visits to my doctor are just for updated prescriptions – though I usually have a ‘by the way’ list.

My last visit (for new prescriptions) included, ‘Oh and by the way, I’m having these issues with my period and I’ve had chest pains at night over the past month or so.’

It occurs to me that when I finally believe I’m sick enough to seek help I’m actually too sick to seek help. I’m sure others must be the same. For every person who fronts up to their doctor with the slightest ailment there must be those of us who walk in with barely attached limbs grumbling about the pain!

Are you one or the other? Or somewhere in between?

PS. I’ve now been to the physio and had some dry needling and the friggin needle she put in my neck feels like it’s still there.