I know I very rarely follow through on my brainwaves.

My Richard Armitage (or <insert name of object-of-desire here>) phone App remains unadvanced, as does my App to verbalise your Twitter Feed and Facebook updates. But… all hail the mighty Debbish… (or not!) cos I have finally done something about those ingenious covers for my TV screen and iMac screen to prevent them from the sea air.

As I mentioned in the earlier post, the problem of living 50m (or less) from the ocean is that the sea air is (apparently) prone to destroy delicate motors and the intricate workings of computers and the like. Am thinking this may also be useful in explaining some of my hair-brained ideas – my mind being both delicate and intricate!

Several months ago I’d decided that I’d go ‘old school’ and planned to make some groovy patchwork covers for my screens. Although daringly impulsive it is indeed true that I ventured into the patchwork store several times and measured my screens on a number of occasions before doing SFA about the covers.

However, I’ve just hosted a visit from my family (brother, sister-in-law and niece) from Brisbane. My SIL is very handy with all-things-sewing and stuff so I dragged them into the local store and worked out how much of the pre-packaged patches I needed.

I went for very bright fabrics – in keeping with my aim to have a bright beachside abode – and my niece and I pieced together the fabrics so they sort of matched, while also clashing, in a brilliantly creative way. And… my SIL then (very generously) sewed them together. 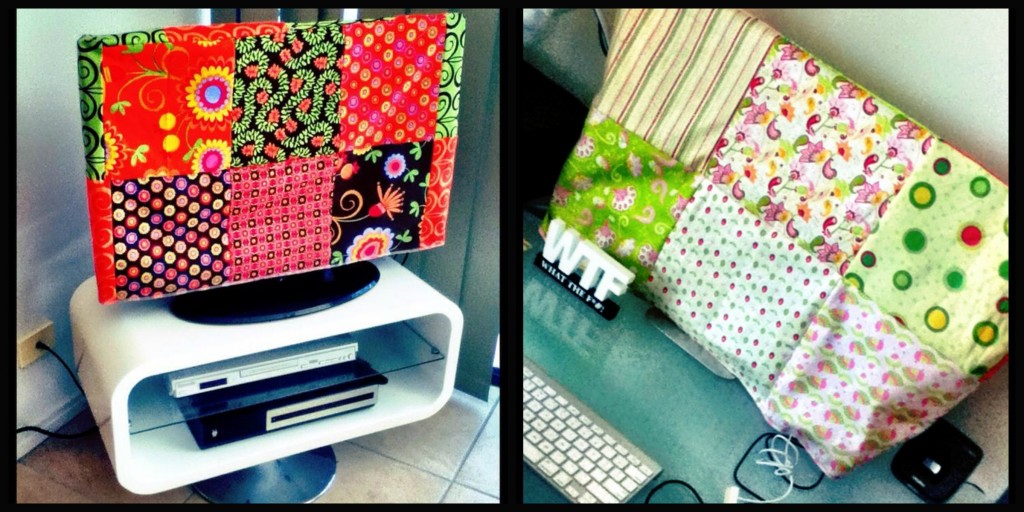 And voila… just a couple of hours later I have bew-de-ful covers for my screens.

Of course now I’m on a roll I’m thinking that some cushions for my outdoor chair could be next on the agenda. Although my SIL and her trusty machine and powers of motivation have now departed. So… perhaps in a few months time… 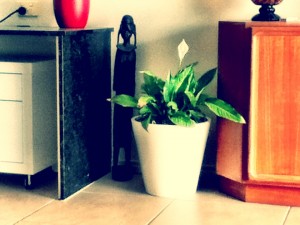 #Inothernews, I should add the plant formerly known as the outdoor-plant-that-was-dying, is now thriving indoors and is even flowering. The fact that I have since killed some herbs through either: a) a lack of water or; b) too much water, will go undiscussed.

Have you / are you planning to tick off any items on your #ToDoList over the Easter break?