You might not have noticed, but I’ve cut back on my blogging. A little. I suspect it’s a ‘that time of year’ thing but I’m considering my priorities and wanting to make sure I spend time on stuff I enjoy (and – in wanky-speak – stuff consistent with my values). Unsurprisingly I’m overthinking everything so decided it’s time for a taking stock post to share the load.

Hosting – a group make-up lesson. I’ve not had my makeup done since I was last a bridesmaid in 1996. And I’ve not really worn makeup since the late 1990s but part of my #5before50 bucket list involved getting my makeup and some pictures done. I’m conscious it sounds like a vain thing to do, but I felt I needed the reminder I don’t always HAVE TO look old and frumpy. Sadly I’m not sure the photo thing will ever happen, but… some friends and I booked a local makeup artist (who also makes her own products) to come and give us a lesson. And it was excellent. The biggest surprise for me was the difference a well-drawn eyebrow can make! 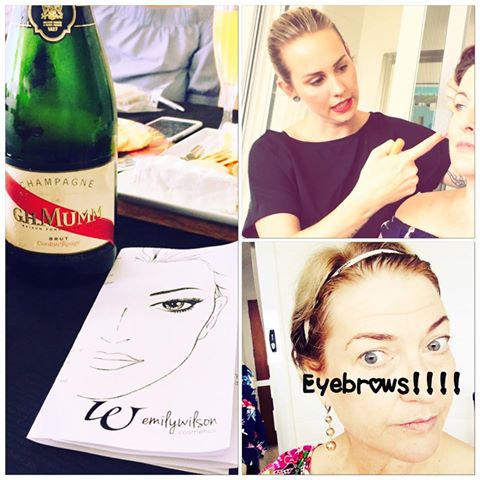 Hating – my hair. Still. And yes, I know it’s also vain and is the epitome of #firstworldproblems

Exercising – barely at all, though (re)started pilates this week. I had an assessment and instructional one-on-one session a few weeks ago and this week I’ve started in small group classes. It’s not cheap but I might increase it to twice weekly down the track. There aren’t a lot of local options but the class I’m going to is in my mum’s hometown (where I now work) so I’m doing that on nights I stay at her place.

Enjoying – being back at full-time work. Well, I’m not sure enjoying is the right word but I’m actually not hating it, which is a surprise. I’d forgotten how quickly the working week (and then weekend) flies by. So time in general is rushing past. I’ve been back for seven weeks now and though I’m still settling in it’s already offering me more of the challenge I’ve been looking for.

It’s still taken a little bit of adjustment of course. On the days I stay at my own place I forget I need to factor in the travel time to work, and my hours are less flexible than they used to be. I sometimes wake and am not sure if I’m at my place or my mother’s; and I’m still leaving stuff I need at the place I’m not at – earrings, clothes, lunch, my iPad.

Planning – my overseas holiday. Well, thinking about planning it. I’m thinking I’ll limit the trip to a month cos I know I get testy if I’m away from home for too long. I’ll pretty much spend 2-3 weeks in Italy (including one in Tuscany at the writing retreat) and I’m thinking I should go to England (at some point in my life). I’ve no desire to see London but keen to potter around little villages and drink in country pubs (as seen on Escape to the Country, Ballykissangel and other BBC productions). A friend who lived there for over a decade suggested the Cotswolds is where I need to go, so I’ll look at a week or so there. Somewhere.

Pondering – on the point of it all. Interestingly until the last week or so I found working full-time made me more efficient at getting other stuff done. I know people find that’s often the case – the busier they are, the more productive they are (in their limited free time).

My resilience has been tested though… by internet issues at home and that (aforementioned) thinking about my priorities and how I really do want to spend my time. I’ve got no answers about that yet, but that’s okay…

Any suggestions re England and the Cotswolds? Anything interesting happening in your part of the world?