Don’t fall over in shock, but this is a non-bookish post. According to my vast research (ie. searching my website), the last time I did a ‘taking stock’ post of sorts was back in February, when I did – in fact – announce I was taking a break from blogging. I wasn’t sure then if it would be all blogging or just the non-bookish kind. As it happens it’s been the latter… and I must admit I’ve missed sharing my each and every thought here, but it’s been an interesting process – to let go of thoughts and feelings without feeling compelled to share them.

However… I decided – for reasons unknown (and not just cos I was awake early 😉 ), that I would do a ‘taking stock’ post today, adapted from the original developed by Pip at Meet Me At Mike’s.

Reading: some amazing books lately. A friend used to call me the ‘Queen of the 3-star’ reviews. However recently most of my reviews have been 4-star or greater and I think it’s probably more about the quality of books I’m receiving than my scoring becoming more sympathetic.

Watching: almost nothing. I’ve not even turned Netflix on for a couple of months and am barely keeping up with my meagre TV viewing. Indeed I’ve got 4 episodes of This is Us to watch at some point.

Wanting: some art from two local artists with whom I’ve fallen in love. Karen Anderson and Leigh West’s work reflects my current state of mind, so I’m saving up…

Whinging: about constant ear infections for the past few months. I’ve tried to limit my moaning but hopefully this week’s visit to a specialist (having discovered a perforated ear drum) has resolved the issue.

Wearing: my new Fitbit blaze and I’m in love. It’s wonderful. Not only can I monitor my steps, but I can monitor my sleep and if I wanted I could monitor my calorie intake as I’ve linked it with my My Fitness Pal app. I’m not doing a lot of exercise but… I’m doing incidental exercise now and my Fitbit reminds me to get up every hour during the day and move. I’ve only set my steps target at 8000 which I’m reaching almost every day pretty easily. 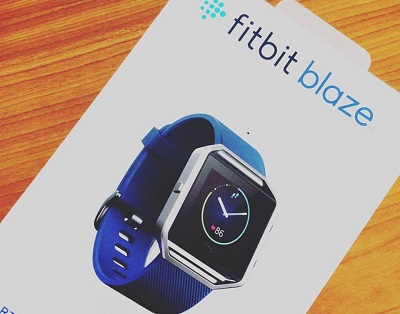 Celebrating: a shift in mindset (post-weightloss surgery). It’s not my a-ha moment, but I had a huge revelation a few weeks ago. I was feeling really down on myself because I’d not lost any weight in ages and felt I’d let everyone down. I felt like I’d failed. I knew that the surgery was just a ‘tool’ and like any other it was up to me to make necessary changes. Even though I’d lost 40kg I felt I’d wasted the opportunity I’d been given. The all or nothing (diet) mentality was kicking in. And I’d started bingeing (as much as one can with a smaller stomach).

Realising: that I was completely focussed on what everyone else was thinking. I sat back and thought about my reasons for surgery and realised that I had achieved most of them (even though I’m 10-15kg over what I’d like to eventually weigh and 25kg over my ‘official’ goal weight). I’m fitter, healthier. I can walk without getting shin splints or a sore back and hips. I can get up off the couch with minimal effort. I feel better.

So, I decided I’d stop TRYING to lose weight. I’d eat whatever I wanted (though still with a focus on protein). And naturally… I’ve stopped bingeing and I’ve started to lose (just a little) weight again. But I don’t want that to be the desired outcome. Just the side effect.

And with that over-share I realise this post has gotten really long and I’m about one-quarter of the way through the list. Perhaps I’ll be back again soon.

Is there ANYTHING I haven’t shared you want to know?

Linking up with the lovely Lovin’ Life team, cos it’s Thursday.