For reasons unknown I’ve struggled with a topic for today’s post. I’m trying to keep my Thursday posts up-beat and non-book related but the inspiration fairy has seemingly deserted me this week. So I’ve decided – given it’s December 1st – to ‘take stock’… something initiated by Pip from Meet Me At Mike’s. Adjusted slightly to cater for my own idiosyncrasies… of course.

Making: a painting. Kinda. I’ve been pining for this picture to brighten up my study but the version I liked wasn’t cheap, so a bit frivolous when I’ve had so many other expenses of late. However… I found the same pic on Etsy so bought and downloaded it, printed it at KMart and bought a cheap frame. And voila… Frida is brightening up my study. 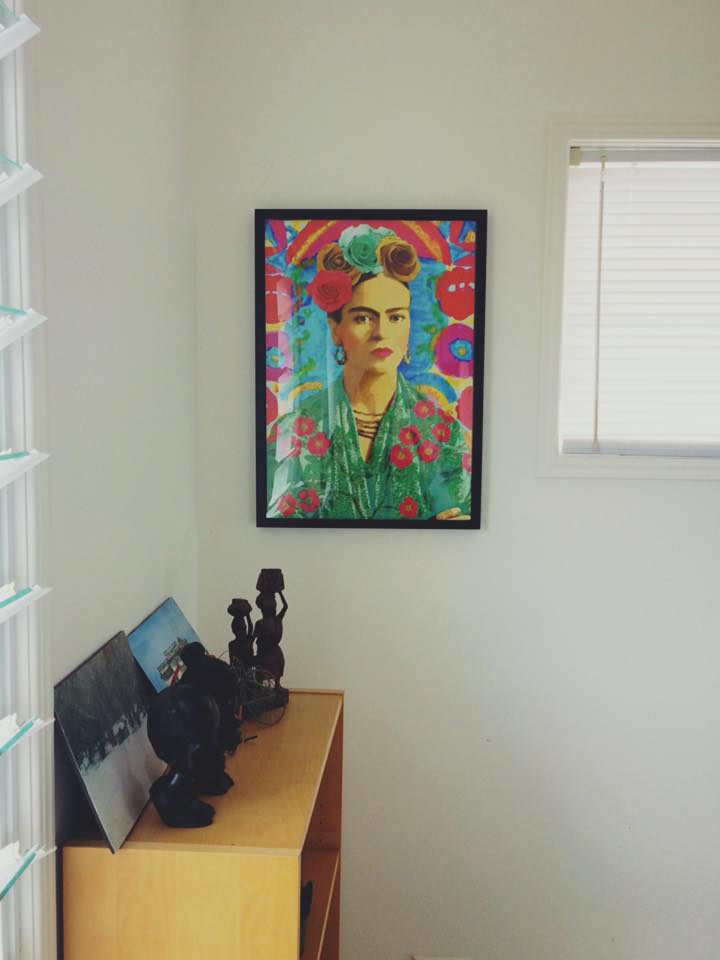 Cooking: but rarely. Since my weightloss surgery my interest in cooking (and eating) has diminished greatly. I tend to cook up some mince / chicken / steak once a week and eke it out over several days. It’s also sometimes easier to nibble on protein bars or drink protein shakes. And then of course my darling mum keeps me stocked up with leftovers. At the moment it’s her slow-cooked braised steak. Because I’m so focussed on getting my protein I don’t even worry about accompaniments. Like potatoes (rice, pasta) or veges. Pre-surgery there was nothing I loved more than my nightly dinners which involved mounds of potato. Now, it’s taken me 3mths to get through a 2kg bag.

Drinking: bloody Vanilla Diet Coke. Again. It became hard to find, so I gave it up early this year, but I’ve been slowly increasing my intake. Initially just as a treat, but now almost every day. Again.

Reading: Lots. I mean, hello… book blogger?! However, I’ve had to cut back the last couple of weeks as I’ve gotten behind with my reviewing and need to catch up.

Remembering: I’ve got an endoscopy scheduled later today. It’s no big deal, other than having to leave work a bit early. I have to have them every two years because of my coeliac disease… and some other stomach autoimmune thing I have – the name of which I can never remember.

Watching: I’ve just finished the TV show Stranger Things and totally binged on the second half. Each episode ended in a way that drew me in and I had to keep watching. It’s like a cross between The X Files and Stand By Me. Kinda. Oh and the bloody maternal instincts Millie Bobby Brown’s character (Eleven) drew out of me, were just scary. 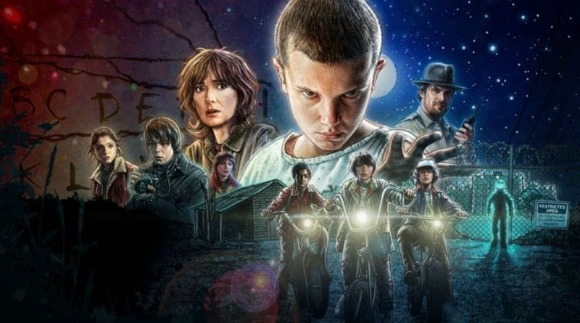 Planning: my trip to New Zealand. Or not. I’m only going for 4-5 days but have a day in Brisbane either side so leave in a week. And I am spectacularly (though unsurprisingly) disorganised. My new passport – however – has arrived. So that’s a good start.

Enjoying: plain Cadbury’s chocolate far more than I should. Freddo Frogs have become my downfall.

Waiting: for inspiration to strike. I’m finalising my ‘favourite books of 2016’ post and struggling with it a little. It should be easy as I can sort my reviews by ‘star’ or rating… but when I contemplate the books, some 4 star books loom larger in my mind and memories than some 4.5 star books. Oh the joy of being an over-thinker!

Marvelling: that I’ve been in my ‘new’ house for three months today.

Smelling: Christmas and Cane Beetles and being reminded of my childhood.

Wearing: old stuff I haven’t fitted into for 4 years. I’ve now lost about 33kgs (73lbs) but still have a long way to go, so I’m not buying anything new at this stage. It means I’m back to what I was when I made my seachange so it’s been a relief to have some old stuff to wear.

Thinking: Too. Bloody. Much. Always.

Feeling: stressed about my lack of exercise. I’m getting to yoga weekly but not as enthusiastic as I hoped about regular walks or other cardio. It’s something I need to work on.

And that’s it from me on this first day of December. Can you relate to any of these, or are you just exhausted and unable to think at all?