Someone in the Aussie Bloggers Facebook Forum recently asked the group how to respond to a very negative comment they received on their blog. I watched for the responses with great interest.

Fortunately on the whole I fly under the radar. I do – however – get the occasional unhappy reader or frustrated responder. And. It. Absolutely. Kills. Me.

A few years ago I got a negative comment on my diet blog that almost led me to quit blogging. (The person basically told me I was fucked in the head and needed mental help. God, HELLO?! I say that all of the time, but…) 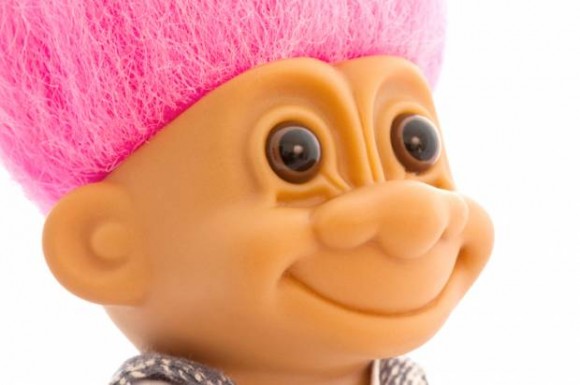 I’ve probably only written a couple of snipey or sarcastic posts which have warranted any negativity and it was undoubtedly deserved. But it doesn’t stop it gnawing at me. Indeed, I freak out if someone’s nasty to me on Twitter (which I did the other night when someone called me a tosser!), so I have no idea how I’d cope if I was a ‘known’ blogger and dealing with online trolls or if I was someone who put themselves out there more and had to deal with rejection.

I’ve done a bit of reading and most of the advice when it comes to negative feedback seems pretty much the same.

1. Try to look objectively at what you’ve done or said and what you’ve been ‘accused’ of. Could the accuser be correct?

Try to see it from their point of view. Perhaps you haven’t been as clear as you’d like or perhaps you’re wr-wr-wrong.

2. Are they really being nasty, or just disagreeing?

We’re all entitled to our opinions. Someone not agreeing with us isn’t the end of the world, but have they done it in a polite way? (For example, I thought the person who called me a tosser the other night was out of line. I’d expressed an opinion – that I wished all spousal violence / murders, received the publicity and outrage that a current case in Australia has been receiving – and if someone disagreed with me… I’d never call them a tosser!)

Are you prepared to go to the mattresses on the issue?

Generally, if someone just disagrees with what I’ve written I’ll thank them for their comment and accept that they’re entitled to their own opinion. (Of course I’m usually sure they’re wrong and feel sorry that they suffer from such delusions, but… 😉 )

If someone’s rude or snarky I’ll try not to get into a slanging match. In the past I’ve occasionally tried to explain my point of view, but realise sometimes there’s no point. I also don’t believe in airing dirty laundry in public and cringe when I see people having arguments on Facebook or the toing and froing that ensues.

The ‘you need mental help’ comment I mentioned above, I left on my blog (ie. didn’t delete), but I emailed the person directly.

I’d written a very tongue-in-cheek post about a day of eating… on my birthday when I get my annual cheesecake and basically ate badly all day. I don’t think the person ‘got’ the sarcasm and couldn’t understand my glibness about it. In fairness to them however, they weren’t a long-time reader and had no idea I’d had/have eating disorders and was far from declaring myself ‘sane’ when it came to food anyway!

It worked. The person responded and apologised for their reaction but I realised that my glibness isn’t always appreciated and perhaps I need to add some context in future.

Of course, much of my fear (and that of others) when it comes to negative feedback comes from that desire to be ‘accepted’ and worrying too much about what others think. The evolved part of me realises that we’re entitled to our opinion and feelings and should feel free to write about it (as many journalists and columnists do); however, while I feel the need to be honest in my blogs my fear of rejection remains strong.

So… I wonder: how do others cope with online criticism, trolls or even criticism IRL (in real life)?