After a week or two of ridiculously high temperatures and bush fire dangers, a wannabe cyclone has dumped a huge amount of rain on parts of my state, causing significant flooding. ‘Mini’ tornadoes also wound their way about, near where I’m now living.

I’ve been perfectly safe and minimally impacted, but as I live on the coastline, I had a bird’s eye view of the wild weather: waves cascading over the seawall; and esplanade palm trees swaying (to a scary angle) with the high winds.

Indeed, as I followed the weather last night on Twitter (as you do) I occasionally got up to check that it was just the wind howling around my apartment and that I hadn’t been captured in some gust of wind and would soon be responsible for the death of an evil witch. 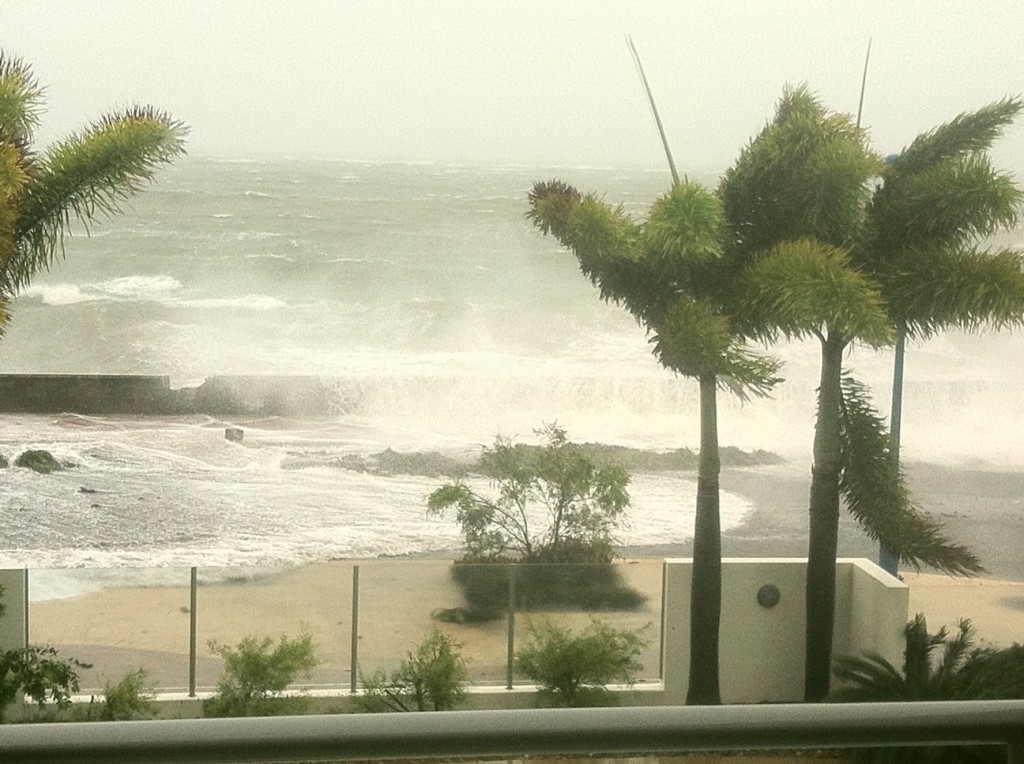 We were warned to stay away from windows: a problem for me, as glass windows and doors comprise the entire front of my apartment. Nonetheless, I tried to refrain from standing too close – the vibrating windows worrying me just a tad.

I grimaced when someone on Twitter asked if brick houses were supposed to shake.

Although I knew I was in no danger and others were far worse off, being the drama queen I am, it reminded me of a night 15-16 years ago.

I was living in Cambodia at the time, working with a government department in a voluntary capacity in the country’s capital, Phnom Penh.

After UN intervention and recent elections, the country was governed by two (yes, two) Prime Ministers in an arrangement which was deteriorating by the day.

The international community was starting to get warnings about needing to stock up on supplies in the event of significant unrest. I’d registered with the Australian Embassy, drawing a diagram of the location of my nameless dirt street (behind the Museum) and number-less apartment.

And – like many others – I spent my days in a state of nervous anticipation.

And then… one night: gunfire and explosions.

I must confess I felt panicked and petrified. Irrational as they were, my thoughts were of the atrocities of the Khmer Rouge and I envisaged them rounding up the expats living in the city and torturing us to death.

‘This was it,’ I thought and raced around my apartment, deciding what I would take when I fled the country. (Amazingly all I collected was some money and all of the photos of my niece I had scattered about the apartment!) 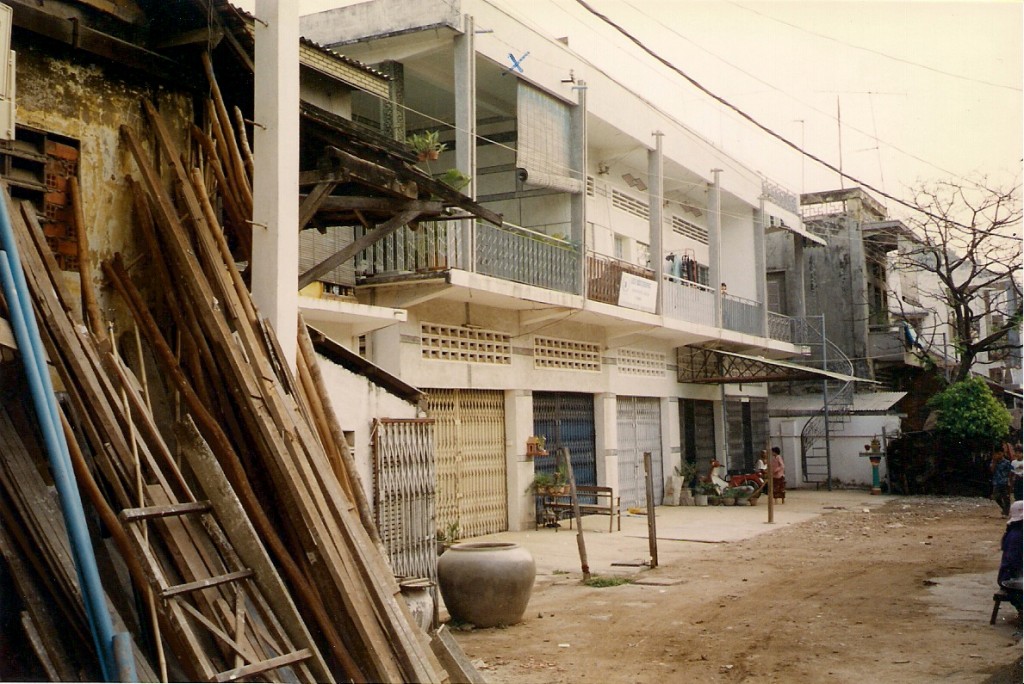 I tried to work out where I should sit in my apartment in the event it was hit by a bomb and I had to climb out of rubble. I opted for the front, which seemed the most sensible and sneaked a look out at the street to see if there was any activity.

With no telephone (or power!) and no one to talk to, I eventually went to bed with my shortwave radio (and BBC World News) next to me… awaiting news of our departure.

Eventually it was revealed that there was fighting between the guards of the two Prime Ministers. Casualties were minimal, but it occurred just a street or two away from my place.

I saw a friend the next day who lived on the other side of town. She’d heard nothing and was completely unscathed by the episode.

But for me it was the beginning of the end. After another week or two I decided to pack up and leave, to the delight of my family back home in Australia.

When I arrived back in the country I called my parents from the airport and learned that the Phnom Penh airport had just closed and the Australian Embassy was rounding up Aussies still there to get them out of the country.

Lying in bed last night, monitoring twitter while listening to deafening rain, gusting wind and splashing waves was nothing like gunfire and bombs… but it was a vivid reminder of something I thought I’d long forgotten!