So much for starting the new year with a bang. First I published an overly-dramatic post about food and my weight. Then I accidentally got sunburnt when visiting the local pool for a friend’s birthday celebrations. (A no-no for me as my father ultimately died as a result of skin cancer. Sort of.)

But, as this morning rolled around and those gainfully employed prepared to return to work, I decided I’d start the year afresh and on a positive note. My university break was over and I’d already done the reading required for the coming week. I was due to head back to my over 50s exercise classes and my clothes were laid out ready. 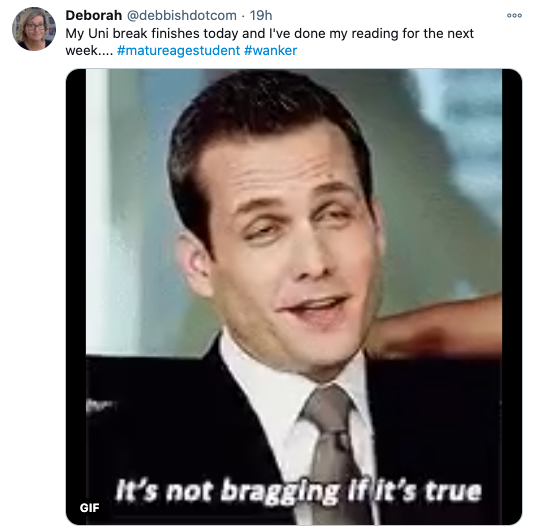 Because I woke very early (5am) I probably should have contacted my instructor to see if I could attend the early (7am) class. Because I’m not good at waiting. IF I have to go out and do something, I need to do it first thing or I can’t be arsed.

But I sat at my desk and checked emails, pfaffed about and scoffed diet coke. Just before 7am (with an hour until my class) I was feeling weary so decided to have some leftover ravioli from the previous night. Carb-loading if you like.

I’d almost finished the leftovers when a big bit of cracked pepper got stuck in my throat. Of course I realise it was unlikely to choke me – given its size – but it was hot and left me struggling to breathe, coughing and spluttering. Stars appeared before my eyes.

This is how I die, I thought.

Naturally I later shared that thought on Facebook but also wanted to make sure people knew I was joking so spent ages searching for the Bridget Jones joke about dying alone and being found half-eaten by Dalmatians. I couldn’t find the quote so had to post to Facebook without it, hoping people realised I wasn’t seriously at death’s door.

It was only later (after a rest) I realised the quote involved Alsatians. Not Dalmatians. (Obviously the almost-dying thing meant there’d been a lack of oxygen to my brain and I was confused!)

After the choking episode I flopped on my bed. And promptly fell asleep for the next hour, thereby missing the first exercise class of the year. Shit. And oops.

So, a not-so-impressive start to the New Year. But I’m determined to make up for it. And though it’s not yet lunch I have managed to do three job applications / queries and some brainstorming for my next University assignment.

Oh and I’ve managed not to choke myself further despite finishing off some brownies for morning tea.

Things are looking up already.