I am no aficionado of dance.  By a long stretch.  Or by any stretch.  I don’t really know what krumping is and though (I think) I know what a pirouette looks like, I have no idea what an arabesque is.

I possibly offended my sister-in-law and niece years ago when I finally admitted that I didn’t enjoy accompanying them to classical ballets.  For me the night was akin to a slow-moving book or movie – where I just wanted those on stage to get on with it.  I admit to a frustration with plodding (though beautiful) prose.  Ballet presented me with the same problem.  Though I could guess at the vague degree of difficulty, it seemed a monotonous and a long-winded way of getting to the point.

Having said that, I suspect a night of endless hip hop or contemporary dance would be as tedious to me.  Though I accompany my niece to some of her eisteddfods (and I can happily watch my niece dance until the cows come home) where a myriad of styles are often show, my favourite shows are the end-of-year concerts where there is more variety.

The art of dance itself has garnered more attention and support recently with the advent of TV shows, Dancing with the Stars (which I don’t watch) and So You Think You Can Dance (which I do watch).  Note here I refrained from adding Dance Your Ass Off, as I don’t think it lasted long enough on our screens to count as having any impact on its 17 nation-wide viewers!

SYTYCD restarts on our TV screens tonight which I discovered yesterday as I watched an old MC Hammer film clip and marveled at the ability of the African-American chicks (in the video) to shake their booties.  This (of course) led to some sort of pondering on genetics and nurture versus nature (I obviously have WAY too much time on my hands!!).

There is no question, for example, that some cultures include music and dance as part of their everyday lives, and not solely for the purpose of eventually ‘performing’ for an audience as many of we Aussies do.

In the mid 1990s I went to work in Mozambique (in south-eastern Africa) as a volunteer with a women’s non-government organization.  I recall walking to the shops in my first or second week in the country and being enchanted as I was passed by a convoy of trucks carrying groups of men and women all singing and dancing.  They were in the throes of a wedding – always a huge (and loud) celebration in Mozambique.  I wanted to ring home and share my excitement at what I had been privy to. 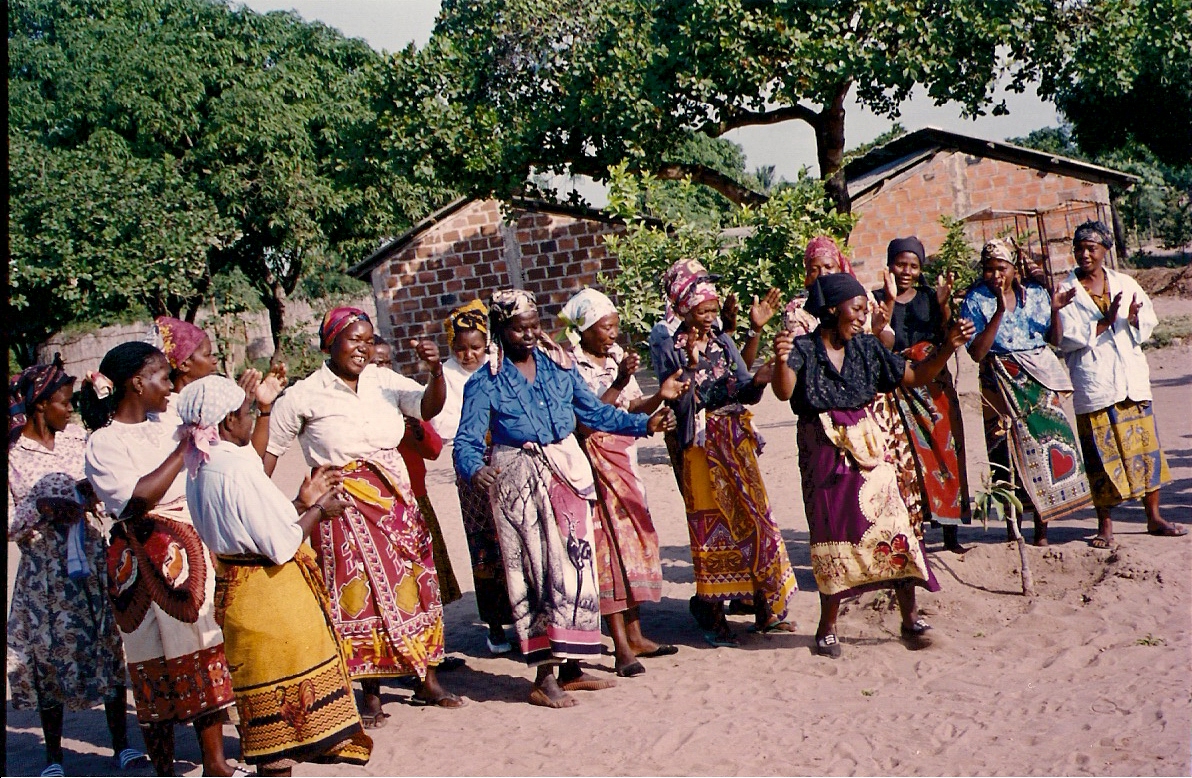 I worked in the head office in Maputo but about a week into my time there, my counterpart and I traveled to the outskirts of town to visit one of the groups we supported. We were greeted by the group at Boane with song and dance.  I was delighted.  It really was the stereotypical Africa that you saw on television.  And, of course I was also eventually dragged up to join the women (after being draped in a capulana – piece of fabric / sarong). 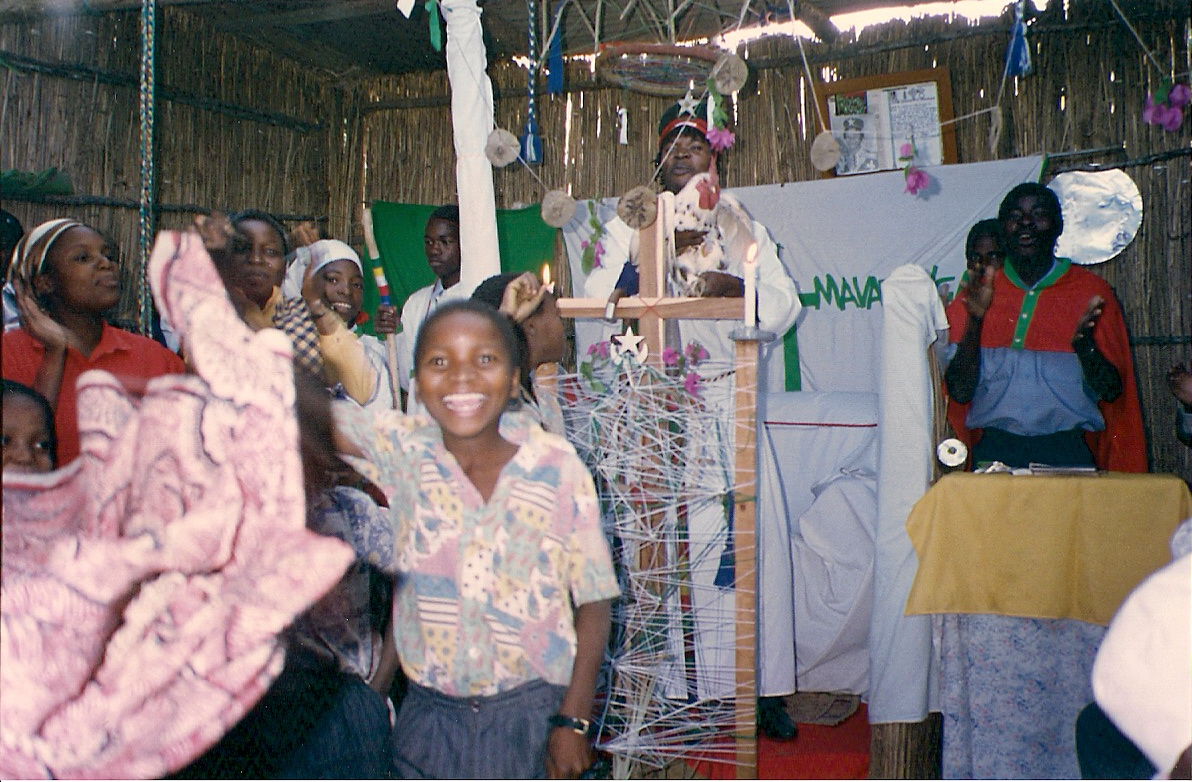 As my time in Mozambique wore on I became more accustomed to the role that singing and dancing played in their culture and lives.  Some of the issues we promoted (family planning, safe sex etc) were translated into songs.  I sat in a church where a priest-of-sorts and his hen (or perhaps it was a rooster?  I couldn’t focus as I was worried it was to be a sacrifice* and wasn’t sure how NOT to react) preached to the masses before one of our Activistas (facilitators) presented a session on AIDs – complete with demonstrating how to put a condom on a fake penis – before we broke into song and dance. 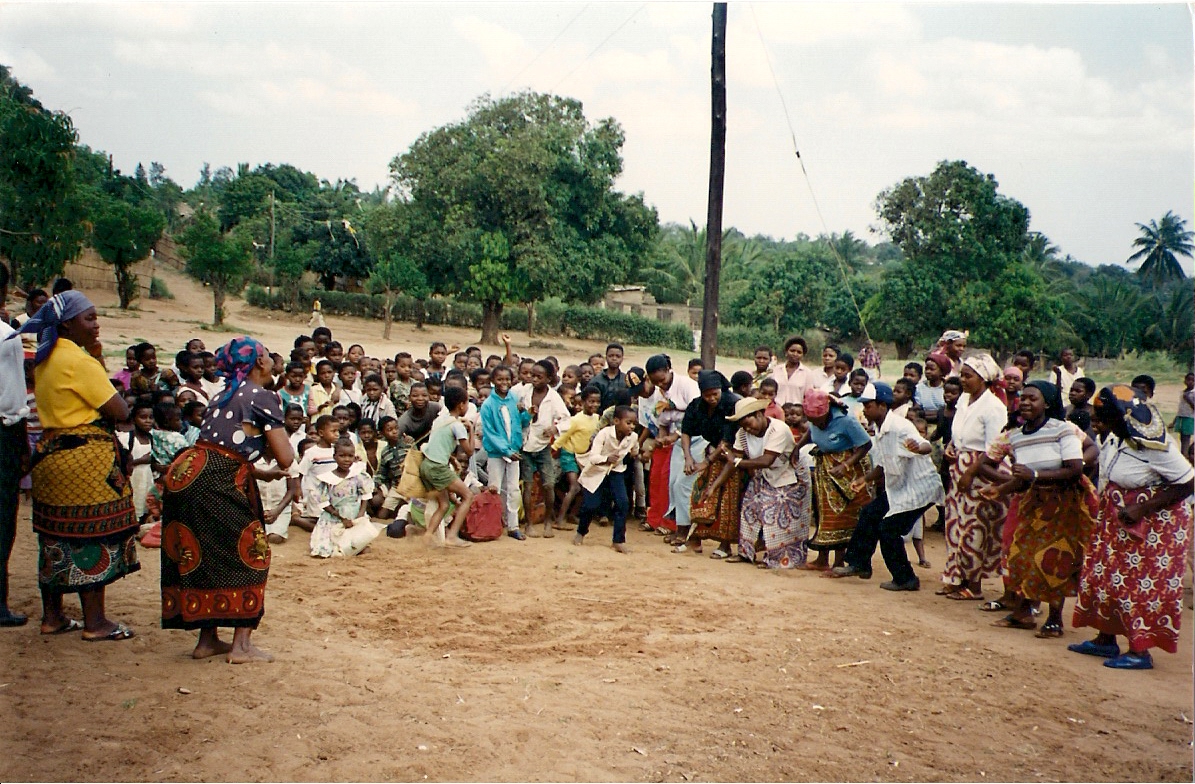 In a place called Xai Xai, I remember some young boys getting up to join the dancing women.  And it took me a while to realise that they weren’t taking the piss out of their elders for doing something that they found ‘uncool’.  They just wanted to join in.

Of course as time went on, I became more inured to what-once-thrilled me (or horrified-me in the case of many Mozambicans with missing limbs as a result of land mines and homeless children sleeping on the footpaths in rags).  I have to admit to occasionally getting frustrated on our visits across the countryside.  I wanted to see other aspects of our work in action.  Did, I wonder, the singing and dancing ensue when I wasn’t there, or was it all for my benefit?  Something in between I suspect.  But there was no question about the fact that music and dance brought such joy to these people facing difficulties once unimaginable to me.  Something I should remind myself of (as I settle down tonight to watch SYTYCD) now that 15 years have passed since I lived amidst such passion and was fortunate enough to share in it for a while.

*Note.  The hen / rooster made it safely through the service though it did run amok at one point.  We (the official party) were however served a meal of chicken and rice after the service, so unless there was something special about it, I was not really sure how long the hen/rooster would last in the overall scheme of things!