Last week I wrote about a podcast in which Elizabeth Gilbert spoke to Brene Brown about creativity, failure and everything in between.

I was particularly interested in something Brene mentioned towards the end of that podcast about sharing with others, and how we decide what we share.

Sharing the stories of others

In the Magic Lessons podcast series, Liz Gilbert also talks to Cheryl Strayed (author of Wild) about sharing the stories of others. Strayed was probably a bit more reserved than Gilbert and that was something I appreciated.

When blogging I’ll occasionally mention ‘a friend’ or someone I know but try hard not to write about something that isn’t MY story to tell. Strayed and Gilbert talk about secrets and the need to consider who might be hurt by our words. I see a lot of people make inappropriate comments on social media… about their workplace or colleagues or about their relatives. I did a big Facebook friend cull last year in an attempt to keep my personal account limited to those I know and trust, but still… 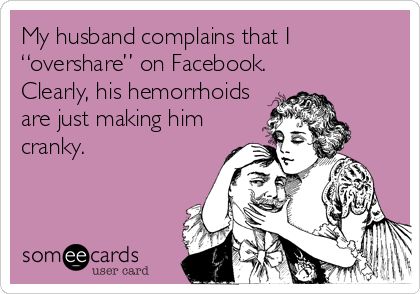 I know there’s often a lot of debate about sharing pictures of our kids on non-private social media platforms or blogs and the like. Not something – thankfully – which I’ve had to consider.

I’ve been caught out a couple times with family stuff I’ve shared online without asking; but usually I TRY to ask someone’s permission before I share their picture or story. (Well, except for my mother, cos I’m fairly sure publicly making fun of her hoarding tendencies helps make the world a better place!)

Sharing our own stories

What interested me the most in the Gilbert / Brown podcast however, was Brene’s comment about what she shares about herself.

She talked about owning or orphaning our stories.

She firstly suggested we ONLY share with those who’ve earned the right to hear our stories.

I like that concept generally and it makes sense. As someone who’s prone to tell a complete stranger their life story, I really need to rein myself in at times.

But she also said we should ensure our own ‘healing’ isn’t contingent on the audience’s response to what we share. She recommended we ‘process’ stuff first. 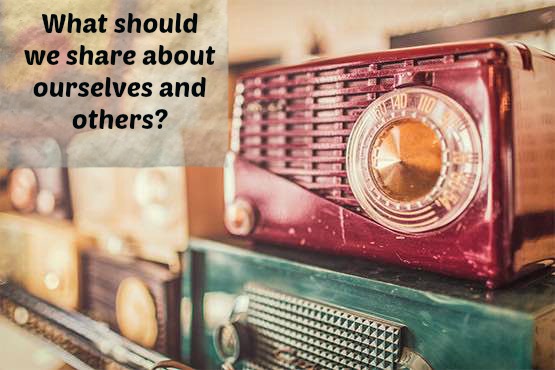 I’ve often talked about the fact that I find it quite cathartic to blog or write about something that’s playing on my mind. It helps order my thoughts and release them from my mind.

So I wonder… am I doing myself a disservice by sharing stuff that I haven’t ‘processed’. Stuff that’s stressing me out?

And worse still… Brown suggested that sharing stuff before we’re ready is not generous or giving.

Because they were talking about creativity and life, I realise Brene wasn’t only talking about our online lives. But I’ve been pondering on this ever since?