I’ve always meant to participate in one of these things and started this early in the month so I’ve actually been able to remember what I’ve done…. or at least the highlights / lowlights.

However…. I published a mid-way post cos it go sooooo long. I’ll try to be more succinct for this second half of the month. (Famous last words!)

17 June – Sunday morning and I meet my friend, her partner and my godson at a local sportsfield to watch 6yr old Pickle in a karate workshop. When asked to have a family member / friend join them he grabs me and I’m forced to hold onto my jeans with one hand and attempt karate gestures with the other! I also have a second date with someone.

18 June – This head cold has dragged on and though I’m loath to visit the doctor for something I’m not sure they can treat I start to consider it.

19 June – Very successful work meeting I’ve been trying to organise for ages which gave me a lot of answers I was after!

20 June – I make the momentous decision to change my o/s holiday. I dread having to change my flights however…

21 June – No Handmaid’s Tale on TV here in Oz thanks to the World Cup Soccer. I’m tempted to watch it online instead, though hoping to delay gratification and wait until the double episode next Thursday!

22 June – I’ve got a workshop to attend in a nearby town and for the first time in 2yrs in this job I get to be a passenger on the drive! The workshop’s good, though a reminder that my role on the project will soon be at an end and I feel a little sad / disconnected.

23 June – Naturally as it’s a Saturday I’m awake at the crack of dawn so get some book reviews drafted. I’m back in bed for a nanna nap at 10am though before a friend and my godson drop over for lunch (with chicken & chips), which is a lovely treat.

Some of the books I’ve read

24 June – Out for lunch, though I stick to bacon & eggs cos of the whole coeliac thing and lack of other options. I also attempted to have some champagne but the combo didn’t really work. *sad face*

25 June – Pilates after work and an overnighter with my mum. She made mashed potato to accompany the scotch fillet steak (and peppercorn sauce) I was making. It used to be my favourite winter dish!

26 June – I decide to watch Hannah Gadsby’s Nanette. I’d heard the first half dragged but the second half was amazing. I enjoyed it all and found parts of it amazingly confronting. It probably needs a separate explanation but I must admit I’m not as convinced by our need to demonise ALL men however and it’s something about recent #metoo movement with which I struggle. Not all men are dangerous. Not all women are victims. Sure some men don’t speak up and challenge the behaviour of others; but I disagree with making all of one race / sex / religion / whatever accountable for the action/attitude of others. 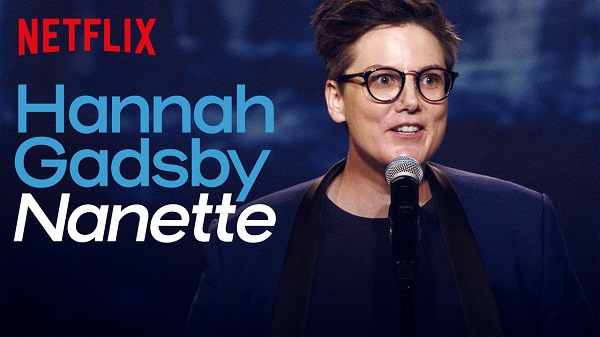 27 June – I have a ‘make-up’ pilates class after work which means extra night at my mum’s who cooks a yummy slow cooker satay beef via the popular Slow Cooker Central for dinner.

28 June – A loooong day, with an early work meeting in a nearby town, requiring me to leave home at 6am. After post-work pilates my mother and I go phone shopping. Both of our iPhone 5s are dying so we get new 6s. I spend the evening setting up her mobile phone AND her new home phone (which was also past its prime)!

29 June – My childhood hometown is the birthplace of PL Travers (author of Mary Poppins) so it’s the start of the Mary Poppins Festival and I contemplate braving the crowds, but decide I need to be somewhere people aren’t.

30 June – I’m out and about early doing chores before watching my godson play soccer. We brunch afterwards but the menu’s changed at an old haunt and it’s not until later I realise the Eggs Benedict I’ve eaten obvs aren’t gluten-free. (And so I’m finishing this in close proximity to my bathroom!)