I’ve written before about my habit of negative self talk and self-deprecation. I’ve even named my inner critic in an attempt to silence her. (Bloody Myra!)

At least nowadays I usually recognise when I’m doing it. However, as you’ll probably know… preventing the thoughts in the first place is far more difficult.

I know it’s related to one’s confidence and self esteem. I’m conscious that I speak to myself in a way that I’d never speak to someone else. For that would be rude. I also know that constantly berating oneself can erode one’s defences, however hardy. 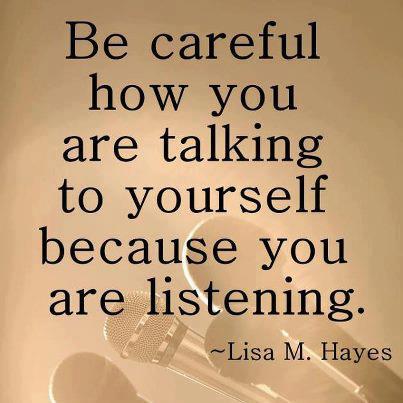 I often listen to Jennifer Polle hypnosis and meditation recordings at night. (And during the day when I need it.) I have one particular favourite but I’ve mixed it up recently and been listening to another. Often. I like the relaxation technique at the beginning of it (imagining ourselves tiny and floating down to the ground atop a feather). The recording is called Keeping Faith With Yourself. The word ‘confidence’ she advises, can be defined as ‘keeping faith with yourself’.

In this particular recording, after we and our feathers have landed on solid ground Jennifer talks about the notion of ‘doing unto others as we would do unto ourselves’. However… she notes – many of us treat ourselves in ways we would NEVER treat another person. Ah yes… I suspect everyone at home is nodding along.

At my kindest I (often) mentally say, “God Deborah, you’re so fucking stupid!” At my worst, I tell myself I should be ashamed of what I’ve become and what I’ve (not) done with my life.

Again I’d never (like NEVER EVER!) say these things to another person. That’s a no-brainer. 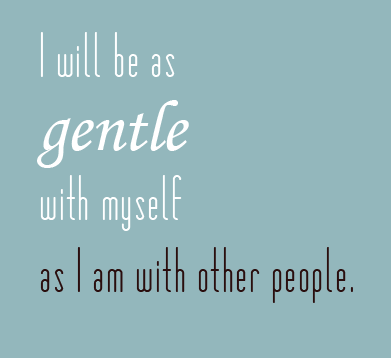 But Jennifer asks us to think of a younger person or child we know and care about. My niece is older now, so I tend to think of my friend’s son, Pickle (who featured in a recent post and who I ADORE). Not only is he gorgeous and ridiculously loveable, but he’s got this incredibly expressive face. He’s practically an open book.

Jennifer asks us to imagine saying the things we say to ourselves to this younger and more vulnerable person.

When I imagine myself telling Pickle he’s stupid (the nicest of my self-insults) I can picture his face dropping. I can see his beautiful big eyes widening and filling with tears. In fact it makes me cry to think someone could or would hurt him in that way. And it kills me to think how that would affect him – particularly if he heard it again and again.

Jennifer asks us to transfer the protective kindness we have for that person to ourselves. To: imagine caring for ourselves that much; imagine wanting to protect our own feelings that much.

Although the issue of negative self talk is not new to me, I’ve practically become obsessed with this notion. More than just being conscious of insulting someone; but really considering how our words could impact on another, and how they could impact on someone fragile. Someone vulnerable. And someone we care about.

Can you picture how your words would hurt someone else? Someone fragile or vulnerable?

This isn’t a sponsored / paid post (and I’ve bought 3 of the 4 Jennifer Polle CDs I own – winning the 4th!) but if you’re interested in her stuff, check out her site.

I’m linking up with Jess for IBOT today.