I was talking to someone earlier this week about last week’s post. The one about self-care…. the fact that it looks different for everyone and that sometimes it’s about doing the stuff we don’t want to do in the short term to make life easier, in the long term.

My devoted listener (aka the therapist I pay to listen to me) commented that she’d recently been involved in a similar discussion. One which took a slightly different turn. It was she said, about self-care vs self-indulgence.

“Oh. My. God!” I exclaimed and demanded a pen so I might write it down. “It’s perfect blog fodder,” I told her.

I’d been talking about the amount of frivolous spending I’d been doing lately. Not only have I bought shoes since returning to full time work, I booked the Italy trip and had airconditioning installed (last week, finally) and I also bought a dress I might not really need.

I talked about my perception of myself being irresponsible / frivolous and flighty and not spending money RESPONSIBLY (on house-y stuff, like repairing the rotting verandah balustrade or rebuilding the patio and dodgy side stairs)… rather than wantonly spending it on doona covers and dresses. 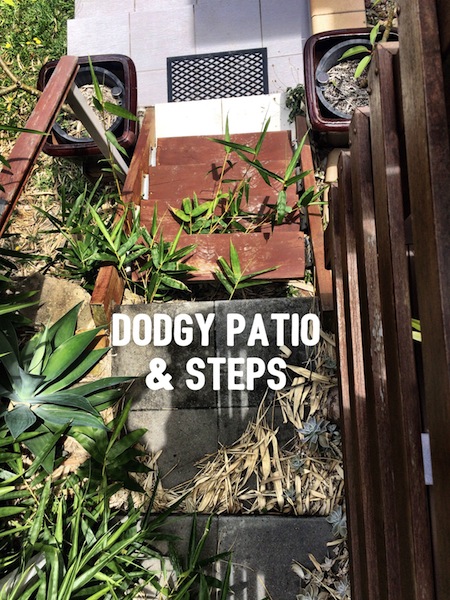 We circled the topic of priorities and I said it was pretty easy to keep my spending in line with my values and priorities when not working or working part time. There were no new clothes for years. No new doona cover, few meals out and definitely no holidays. I didn’t skimp completely however, buying nice wine, decent steak and so forth.

But now I’m earning a full-time wage again and have a teensy bit of play money I’m kinda torn. Is it okay I bought the dress? Should that money have gone towards my verandah?

I said I wasn’t sure I was being as responsible as I should be in my spending. I know the full-time thing (and having play-money again) is new, but… where will I draw the line.

Which led to this next step in the navel-gazing puzzle.

When does self-care become self-indulgence?

My shrink suggested that ‘some’ people would think of a massage as self-indulgence rather than self-care.

“Ahem,” I spluttered. “That would be me.” And it’s true. For me that goes beyond self-care. It’s a non-essential. It’s a treat. Says me.

And I was again reminded of last week’s post. Just as self-care looks different for everyone, the self-care / self-indulgence continuum does as well. 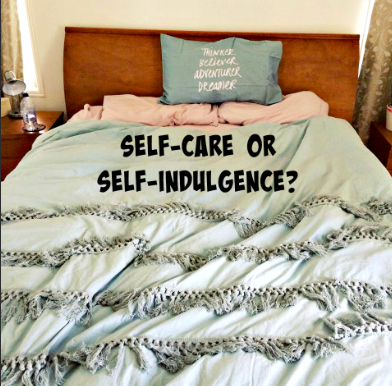 Then of course there’s the bigger question… is self-indulgence necessarily a bad thing? It certainly sounds like it. But where do we draw the line between the two? And who decides?

And part of me – tired of life and overthinking everything – feels compelled to note that they’re just words anyway, #FFS.

Do you believe there’s a difference between self-care and self-indulgence? Is the latter a bad thing? Do you wish I’d just stop harping on about crap and get the fuck on with life?