I’m trying to do more ‘personal blogging’ though not yet succeeding. Predominantly I want to just write more and focus less on book reviews, which often feel as if they’re a chore rather than something I enjoy.

Denyse Whelan’s weekly link-up had the theme of ‘self-care stories’ this week. I think self-care is very individual and I’ve talked before about what I think it is and what it often means.

I’ve mentioned once or twice (ie. a million times) that I’m an overthinker and spend a lot of time in my own head.

I was messaging a friend the other day and mentioned I was staying with my mother (who lives in a nearby town). I said I decided to stay longer than initially planned.

‘I just needed to get out of my own head,’ I told the friend. I needed to escape my thoughts and – in many ways – myself. 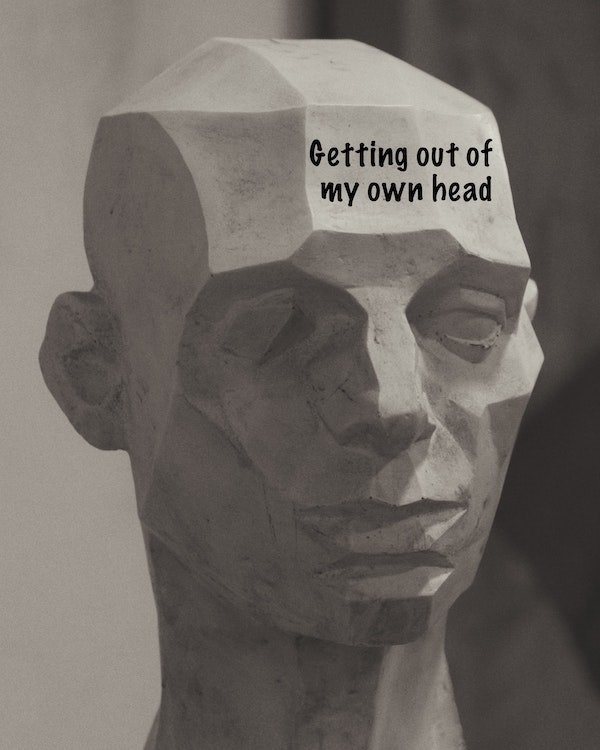 I realise it’s more problematic for me as I live alone and spend too much time in isolation. The contract work I’ve done over the past couple of years has all been remote so, when I do get work I’m doing it from my home study. It’s something I once dreamed of doing but given I live out of town and am lazy about going ‘into’ town it means I’m less sociable than I should be.

I realise there are other self-care options for those prone to overthinking. Meditating would seem counter-intuitive (spending more time in one’s head) but in reality I’m conscious it can be used to empty our minds of our many many thoughts. Similarly exercising and just ‘doing stuff’ outside is a good way to get more in touch with other senses. (And out of our heads.)

At the moment however, escaping to my mother’s is a good self-care or self-preservation option for me. And hopefully most of us have family members of close friends we can turn to when we need a reality check, when we need to talk, or when we don’t want to talk at all.

Do you need to escape your own thoughts at times?