Many moons ago I did pilates a couple of times a week. My instructor (also my neighbour) used to comment on the fact I had good proprioception.

And… to save you googling, it basically means I had a pretty good body awareness in terms of movement. Or as wikipedia puts it… “the sense of the relative position of neighbouring parts of the body and strength of effort being employed in movement.”


I figure this came from my childhood sport, jazz ballet… and a father who was very specific and exacting. It means I’ve always been conscious of my tennis racquet grip, or positioning of my arm when I’ve been shooting hoops at basketball or netball; or I’ll feel it when I just don’t have a certain dance movement down pat.

So… I tend to think of myself as pretty self-aware – both physically AND mentally. And anyone who’s read any of my non-bookish blog posts knows I’m prone to overanalyse EVERY THING I do!

However… I know a lot of people who think of themselves as self-aware and yet… there are glaring gaps in their self-knowledge / understanding.

Every time I roll my eyes at someone’s obtuseness or lack of humour or make a judgement of some sort, I realise I’m feeling smugly superior. 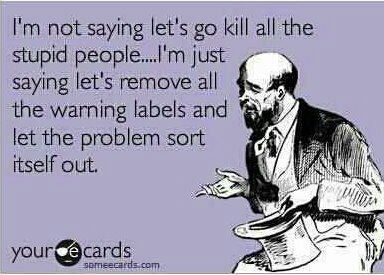 I mean, I’ve noted that a lot of people who don’t recognise certain traits in themselves. They might even talk about others’ bad habits, faults or foibles and yet I frown at them wondering how on earth they don’t realise they’re EXACTLY THE SAME?!

And, so if others aren’t as self-aware as they think, what makes me think I am?

Faaaarck?! This is a mind-f*ck for me and makes me a tad paranoid. Not too paranoid – cos I’m so sane and emotionally balanced and everything. 😉

But… what if I’m dumber, more boring, less EVERYTHING than I think I am?! 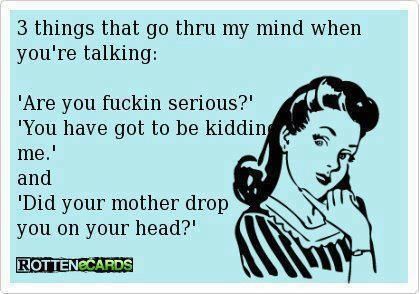 What if I’m smugly assuming I’m vaguely intelligent, funny, coordinated… and have okay taste in things.

But… what if I’m WAAAAY dumber than I realise. What if people cringe at my sense of humour; shudder at my writing; or eyeroll at MY taste in anything and everything?

And yes, I know this is yet another first world problem and I have too much thinking time on my hands! But, it’s one of those things I ponder from time to time… what if I’m blithely going along in life completely clueless about things I could improve on, or do differently?

Do you think of yourself as self-aware? Do you ever worry you’re not? Or that you have a blindspot or two when it comes to your behaviour? Or perhaps I’m alone in overthinking EVERYTHING!?

The Lovin’ Life Team includes:
Kathy from 50 Shades of Age
Lyndall from Seize the Day Project
Johanna from Lifestyle Fifty
Min from Write of the Middle.
and Leanne from Deep Fried Fruit.
An InLinkz Linkup