I’ve talked in the past about the difference between envy and jealousy and I tend to think the former feels less negative or nasty than the latter.

Recently however I’ve been pondering something in between. Not quite envy, but a wistfulness about something someone else does or has that we wish we did.

I get that ‘I’ll have what she has’ feeling about a few people.

It’s hard to describe but it’s more than confidence. A self-assuredness perhaps?

There’s someone I know of (but don’t know personally) who promotes the hell out of themselves and their business in a way that makes them sound like they’re the most successful person on the face of the earth. I know they aren’t, but can’t help but wonder how much of the (as yet fairly limited) success they’ve had has been some sort of self-fulfilling cycle or prophesy. People / potential clients assume they are as successful as they portray so hire them on the basis of that.

And then I had a conversation with the friend of a friend a few weeks ago. I was talking about options open to me after finishing my postgraduate study. Perhaps something in editing or publishing. I won’t / can’t move back to the city so it needs to be something I can do remotely. This friend does some editing work and asked why I don’t start now. I was horrified. “But I’m not ready yet! Why would anyone pay me? What if I made a mistake?” Yep, the horror was real.

The reason I don’t pursue contract work or freelancing isn’t necessarily a fear of failure or success. I’m not even sure it’s a fear of not being good enough or a lack of self-confidence. I think it’s one of self-assuredness. 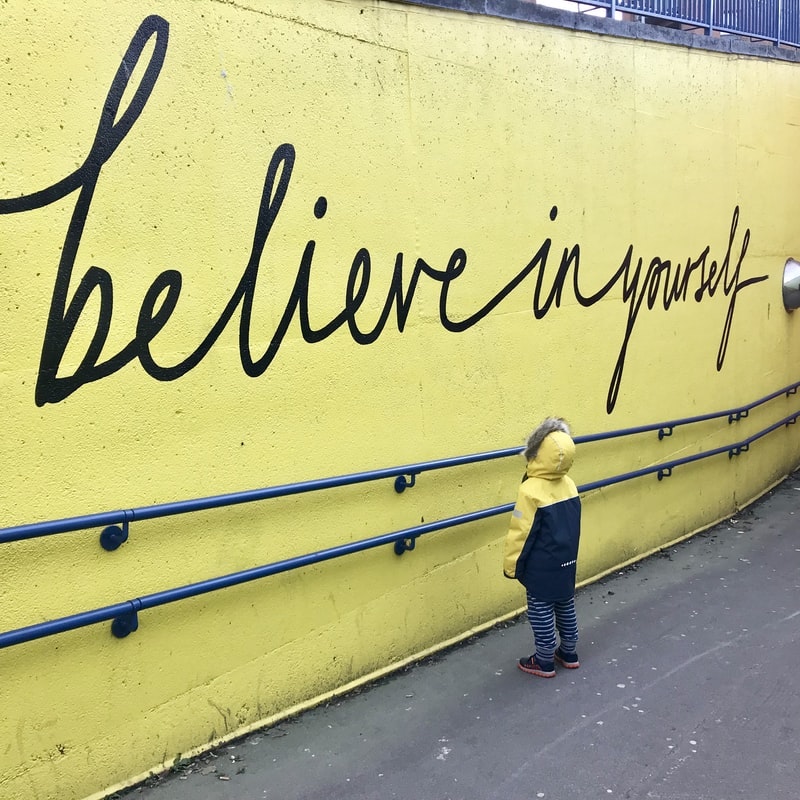 Interestingly (and I’ve written about this too) that feeling has been limited to me putting myself out there in a way that seems self-promotional. It feels different when applying for a job. Someone else gets to say ‘yay’ or ‘nay’. It’s someone else’s decision whether I am – in fact – good enough.

However, recently my wavering confidence has started to permeate thoughts I’ve had about re-entering the professional world. ‘Suitable’ jobs are very hard to come by here. And THIS work-related dream has returned.

But… just last week a job was advertised locally. It pays a lot less than I used to earn but it sounds sufficiently challenging and interesting. And I was shocked that my immediately thought was, “I could do that!” In fact I thought the fit would be an excellent one.

Of course it’s unlikely I’ll even get shortlisted but… I was relieved because the lack of work options and way in which my last contract petered out really shook my confidence, so it’s amazing that I don’t seem to feel as redundant as I believed I did.

Do you envy those that seem to be full of confidence, even when you suspect they aren’t? Or (worse still) shouldn’t be? More importantly, am I a complete b*tch for even thinking someone doesn’t deserve to act as if they’re the cat’s whiskers or bee’s knees when…. they may not be. Or should we all be ‘faking it til we make it’?