I’ve mentioned before that this year marks 30 years since I finished school (although I can’t possibly be that old, so I’m sure there’s some time/space continuum glitch somewhere!).

To celebrate those delightful school years and catch-up on what’s happened since, a school reunion is planned. Unlike our 10 year reunion (20 years ago – faarck!) this one isn’t just for those who graduated Year 12 in 1984, but essentially those who commenced high school (year 8 back then) in 1980. Some of those peeps may have transferred elsewhere or dropped out early or left in Year 10 – something which was relatively commonplace back then. 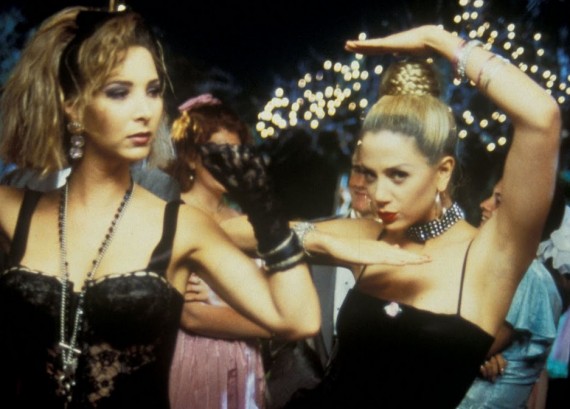 Stars of (possibly) the most famous school reunion movie, Romy & MIchelle. Via blog.quickflix.com.au

I’m very #meh about the whole thing and find it strange that others are so excited. I mean, haven’t they seen the movies, or watched TV shows? It NEVER ends well: whether you’re the cheerleading squad captain who married the star quarterback and now live in a state of poverty with your 15 children; or if you’re the high school nerd who founded an IT startup company and now own the world. While I doubt the event will involve chaos and murder (as is usually the case in TV shows!) I suspect they’ll be much hugging and smiling as well as much bitching and moaning.

“Wow, Sue-Ellen’s done well for herself hasn’t she? She’s half the size she used to be. What a shame though the face-lift was a failure.”
“Ha! John-Boy’s the size of a house. He thought he was such hot stuff in school and look at him now!”

You know… that sort of stuff. (Perhaps there should be a Toddlers and Tiaras’ style reality TV show which features peeps in the lead-up to a school reunion. I wouldn’t watch it but I’m sure lovers of Housewives of Wherever might!) 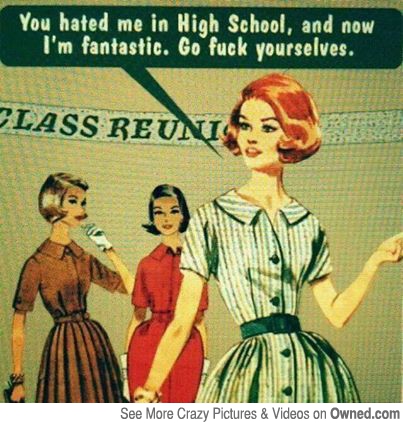 I had a call from a friend a couple of months ago.

“Are you going to this reunion?” she asked.
“Well yeah. I guess. I mean, we kinda have to don’t we?”

In the conversation that followed, she said exactly what I was thinking. Neither of us had a lot of interest in seeing people we barely remember from our high school years. I’ve already talked here about the bizarre Facebook friend invitations from people who were absolutely revolting in school. Sure they might have changed, but why do I need to care? 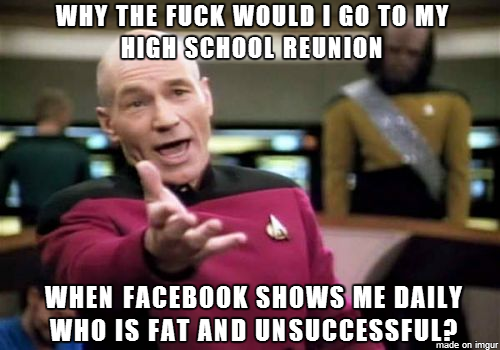 We agreed that we already catch up with our closest school friends on a semi-regular basis. Others we’re friends with on Facebook so we get to see the occasional life highlight.

I’m a bit unclear as to what I’ll get out of the event. Some will be there to brag about their achievements. Others will skulk in corners possibly feeling like overwhelmed underachievers. As for me – I’d be somewhere in between.

Perhaps we just need a 30-years-Later Year Book. I’d be happy to receive a summary of everyone’s life with a couple of pictures. 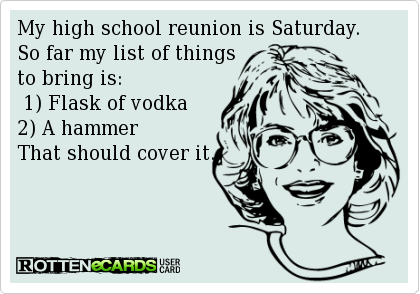 Or am I missing the point?

Do you do school reunions? Am I being unfair to this age-old ritual?