I’m not sure what was in the water, but yesterday my Facebook feed included old school photographs shared by three (separate / unrelated) friends.

I can look at any school photograph from ‘around’ my era – even up to a dozen or more years either side – and they all bloody look the same.

Even though the school uniform may be quite different I always take a second glance cos the photo in question looks like it ‘could’ be one of mine. 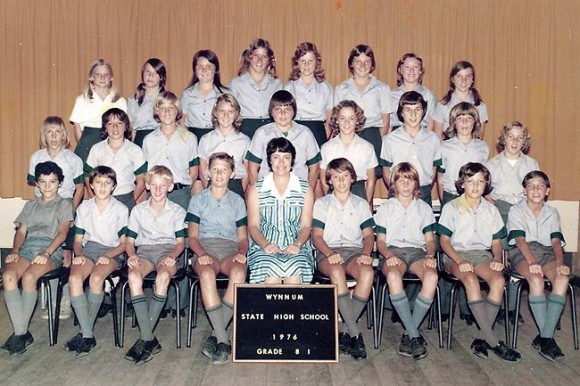 You have the ubiquitous setting: in the school grounds in front of some greenery; in a classroom; or up against an external brick wall or similar.

And then there are the rows of kids – standing and sitting, depending on one’s height. Everyone’s donned their best school uniform, except for one or two kids whose parents didn’t get the memo (literally) who have the wrong socks or shoes. Rarely-worn ribbons adorn the hair of tomboys and the worst-behaved kids look almost angelic.

Of course there are also those refusing to smile or whose “CHEESE” is caught at the wrong moment.

I’m actually a good ‘smiler-on-cue’ if I do say so myself, but several of my primary school photographs involve me wide-eyed and still on the “CH” as if horribly shocked. And then of course there’s the year I had braces… which shall never be mentioned again!) 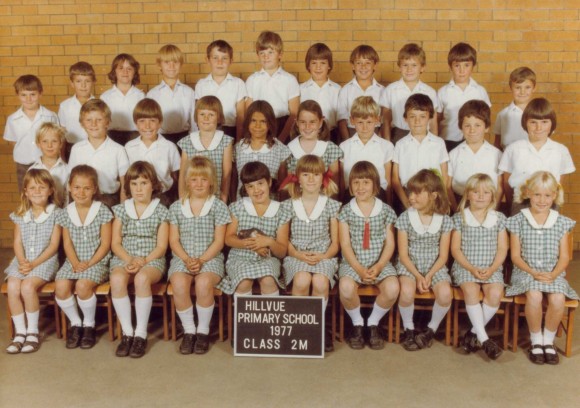 Source: blutmuth.net
Also not mine.

The photographer (at least in small towns) was someone who often did the circuit – the quality akin to the ridiculously-expensive pixie photos you once got in shopping centres.

I’m fairly sure nowadays procurement procedures would require tenders or quotes for comparison purposes, and anyone with a camera and darkroom (or memory stick and computer!) who wanted to hang around children, would require extensive police checks!

My school reunion is coming up later this year (and I’ve definitely decided not to go, in case you were wondering!) so I’m seeing more school pics than ever. However, like I said, it really doesn’t matter if the uniforms aren’t the blue and white checks of my primary school or purple of my high school… I always feel compelled to have a closer look to find my chubby face smiling back at me.

Do you get a sense of déjà vu every time you see an (older) school photograph? (Or is it just me?)
Are class photos any different nowadays?