A couple of weeks ago I wrote about grieving the loss of a life you’d imagined. The death of a story. My musings were the result of an interview I’d seen with musician / songwriter Missy Higgins who also talked about rewriting that story. She said however, that she realised that it wasn’t really something you had control over.

I pondered then also on the amount of control we have over our lives.

I often think of certain moments in my life as turning points. When I wrote that post I was struggling with a decision. It occurred to me that I had a chance to rewrite my story. Or at least add a plot twist, because of course my story is well underway. We write and edit our stories every time we make a decision or take action.

My seachange was a definite decision to leave my old lifestyle behind. One that was work-focussed and defined. And since, I’ve made choices to take work or not based on significant overanalysis but ultimately (often) gut instinct. Perhaps life is more like a scavenger hunt and we toss a coin at each corner (or decision) to work out where we’re going next. Or perhaps that’s just me.

I’ve spent the last six weeks in a bit of limbo. I had a job interview and – at the time of interviewing for it – wasn’t sure I actually wanted to leave my current workplace. I hadn’t been actively looking but was feeling a bit frustrated one day weeks earlier and (as fate would have it) a seemingly perfect job popped up.

I applied, had my interview and was immediately advised my referees were being contacted. But things were looking up at work and I was becoming involved in more challenging and fulfilling activities. And I really love the passion and ethos of the organisation for whom I’ve been working. 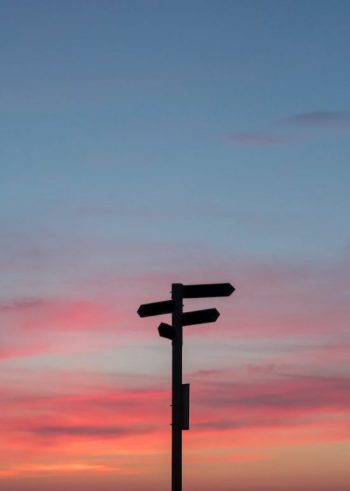 While my potential new employer took some time to finalise a formal offer I wondered if it was what I wanted. It wasn’t just a decision about ‘work’. It was bigger than that. Choosing a certain life over another. Revisiting my values.

I was spared the indecision in the end by some changes to my current role that made it easy for me to take the new job. (Which I did this week when the offer came through.)

In many ways I’m going back to the future. Back into government at the same level I was a decade ago but able to work in my regional location.

I’m excited about the opportunity. It’s significantly more money but that wasn’t a factor in my decision. I was happy managing on what my current not-for-profit organisation had been able to pay.

The work I’ve been doing has certainly been meaningful and aligns with my values. But I’m increasingly conscious that I ‘need’ to feel as if I’m achieving something personally. Stretching myself and my potential rather than just pottering along.

So, I’m rewriting my story. Or at least… I’ve tossed the coin and am veering off into a new – but old – direction. And I’m feeling hopeful.