One of my University subjects requires me to write a personal essay. All three subjects actually require ‘major’ assignments and I keep changing my mind about them. But drafts of two are now due in mere days, so I figure I need to stop friggin’ procrastinating and worrying that I’ve not chosen the perfect topic and just start writing.

I (eventually) decided my personal essay would be about my time in Africa. Long-time readers of my blog will recall I’ve often pondered the idea of writing some sort of factional account of my 18mths (or so) there in the mid 1990s.

It’s not that I think my life there was that enthralling. (It wasn’t.) But… my parents kept every single letter and fax (and aerogram) I sent home, preserving them all in folders. As I’ve mentioned before, my first letter home was 21 x A4 pages long so… there’s A LOT of detail there.

However, I figured I could somehow write 2500 words for my ‘creative non-fiction / personal essay’ subject using excerpts of the letters. As someone who hates reading non-fiction but seems to only write it (in the form of my navel-gazing blog posts) this particular subject has intrigued me. I know sweet fuck-all about most of the writers we’re studying but reading more and more ‘features’ or ‘essays’. LitHub and The New Yorker have become my best friends.

Though my eyes glaze over at the talk of ‘theory’ I like that our studies promote the use innovative structural options like fragmentation / segments and non-linear story telling. They’re perfect for moi who’s prone to wander off on lengthy tangents because I think of some incredibly-important related-but-unrelated fact. #ADDMind

So… I’ve now spent MANY hours reading through these bloody letters, revisiting my life in Africa. And I’m no closer to working out exactly what to write. I have no story arc. No angle. I joke about ‘not becoming a better person’ which I think had been my reason for becoming an overseas volunteer in the first place. And I’ve shared brief anecdotes from my time there in past (the million dollar blanket; the 4.30am radio interview; pondering the journey vs destination). 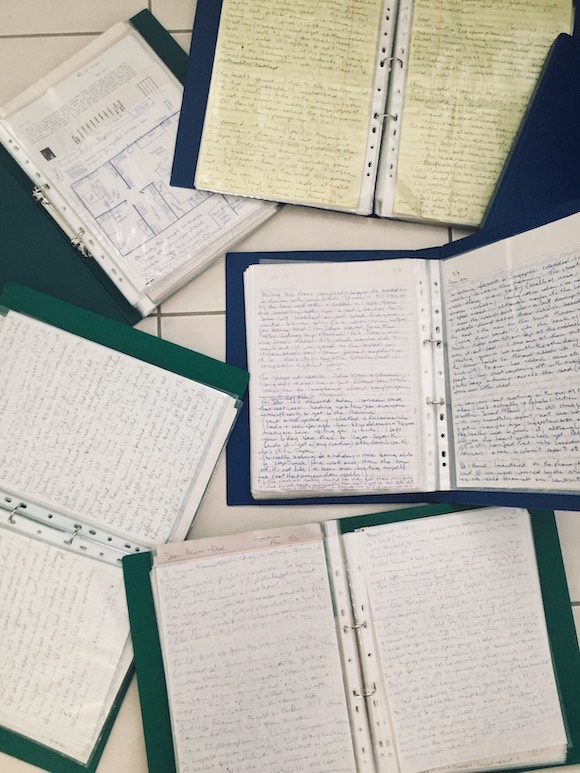 It has to be said, reading these letters (25yrs after I wrote them) has been wild. In fact, I wonder if I shouldn’t write my essay on one of my other observations rather than trying to capture my entire time there. Because…

1. I’ve forgotten so much. The memory is a fragile thing. I’ve discovered things I thought I knew/remembered for sure were mis-memories.

2. I was so frigging sociable. From the moment I arrived I was out most nights for drinks and dinner. Despite saying I wouldn’t hang out with other foreigners, I clung to other expats and English speakers with a fierce ferociousness that shocks me.

3. I met so many different people. Some just briefly. I got randomly got invited to things, and I went! An eight-hour Christmas lunch at an English woman’s place from the British Embassy I’d met the night before. Agreeing to go to a beach with someone who knew someone. Outing upon outing. Over the past two decades I’ve refrained from ‘doing things’. I’d forgotten I wasn’t always like this. Back then I reached out to people. I rave on in my letters about people I don’t remember. I spent huge amounts of time with several people I don’t even recall meeting. We had deep and meaningful conversations (which I shared with my parents) and life-changing moments.

4. I spend a lot of time trying to work out how to bridge the cultural, privilege gaps between me and Mozambicans I’d met and become friendly with. There’s a strong sense of guilt and white privilege mixed with frustration at being seen as ‘different’ – being constantly asked for money by strangers, for loans from colleagues, being the topic of conversation and centre of attention when there were no other white faces around.

5. My perceptions of people I meet change. I talk about my work colleagues glowingly in the beginning. But slowly I start to get frustrated, to the point I hate them with all of my being. In later letters I’m more pragmatic.

6. My cynicism for the work of the organisation I worked for changed over time. My positivity is soon smothered and my enthusiasm wanes. My initial weeks and months are spent with me stressing that I’m not sure what I’m meant to be doing. Then I have all of these ideas that are shot down so I become discouraged and apathetic. Cynical and directionless. 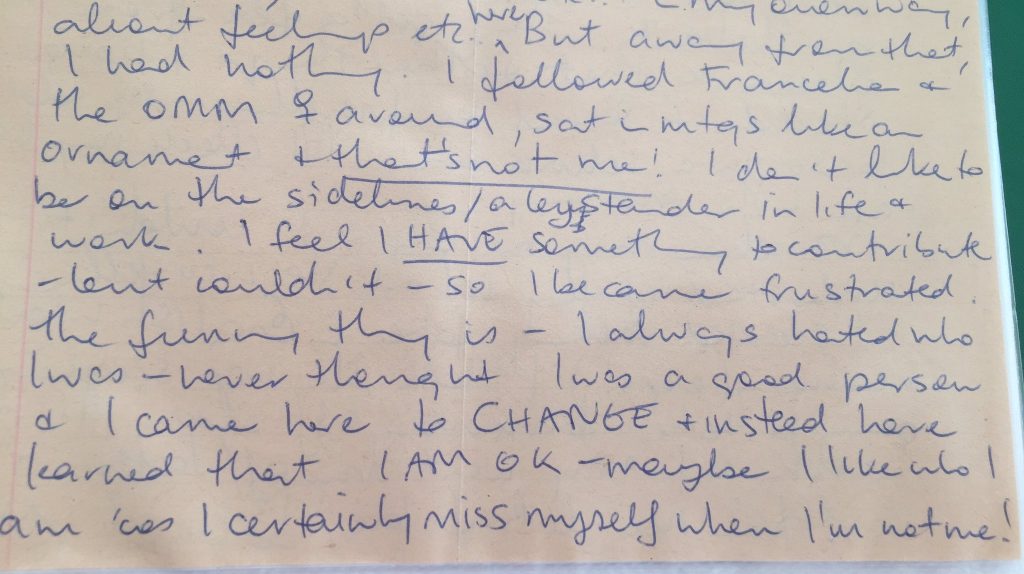 7. My love for the country grows. I’m in shock on arrival. By the lack of services and infrastructure, by the poverty. Later, after I’ve done some rural travel I’m grateful for occasionally running water and intermittent electricity. I worry I’m too spoilt in the nation’s capital.

8. My rural trip was a tipping point and offered a huge learning curve about myself.

9. When overcome with frustration I crack and am a complete bitch and cannot help myself. But later learn from others that they’re the same and I see it in action.

10. I intermingle my English with bad Portuguese. As time goes on I double up on phrases, adding both the English and Portuguese versions. I stop using pronouns. I start using the Portuguese spellings of things.

11. Importantly (but not enough to fill 2500 words) I’m confronted by how much people can change. And by people, I mean me. I think of myself as tolerant however I am horrified about some of the things I’ve written in my letters. My best friends there were a gay couple. One of the couple was a difficult person and she and I (well she and everyone) clashed a lot. At once point in a letter I reference a conversation in which I make some horrible comment about why she ‘decided’ to become gay. I admit I meant it to be disparaging because she was pissing me off. The current-me can’t believe the then-me would say or think that… let alone then share it with (confess it to) my parents. WTAF?

Any suggestions? Or better still, just TELL ME what I should write about.