Today would have been my father’s 76th birthday. Unfortunately he only made it to 71.

When my mother and I talked recently we agreed we’d both been thinking about him more of late. Mum thought it was his impending birthday which led to our increased ponderance, but I tend to think of him when I’m in bed at night and cannot sleep. Which. Is. A. Lot. Lately.

She remembers him younger, she says. She sees him in his work uniform, the two-toned browns he wore for his job at the local Council.

Of course I have many childhood memories, most of which are good as he was devoted to my mother, brother and I; but I find I mostly remember the dad of his final years. I remember what it felt like to hug him each time we visited. His skin always kinda clammy and the knob on the back of his neck reminding me of my own. I remember the slightly-scratchy though recently-shaved cheeks. And I can still hear him. He called me ‘snugs’ and that’s what he says. In my memories.

Unfortunately I also remember the him at the end. I’ve talked about it before, but he spent six weeks in hospital and his once-robust and athletic body withered away. He moved into palliative care for his last two weeks and he didn’t wake during his last 6 days with us. With no fluids or food he shrunk—becoming a shell of his former self. But that’s okay. He was still dad.

A few years before he passed away, with dementia taking its toll on his long-term as well as his short-term memories, I made him a photo book. It was more complicated than expected—finding an option which allowed me to include his life story. In words. (The things I love almost as much as family and friends. And hot chips. And wine.) 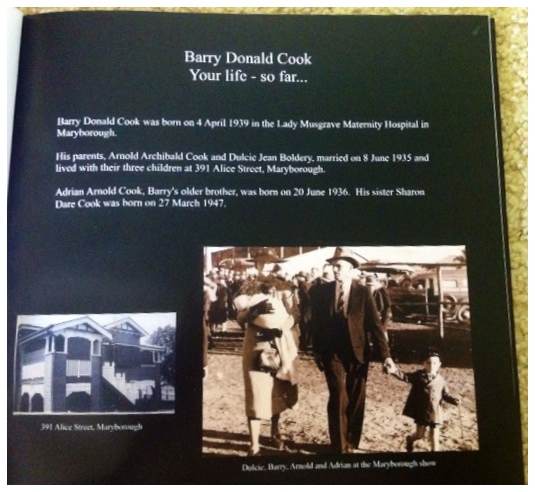 These photos don’t do it justice. The photo book was leather-bound and not-cheap.

I’m not sure how often he pulled it out and reminisced about his life, but I like to think it was occasionally. And now of course I have those memories so his story will never be forgotten. At least while I’m still here. 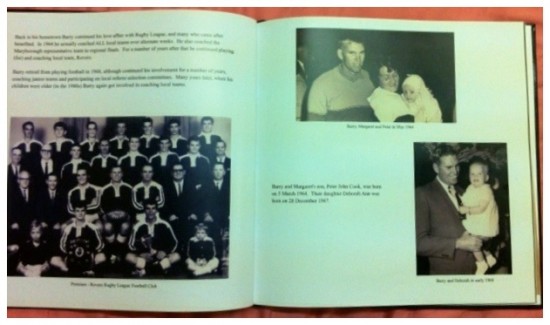 Am closing comments. It’s Easter. Hug a loved one instead. 🙂