I listened to Kelly and Brooke’s ‘slow realisations’ Let it Be podcast when I went for a walk last Saturday. The subject came up, they said, because someone in their Facebook group had mentioned their ‘a-ha’ moment came after years of therapy and journalling and wondered if there was some way of fast-tracking these lightbulb moments.

Both Kelly and Brooke believe there isn’t. They suggest the ‘journey’ (#sorrynotsorry) we go through is as important as the realisation itself. That without that ‘work’ behind us we may not be ready.

Brooke said she thought that we’re only able to ‘own’ the realisation if we’ve done the work to get there. They talked about slowly developing the muscle we need to make the breakthrough or similar, saying perhaps it might help us come to realisations more quickly in future but that it was because we knew ourselves, our behaviour and thought processes better. 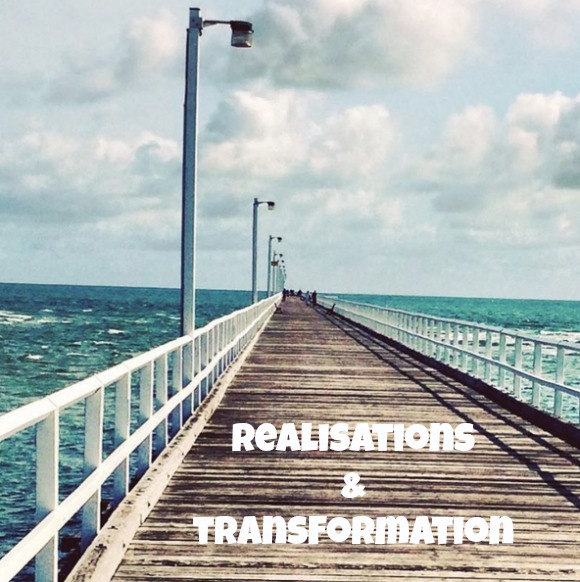 I was out walking on my favourite local pier while listening to this and it conjured up some thoughts I’ve been having lately about my weight, dieting and weightloss surgery.

I’m not going to talk about the surgery or my decision at length here (at the moment / yet). But, though I’ve lost a lot of weight it’s been challenging and confronting in ways I couldn’t have expected.

It’d be easy (though) to wish it was something I did when I first contemplated it in 2011 (and wrote about it here), or even when I was in my 30s. I was certainly heavy enough at times to warrant the surgery. I mean, that might have still left me with time to find a partner and have children, the latter now being almost an impossibility.

It’d be easy to kick myself (metaphorically of course, cos… ouch) for not doing it sooner. But… the cold hard fact – on further pondering – is that I don’t think I was ready.

I spent my 20s, 30s and most of my 40s thinking that lightbulb moment would come when my food obsession (which started when I became anorexic at 15-16) would be resolved. Years and years of therapy and over half a dozen therapists tinkered in my mind as I tried to work out ‘why’ I tried to (first) starve myself to death and then eat myself into numb oblivion. To understand why I hated my body and myself so much. And why life didn’t seem worth living if I wasn’t able to binge on anything and everything.

Old Diet Schmiet readers would know I tried everything over a 30 year period – I gained and lost 20, 30 or 40kg more times than I can recall. There were dozens of diets and I even blew $7500 on a month at fat camp in 2009. And yet…  dieting just wasn’t working for me. Not with my history. And neither was ‘not-dieting’. For me there was no moderation. Just the dieting / binge-eating extremes.

My a-ha moment wasn’t the one I expected. I wasn’t suddenly ‘cured’ or ‘better’. Rather I realised that – even though I still talked about ‘when I lose weight….’ and the things I’d do – I didn’t think it would happen. Ever. 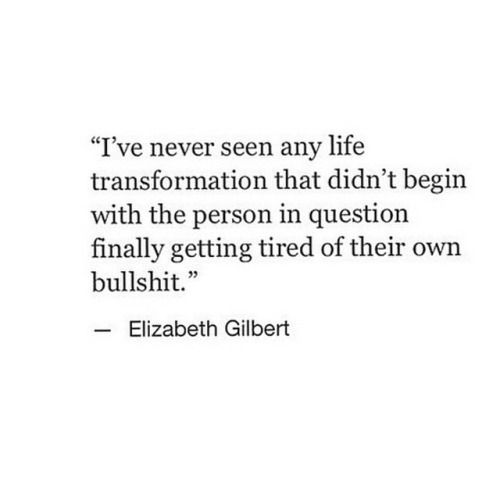 My life may have looked very different if I’d had the surgery years ago, but I was not ready. And I needed to be.

Similarly, I reflect on my seachange and it’s easy to wish I’d dropped out of the rat-race years before I did… but I wasn’t ready. I probably wouldn’t have done so at 43 had I not received a redundancy which allowed me to afford to make some changes. I was too entrenched in that ‘earn money, pay mortgage’ life to think about quitting a job without having my next one lined up. But there was also a tipping point for me.

Failed pregnancy attempts, my father’s death and friends who’d moved on with their lives helped me realise I was ready for change… ready for transformation.

Do you think there are ways to fast-track our a-ha or lightbulb moments? To fast-track change or transformation?