I’ve talked before about the fact I’m not very visual. Thanks to author Emma Visckic I recently discovered this is called aphantasia, which means we don’t ‘see’ what’s referenced when we hear things. So – when I read – I never picture scenes and never ever visualise characters. In fact I’m often disappointed when a character is described as I can’t quite grasp the concept that I should be able to see them.

I assumed this was because I’m an auditory thinker; because I ‘hear’ the words rather than picture what they represent. However….

For years now I’ve been watching television, movies and anything I have control of (ie. streaming services) with subtitles on, as well as the sound. I don’t notice I do it but must read more than I listen because I have to pause a show if I’m getting up for a second because (apparently) ‘hearing’ what happens isn’t enough.

I’m more than happy to watch foreign language films in the original language and read subtitles and hate the idea of shows dubbed in English. I did however watch something with my godson yesterday. It was Japanese anime and obviously he wanted the audio in English. I requested subtitles as well and spent most of my chuckling at the differences between the dubbed dialogue and the subtitles. 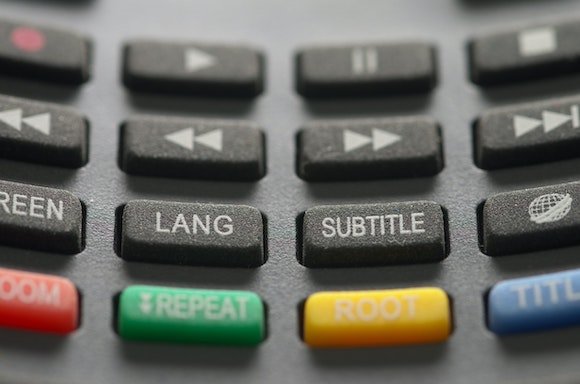 I know this is a particularly inane topic for a blog post but one I’ve been thinking about because I went to a play on the weekend; a performance of George Orwell’s Animal Farm. The play was great though the sound not always as clear as it could be. And… without being conscious of it, I kept looking to the bottom of the stage for the subtitles and being surprised not to find them.

I should mention I’m not at all worried about my inability to ‘see’ what I read or my preference to read rather than listen. The most fascinating thing about it is others’ reactions. Subtitles (when not required) can be distracting for many and yet I know others who also keep them on. Similarly, while there are others struggle with mental imagery, some cannot comprehend how we are unable to picture something described to us.

I’m not at all sure if the two peccadillos are related and far too lazy to do any research but am always intrigued where others fall on the visualisation and reading-not-listening scale.

Photo via Immo Wegmann via Unsplash