Okay, so this will be a weird post but I’m writing it as a reminder to my future self (AND to get it out of my head, where it’s been popping up with annoying regularity).

Those who follow me on social media, or with whom I communicate informally, will probably know I tend to skip pronouns when writing. “Should be working, but….” or “Wondering if ….”

I don’t think it’s that strange and am sure most people do it from time to time. It’s just kind-of an abbreviated way of writing I guess.

I don’t tend to worry too much about it until I go back to read something and wonder if it made sense to others, given the absence of ‘I’ or ‘me’ or ‘we’ etc. So sometimes I add them in later.

When I mention this to anyone I’ve always blamed my post-University career in social services. I had to keep case notes and anyone who’s familiar with that world will know you have abbreviations – “Mo” for mother and so forth. I know I had 30-40 cases at any one time so making notes could be time-consuming (it was the early 1990s so we were still using handwritten notes in manilla folders),  but you needed to get information documented in case it was needed for legal purposes.

On top of that it was important to take oneself out of the equation, hence the note-like nature of these entries. “Saw x today. Said blah blah…”

So, nowadays when I tend to leave out pronouns in my (less-formal) writing I blame the early 1990s for the habit.

However… as you may recall I’ve been contemplating writing something based on ALL of the many many letters and faxes I sent to my parents, family and friends (which my mother diligently kept in half-a-dozen lever arch files!) while living in Mozambique in the mid 1990s. So I decided to re-read some, to work out if my idea of writing something ‘factional’ based on my time in Africa would work. 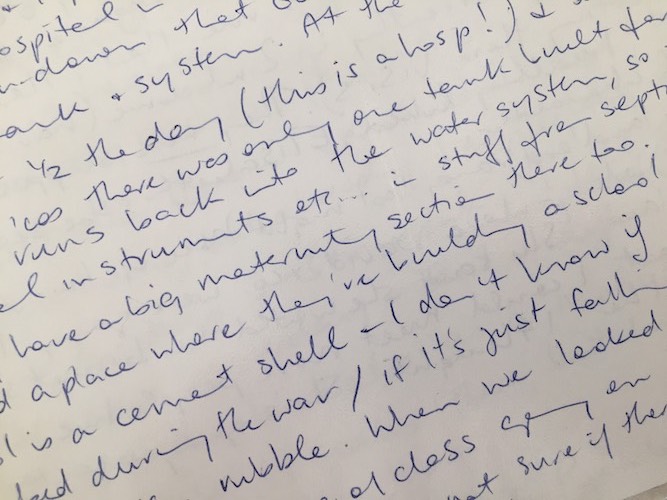 And it was then I discovered in one of my letters home (not pictured) I commented to my parents that I’d developed the unfortunate habit of leaving out pronouns. I’d had to learn Portuguese you see (as Mozambique’s official language) and though I was a pretty crappy Portuguese speaker I’d very quickly picked up the habit of skipping pronouns (I / we / you / she) because Portuguese (along with Italian, Spanish etc) involve changing the verb based on who is ‘doing’ the thing. In most cases the pronoun is redundant. Easily ditched. And though I am spectacularly verbose, I’m also lazy so after a while I got used to speaking without pronouns. 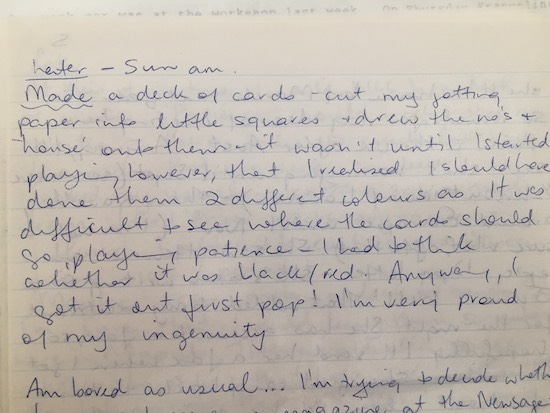 And it’s a habit which seemingly continues in some form or other.

And see…. I told you this post was weird and kinda boring but I’m also worried I’ll forget the discovery I made in the letter and will continue to erroneously (and unfairly!!!) blame case-file notes for my shorthand manner of writing. When it’s seemingly not the case.