I recall – over a decade and a half ago – feeling quite smug and superior when I’d see beginner-travellers stressing over their arrival and departure forms and approaching customs and immigration officials with great trepidation. At the time I was an old hand as I’d been travelling overseas for a few years; and when living in East Timor, I was back and forward quite often.

Airports, lounges, customs, immigration and associated paperwork were all so passé.

So it’s kinda funny now that so many years later I feel a bit like a beginner-traveller again; nervous about getting through the barriers between my country and another as I travel to New Zealand this weekend. 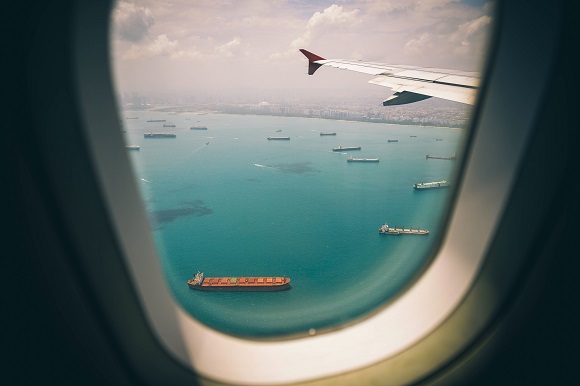 I was a late starter and first travelled overseas in 1995. I worked in developing countries in Africa, Asia and the Pacific so was prepared for all sorts of shenanigans. I’d heard about overseas officials questioning prescription drugs and taking things from one’s luggage. I was prepared for the worst.

However… in all of those years of travel the only trouble I’ve ever had with customs / immigration was returning to Australia from Africa in 1996 when I was singled out to be searched and grilled by an overbearing and seemingly angry official. He questioned my time in Africa, flicked through my diary and looked through my photographs. It was quite bizarre and he suddenly gave up after searching just one of my three bags.

I’d declared some timber products and when the quarantine guy came over to examine them it happened that he was from my hometown and knew my family. I looked at the customs / immigration guy as if to say, “See, I’m a good kid from a nice family.” But – of course – he couldn’t have cared less.

I travelled a lot after that and had no further troubles (probably later helped by my official and then diplomatic passports), but I last travelled overseas in 2002… when I spent a year in the private sector and made half a dozen trips to Pacific Islands for projects I was managing.

At the time I was sick of travel and have done as little as possible ever since… and (as a result) am now *possibly* a little travel-shy. I mean, I’m thinking about how to dress for my flight and that’s certainly something I’d stopped doing many years ago.

I’m actually only away for 4-5 days as I’m making a long-promised visit to my bestie in Christchurch. The trip is more about seeing her and her partner than touristy stuff but I think what worries me is that I’ve done no preparation or planning for the trip and figure I’ll wing it.

It’s hard – however – not to stress a little. I’m old school and accustomed to paper tickets and boarding documents so don’t fully understand how people use their phones to board flights and have been reading recently about online departure documents and the like. I mean, it’s so long since I’ve travelled I’m not even accustomed to having to select my seats in advance!

I admit I’m slightly embarrassed to be slightly nervous (nervexcited perhaps?) about the travel and hope it’s like riding a bike. Or something.

Are you a seasoned traveller? Have you had a break from travel and felt strange when you started afresh?