Last week this photograph appeared on my Facebook feed. 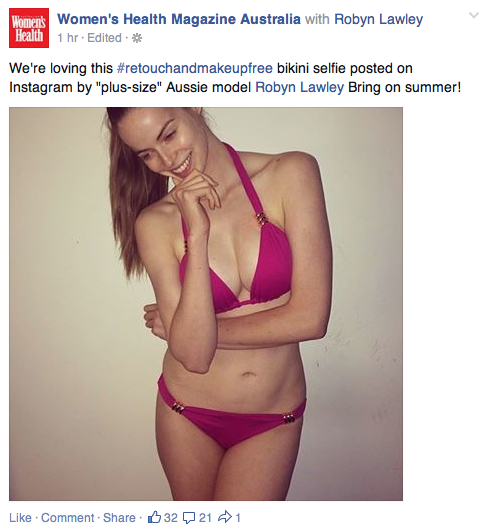 Firstly I thought to myself… that doesn’t look like Robyn Lawley. Secondly I hoped the magazine used the inverted commas because they were being facetious rather than actually defining the model (as she appears in that photo) as plus-sized.

Fortunately many agreed and the comments underneath all bemoaned the fact that – if SHE was plus sized then most of us were friggin’ whale-sized. And yes, I know in the fashion industry anything less than a size 0 (or 8 -10 here in Oz) is ‘big’.

Nonetheless, I’m still allowed an exaggerated eye-roll, am I not?