Always one to keep up with the latest news I feel compelled to defend ‘Our Cate’ against the naysayers complaining about her beach attire.

A rip curl rashie, boardies and some crocs. I mean FFS… you really can’t get much more Aussie than that. I mean, sure I know Cate Blanchett could have donned some rubber thongs and been carrying a stubbie, but jesus, give the sheila a break. She’s in Vanuatu and we all know how dangerous coral cuts can be – flip flops just don’t cut it! 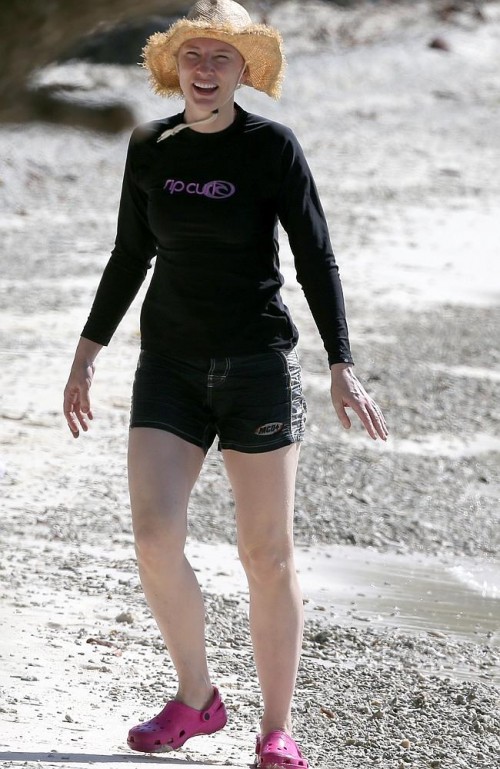 Source: INF – And that’d be my everyday attire if I looked that bloody good in swimwear!

And just as dire is the fact that apparently – at some point in the past – Aussie male strip group Thunder from Down Under (yes, really!) were robbed at gunpoint of their costumes and makeup. Now I don’t want to make light of the fact that the alleged gunman apparently fired his gun narrowly missing one of the stripper’s heads (didn’t he know he didn’t to aim for the larger, densest body mass?!?)… but I can’t believe the Aussie guys weren’t just a tad embarrassed to be reporting that crime to the coppers.

“He took my Calvin Klein g-string and my Revlon rouge Officer!”

I have to admit I’d be a little disappointed if a bunch of buff blokes couldn’t take down a guy compelled to pinch costumes and makeup. One of them surely could have pretended to have had a gun down his trousers. Or something. 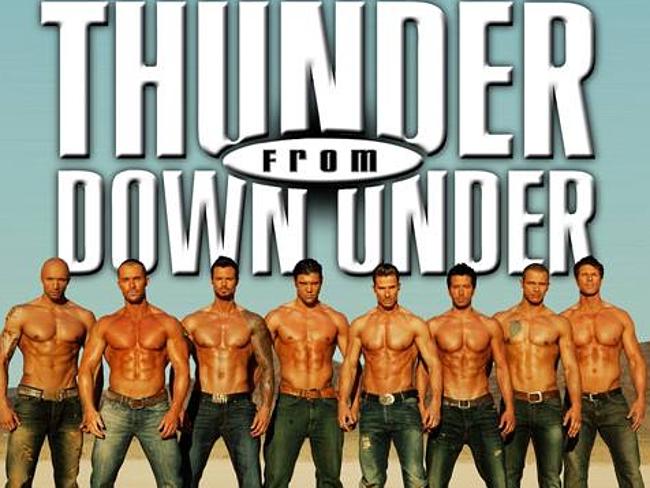 In other news, I over-shared yet again yesterday in an interview with the lovely Lisa from Random Acts of Zen. It’s not something I’ll be promoting on my personal Facebook page and the like, but what’s the point in writing if you’re not being honest. Right?

Linking up with the delightful Trish today for a Wordless Wednesday post.

Have any recent news stories tickled your fancy?
Is it just me, or does Cate look great?!