I lied to a 7 year old child last week. I know it’d be forgivable if it was a white lie to prevent unnecessary anguish or one enabling the perpetuation of childhood myths about Santa Claus the Easter Bunny or Tooth Fairy. (Oh sorry, forgot to add #spoileralert before that big reveal!)

But it was neither.

I’d accompanied my mum to my godson’s grandparents’ day at school. His actual grandparents weren’t able to attend so my friend asked if my mum (as his great-godmother) would go and of course she did. (As I’ve not reproduced my mother only has one grandchild and my niece is 22 so mum’s missed out on some of that stuff.)

Anyhoo, part of the visit to the school required the children to interview their grandparent/s – asking their name, age and so forth. While my mum was busy with Pickle (my godson) I had three-four children tagging after me… kinda like Lady GaGa and the paparazzi.

One girl in particular said she had no grandparents attending so I offered to let her interview me. She was a cute little thing and we had a nice chat. One of the questions however was: “Was do / did you do for a living?”

No, obviously I didn’t say that to the child in question. Cos I have some sensibilities. (Although I really want to buy one of these tshirts and am wondering if I’d feel bad wearing it around young children who can spell?!) 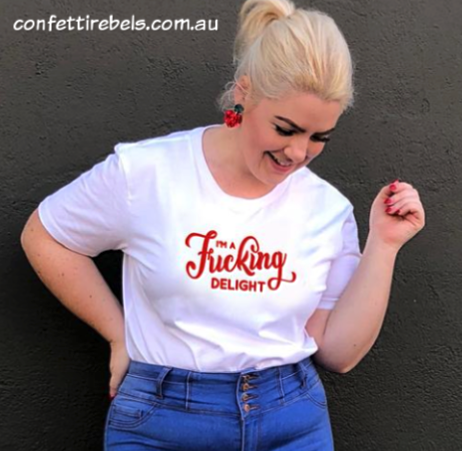 (But back to my story…) Thoughts flicked through my head and of course I’ve written a few times here about ‘identity’ and how I’ve classified myself over the years. (Always by my work rather than mother / wife / daughter etc.)

But trying to get this poor kid to write: project manager, or public servant or similar seemed a little too cruel. I could picture her eyes glazing over as I spelled the words. So the first thing that came to mind (and wasn’t an outright lie like Police Officer or Doctor which a kid would certainly understand) was Writer.

Which takes me back to the whole point of today’s post and it’s something I’ve also discussed before. Most authors or even those who get paid for writing for magazines or newspapers grapple with identifying themselves as a ‘writer’. I don’t think it’s cos it sounds wanky or arrogant but it feels like a bit of a subjective term.

However… we’ve all heard the comparison:

One who runs is a runner.

So… is one who writes, a writer? 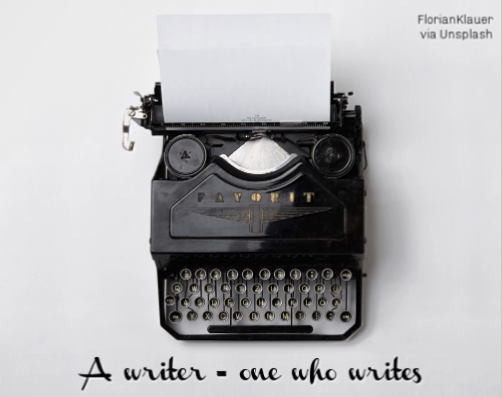 Anyhoo… this is really a confession of sorts. Cos I lied to a child. Though I write I don’t think of myself as a writer. Blogger yes. Book reviewer, maybe. But writer? Not yet. (And note that yet popped onto the screen via the keyboard and my fingers without me needing to think about it. Like some finger-driven Freudian slip or something.

So… I’ve mentioned I was supposed to be doing NaNoWriMo (national novel writing month) but I crashed and burned at 15,000 words over a week ago. I was however working on a novella which I was finding quite interesting so I’m determined I will write a minimum of 10,000 words in coming days.

Cos I’ve never liked being a liar.