I talk a bit in my diet blog about the ‘little gym’ near my workplace. I joined in mid/late 2011 having lost a bit of weight and increased my fitness to the extent I thought I could cope with some basic group classes. I hadn’t belonged to a gym for a while, but this one had a couple of obvious selling points:

Of course, there are a couple of negatives: the gym itself is pretty small (though it seems less so now that I’m there often… perhaps akin to Dr Who’s Tardis or similar – well either that or Stockholm Syndrome); and it doesn’t offer a lot of classes (and those it offers are limited in size because of the aerobic room – ie. only 8 people can fit into the pump class and 12 into an aerobics-type class).

I’m most fortunate to be able to use the gym. It’s actually one of two “Wellness Centres” operated by our local authority (Brisbane City Council) for its staff (the other being larger and near Council’s head office). As I understand it, the gym is actually FREE for Council employees; which I think is AMAZING. However, those working in a building on-site (which is what I do) have to opportunity to use it as well (for the low price mentioned above).

I’m most impressed at Council’s initiative in offering the gym to its staff free of charge – a case of an organisation seriously putting its money where its mouth is. Walking the talk. And all of that.

There’s sometimes a lot of rhetoric from employers – as they talk about work / life balance, commitment to families, supporting the health of their employees (yadda, yadda, yadda). But talk is easy. I’m always impressed when I see agencies or organisations following through. A friend of mine is actually ENCOURAGED to work from home a few days a week. I salivate just thinking about that: OMFG, not having to deal with public transport; not having to decide ‘what to wear’. And so forth.

Similarly an engineer in my apartment complex works for a company which sets a 12pm finish on Fridays (without docking their pay!), essentially giving staff a longer weekend. Every weekend. It’s these kinds of benefits which give some employers an edge. Similarly, my current workplace supported my request for a four-day week. I proposed a trial and my bosses agreed. They didn’t have to, but they did. And I appreciate that. 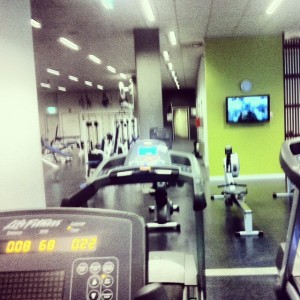 I believe that good practice should be acknowledged and supported. In fact, I find myself surprised that more Council staff don’t attend my gym. Today, for example, I stayed on and did a brief exercise bike ride after pilates… and there was one other person in the gym! This isn’t uncommon.

I hate working out on the gym floor and much prefer classes and occasionally there are more from the other couple of companies on-site than Council itself.

Is that because they take it for granted, I wonder? Is it because we pay and therefore appreciate it more?

I’m not sure, but like I said, I believe in giving kudos where it’s due. And in this case, I’m all for the Council and its commitment to its staff. It’s not doing anything by halves. All staff are exercise physiologists and I believe that’s a sign of Council valuing its employees and ensuring that the level of service it offers is of the highest quality. A commendable gesture. Again, putting its money where its mouth is. And I’m one of the lucky ones who gets to benefit… and (believe me) I don’t take that privilege lightly!