Back in the days I cared about sport I’d stay up half the night watching the French Open, US Open and Wimbledon tennis tournaments. Every time a player was two sets down and in the midst of a third set tie-break, commentators would note that ‘coming back to win from 2 sets down’ was rare in this sort of tournament…

I used to wonder if that player – who was so close to losing – ever felt like giving up. After all, they’d probably been playing for a couple of hours. Actually WINNING now would take another couple of hours and almost faultless games. Surely it’d be easier to just ‘inadvertently’ lose the third set tie-break. I’m sure that’s what I’d do. Draw a line under that attempt and start from scratch next time.

I pondered on this again last Friday (at a fundraising lunch) listening to Michael Groom’s very inspirational story.

Now because I’m *somewhat* self-absorbed and live in my own little bubble, I’d never heard of Michael Groom before last week but I left that room in awe of his ‘will’. Of his determination. 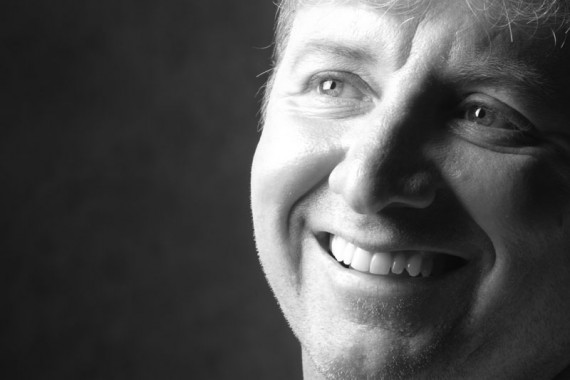 Queenslander Michael was introduced to rock climbing at a young age by his father. He spoke of standing at the base of Queensland’s Mt Barney in awe of its majesty… all 1300m of it. His father told him of Everest, a another mountain, eight times as high. Although impossible to imagine as a child, it led to a lifetime fascination with (and passion for) mountain climbing.

Michael was one of 22 climbers selected to climb Mt Everest as part of Australia’s Bicentenary celebrations in 1988. It was to be a dream come true. Had fate not intervened.

Training for the Everest climb Michael attempted several climbs of Mt Kanchenjunga (3rd highest mountain of the world). It took several attempts. At one point he was 20m from the summit, but turned around. He trusted his gut instinct he said – something he learned at a young age. He knew the dangers he faced.

Michael was the first Australian to climb Kangchenjunga in 1987. He and his climbing partner were on the ‘downhill stretch’ when they became trapped by bad weather. Michael thought he wouldn’t make it off the mountain alive. He spoke about -30C temperatures, suffering blindness and being completely exposed to mother nature. After literally crawling back to base camp both men were hospitalised with frostbite and when back in Oz Michael lost the tops of both feet.

Understandably he fell into a heap. He was dropped from the Everest climb and everything he’d worked for was gone. He couldn’t walk, let alone climb. For a while Michael gave up. He became addicted to painkillers and wallowed. But he soon rediscovered his incredible drive and determination and within three years was again climbing the world’s highest mountains.

His lesson he said was that he (we) take so many things for granted; we always assume there will be a ‘tomorrow’. 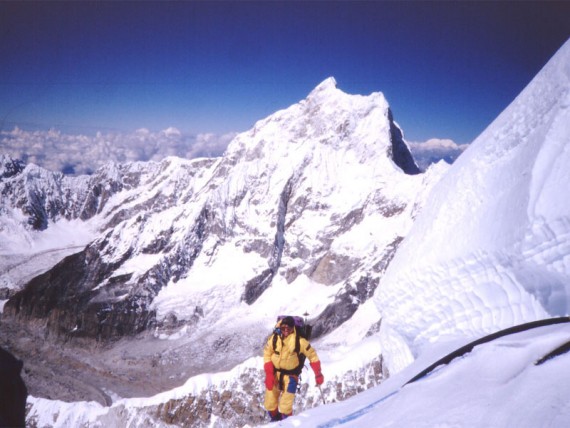 It wasn’t all smooth climbing. On one of Michael’s first climbs after his return, he was swept nearly 1km down a mountain in an avalanche. Out of breath and buried under metres and metres of snow he knew he had one chance to decide which way was ‘up’ and dig himself out.

Obviously he succeeded, and unsurprisingly it wasn’t long before he finally faced Everest.

It was 1993 and deciding he wanted to face everything Everest threw at him Michael attempted the climb from the final camp to the summit without oxygen. (Which I gather is uncommon and extremely difficult.)

He could only make it 10 steps at a time before stopping. He was alone and his climbing partners behind him when he said he decided to give up. He couldn’t go any further. Setting off on the descent he stopped and thought about what he was doing. He knew he’d live with regret. So he turned around. He retraced his laboured steps. And made it to the summit. 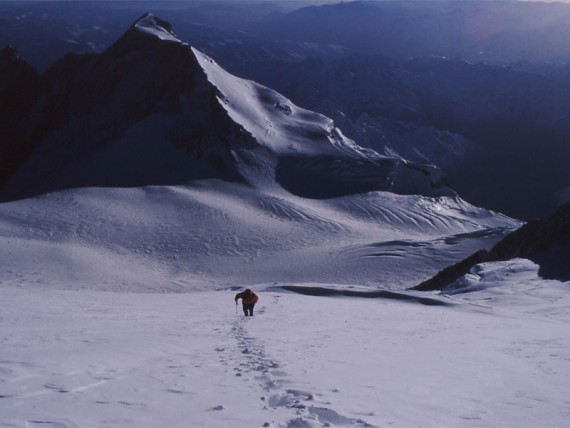 I was reminded of the ‘journey vs destination’ debate during Michael’s presentation. He talked of a sense of anticlimax when reaching a summit. After all, he said, he was only halfway there and yet had to face the descent.

Atop Everest Michael said he gave himself 20 minutes to enjoy his success before starting the homeward journey. Sadly he was the only one of his team to reach the summit on that climb and lost a team member (and friend).

Michael showed us pictures. What seemed to be a little climb of a few hundred metres was actually a three-day climb up a 70 degree incline. What appeared to be a tiny crevice was in fact a large chasm that needed several aluminium ladders ‘tied’ together to cross it (I shit you not – the visual of ladders tied together scared the bejesus out of me!).

I tend to be a quitter. If something is too hard or if I think I’ll fail (or not succeed or lose), I’ll give up. Thankfully however, my choices are rarely life and death decisions.

As a slacker it was therefore confronting to hear of Michael’s sacrifice and determination. But – fortunately – it was also unbelievably inspiring.

Do you get inspired by the stories of others? Do they sometimes make you feel guilty for being an under-achiever?

I’m linking up with Jess and the IBOT team today.