I’m sure I’ve previously mentioned that I have discerning taste. Or, at least if I haven’t alluded to it, I’m sure you’ve come to that conclusion yourselves… having committed my blog posts to memory (as you have most certainly done)!

Well, today I have to confess to a slight double standard. I know, I know… you can’t believe what I’m telling you, but alas… it’s true.

Years ago I tried internet dating. I mean, didn’t we all? What’s that you say, ‘No?’ 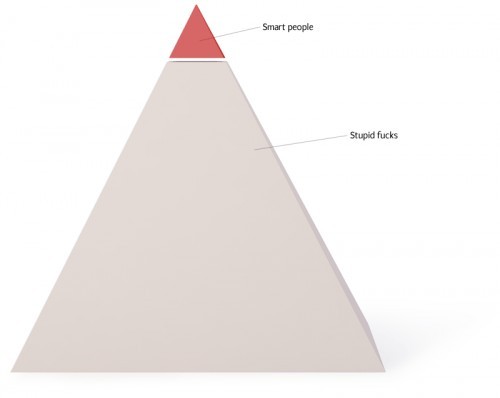 Oh okay, so maybe it was just me and some of my friends. And while they’ve had some success (long term relationships, marriage and the like), I pretty much crashed and burned. (And yes, I know – yet again – you are shocked to the core!)

Anyhoo, there were a number of things which drove me to distraction during that period. In fact, somewhere in the bowels of my computer I have several draft posts:

And while I may well sound like a bit of an expert, again you’ll be shocked to know that my friends had to beat me around the head to even try these options. I suspect that when I hit 35 I finally realised that the man of my dreams (aka Prince Charming, or… you know… Richard Armitage) was not about to throw himself in my path, which is when I finally succumbed to these 21st century dating rituals.

My friends also felt compelled to lecture me about my (seemingly!) judgemental attitude to the whole thing. (Of course at that stage I didn’t know I’d still be single in my 40s or I might have lowered my standards a little. Joking. Mostly!)

As a result, they made me DELETE the line in my RSVP profile which made some scathing comment about men with spelling mistakes and typos in their own profiles (a perfectly legitimate expectation I would think). They did, however, allow me to keep the line about how much I hated those who used ‘try-hard’ (aka tragic) abbreviations: LOL and the like.

A Xmas present from my church-going mother!

Yes, yes…. those who know me from my diet blog know that I use WTF in almost every post. Similarly, I drop FFS in there quite a bit, and OMFG along with TFIF when appropriate! All worthy and deserving acronyms. I think.

But in the early-mid 2000s when LOL first appeared in force, the people who used it – along with smiley faces (DO NOT GET ME STARTED!) were the type like our then secretary at work… who also used little hearts to dot her i’s. (Yes I know it’s not possessive, but otherwise it would look like ‘is’. FFS!)

So back then the cutesy acronyms had VERY negative connotations for me. I imagined all users to be well-versed in twee abbreviations from years of newspaper classifieds about NS SWF and the like and to essentially be the Australian equivalent to US trailer park trash.

Am I a judgemental bitch? Um…. sometimes!

I was reminded of all of this when my mother sent me a clipping featuring some shopping bags. She thought they would appeal, as a reader of my diet blog and regularly subjected to my favourite acronyms. (She is obviously unaware of my LOL-issues!) 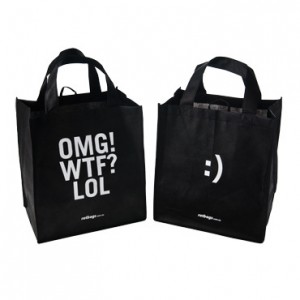 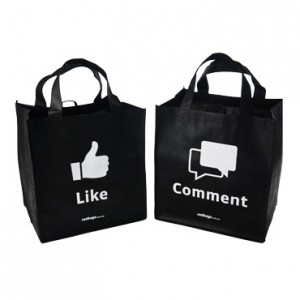 While I think the bags are kinda cute, my LOL prejudice will probably preclude me from purchasing one at this point in time.

Of course, now LOL is oft-used, along with ROTFL and those (obviously more-tasteful) acronyms more favoured by myself. I still refuse to use the former… though have partaken in a smiley-face on occasions – ONLY to ensure someone knows I’m joking, than any smiley-face passion.

So – perhaps it’s a double standard to which I’m confessing; or just an acronym hierarchy which makes sense only to me.  (Like my colleague who believes The Biggest Loser is quality fly-on-the-wall TV, but thinks Excess Baggage is reality television at its worst!)

Do others have similar quirks and prejudices I wonder?