I had great plans to blog more regularly. To write more personal posts here, rather than just book reviews. But it feels everything I contemplate is emotionally treacherous and would require a lot self-reflection. Added to that, most would be for my benefit… cos I need to get stuff out of my head or ponder it more and I’m not sure that would offer entertaining reading.

So, because I’m not in the mood to delve into the recesses of my mind and ponder why I believe myself to be unloveable and unworthy despite my lack of childhood trauma, I thought I’d do an October 2020 check-in post of sorts.

Welcome to the random thoughts that are my mind.

Despite the angst about my postgraduate writing study, I’ve enrolled in two subjects for the summer semester. I know I know…. I vowed I wouldn’t, but… I’m unemployed and directionless so need to feel some sense of purpose. I’m hoping both subjects are interesting. One is feature writing (so writing pieces for publications – which I would LOVE to do in real life); and other is a fiction-writing subject.

Because of that, I’ve signed up to do NaNoWriMo – National Novel Writing Month, in which you’re (ideally) supposed to write 50,000 words of a novel. I ‘won’ (ie. succeeded) in 2014 and have done SFA with that draft… although did base a book proposal on it for a publishing subject at Uni. If you’re writing this year, find me there and buddy up to keep me accountable – I’m debbish28.

I continue to feel an irrational sense of overwhelm re stuff I need to do around the house. Sometimes it’s just cleaning as I look at my dirty floors and windows. Other times it’s bigger projects like replacing the curtains I inherited when I bought the place four years ago. Some are seriously so musty and mouldy it’s revolting. I’ve also got a rotting outdoor staircase railing and need desperately need to patch some gaps between my tiles and the walls to stop the pesky flow of ants inside.

For those who don’t know I’m ridiculously ant phobic. Not scared of them. I just hate the fuckers. When returning from my hospital trip recently I commented that most people worry they might have been burgled while away. My biggest fear is that there will be ants everywhere. Bastards. I’ve got my annual pest control next week but those ants are shifty buggers.

In less (ahem) quirky news, I’m hoping this week is the first week I make it to all three of the exercise classes I’ve recently started. They’re fairly low-key but I think my heart stuff has settled and I’m less tired (breathless and sleepy) so have no excuse. Certainly my Fitbit suggests my resting heart rate has improved a lot since my surgery earlier this month. Not to mention the drugs I’m on to lower it… *shrugs* 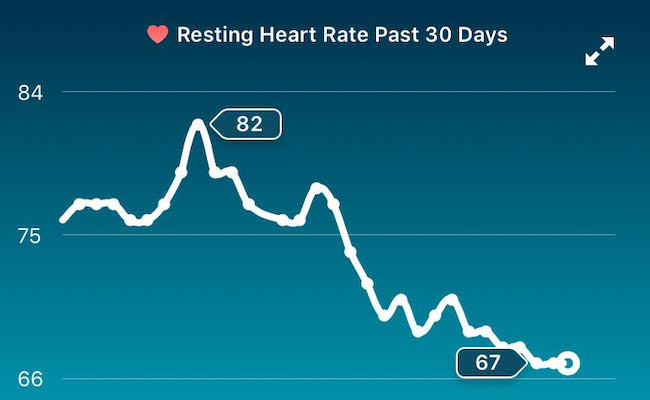 Finally I’m not reading much but watching an inordinate amount of television. I’ve signed up to Amazon Prime and there are so many things to catch up on. I’ve only had it a week and watched the first seasons of The Boys, Jack Ryan and Good Omens already!

Anything exciting happening in your part of the world?