I spent a couple of weekdays at my mother’s last week. I haven’t worked much from her place since starting my full-time gig as she didn’t really have reliable wifi until a few months ago. And since then I’ve mostly been there on weekends or on brief overnight visits.

But for various reasons I decided on having a couple of full days at her place. We bought a new desk for her spare room last year, so it’s not like I’m hogging her dining table or we’re in each other’s way.

Mum was in and out as she has a variety of commitments. And my brother often works from there when he visits so she’s accustomed to leaving him to it as she bustles around the kitchen or house as she’s wont to do (in between crosswords and reading).

It occurred to me later that the thing I enjoyed about working from her place were the breaks. When I’m at my place I go and get some food and take it to my desk. While I’m eating I’ll check Facebook or other social media, or do some of my own emails or blogging. I tend to eat at random times and drink diet coke in between. I visit the fridge far more than I should and am conscious that any weight gain has probably been linked to my all-day grazing.

Mum, on the other hand, tends to eat at regular times: breakfast on rising, morning tea, lunch, afternoon tea and dinner. So when she was home I found myself joining her. I didn’t take hour-long lunch breaks or anything, but I stopped and left my desk. I sat and cracked open a diet coke at her dining table when she had her morning and afternoon cups of tea. And we went out for breakfast one morning before I started work. 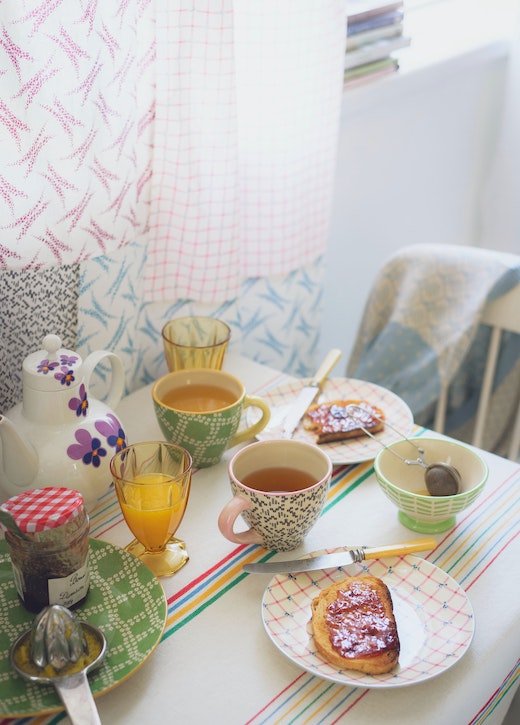 It was a pleasant surprise how much of a difference it made to my entire week. I’m reminded that’s probably what one enjoys about an office. A break in which to chat to someone. The water cooler talk that’s not via an online app or screen.

I wrote recently about ‘spending time’, commenting that I’d forgotten how to do it in an enjoyable manner. I seemed to be either working; or lolling on my bed scrolling through social media on my phone… bored out of my brain. I said I felt guilty that other people ‘do’ things in their spare time and yet I wasn’t sure what I even wanted to be doing.

But since [that post] I’ve spoken to a few people and realise I’m continuing to compare my life to others’ highlights’ reels. I mean, I am definitely antisocial and slack about doing ‘things’ but suspect others flit about less than I imagine. They share it when they do (as do I!) so they seem to live fuller lives.

In a response to a comment on that post I said I realise that one of the major differences is that others – when home – usually have someone else around, so they’re more likely to occasionally carry out a conversation. Bitch about their day, debrief about the state of world affairs, gossip about neighbours. And so forth.

I’m not prepared to get a housemate (given I’ve lived alone for over 30 years – other than the ‘group house from hell’ – ie. the Australian Embassy in East Timor circa 1999-2000!) but I might need to work from mum’s more often.

* Image: @lazybonesaustralia via Unsplash. Click on image for link to source