It’s kinda fitting that it was on this exact day five years ago I finished full time work. I’d accepted a redundancy package from my government job and had decided to make my seachange. Within a couple of weeks I’d sold my place, bought a new one and by the end of October 2012 I’d moved.

I’ve loved my post-seachange life. I decided – at one point – that I never wanted to work full-time again. After all…. I’d been working full time non-stop since finishing University in my early 20s, over two decades before. I wanted a break. My world revolved around my job/s and left little space for anything else. I wanted the proverbial work / life balance. Or I wanted A LIFE full stop.

The biggest struggle after moving though was finding a job. Finally almost two years ago I scored something in government at a much lower level than I’d been previously, but sounded interesting and was – most importantly – part-time.

And it’s been good. However…. though I’ve made it a rule to NEVER talk about my job / what I do online, I have struggled so much over the past few months I’ve actually talked about work publicly: via my ‘I’m so unfulfilled’ vlog, and my values post.

So I realised I needed to stop whingeing and start doing… 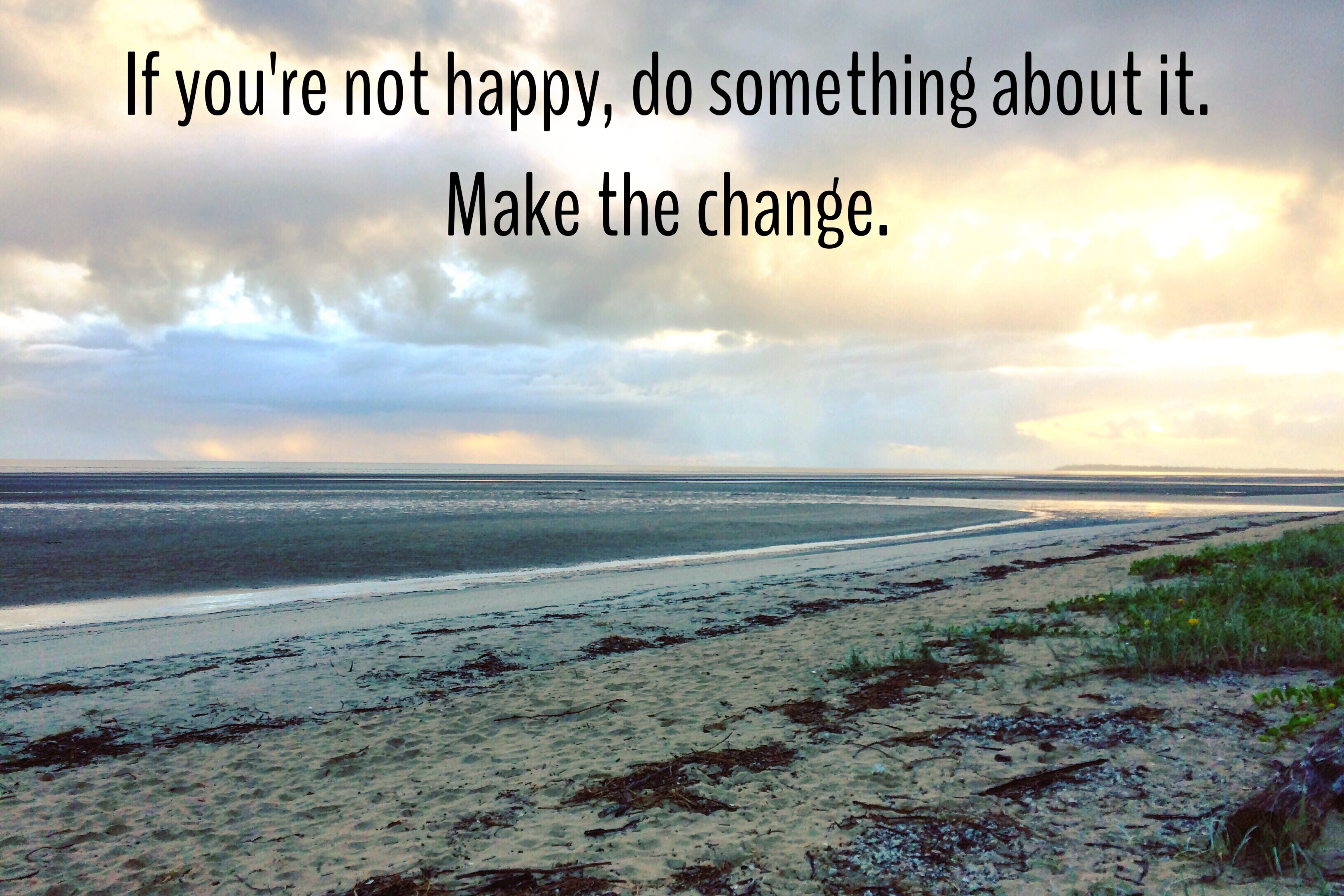 And like magic or fate or something, a one-year project job (with my current government agency) was advertised. It’s full-time, a slightly higher level and a good fit with my background. So I applied for it and got it. It’s all happened pretty quickly, but… I’m excited. And nervous. Nervicited. Or something.

It probably won’t surprise you though to know I’ve been overanalysing my decision. By which I mean I’ve been weighing up the positives and negatives.

On the plus side

More money. I’ve talked before about my need for financial security. Which is almost as great as my desire to loll about all day and do nothing. Seriously, why am I not a trust fund baby?! (Joking. I would not swap my parents for the world!) However, I already have a lengthy wishlist (below) and worry a little that the increased salary (slightly higher level and full time) won’t stretch as far as I’m hoping. 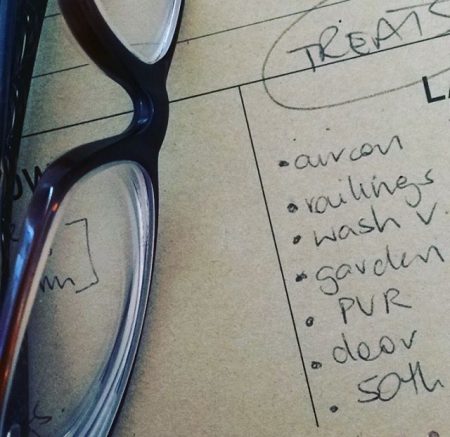 Holidays! When you work part-time and are on a very tight budget it’s almost impossible to justify taking a holiday or a ‘break’ of any kind. I mean, I’m home (not working) half of the week. Even if I don’t allow myself to read or watch TV during the day it’s not like I’m in an office working for someone else and tied to a desk. So, there haven’t been any holidays for a while and now I can afford AND justify one. Eventually.

A new challenge. I’ve been chomping at the bit to get my teeth into something a bit meatier. (Ugh… too many mouth metaphors there.) Now I’m back in project management and this role will be a bit different so there will be stuff to learn and challenges afresh.

Oh, and did I mention more money?!

As for the minuses

FULL. TIME. WORK. I’d kinda hoped I’d never have to work full time again. And yet, here I am. I’m not quite sure how I’ll cope with my lack of free time but hoping I settle into it quickly. And the good and bad thing is that this position is only for one year, so I can rethink things in October 2018.

Scary new challenges. Interestingly my confidence tends to erode if I’m not feeling mentally ignited and that’s probably been the case recently. I’ve enjoyed a lot of elements of my current job but I’ve felt as if I’ve been deskilling and have lost some confidence as a result. Which makes changing jobs a bit scary. It’s something I did a lot of once – jumping from project to project and across a range of sectors – but not for a while.

I’ve weighed up the positives and negatives and I’ve realised I kinda have to be the adult in this relationship. (Being single and all that!) I can’t whinge about money or fulfilment and then do nothing about it. I struggled after leaving full-time work. I initially felt untethered and purposeless because my identity was COMPLETELY wrapped up in what I did, rather than who I was. And then there was the guilt. Of not working.

I think I (mostly) worked through all of that and I’m pretty sure I’ll cope with whatever comes my way in the next iteration of this life I’m designing for myself.

How do you cope with major life changes? Do you sometimes go against your values (like my need for freedom and balance) to do the more responsible thing (earn more money)?