I’m crap with people’s names. I’m not sure if I’ve always been this way or if it’s an affliction which has struck me late in life.

Bizarrely I was once rather-briefly a diplomat and required to schmooze on occasions. I had to make a special effort to remember names at functions and meetings, but also had a strategy for when I couldn’t. One of my colleagues and I had a routine down ‘pat’ for those times when I struggled. He would introduce himself and I would appear surprised and say, “Oh, I’m so sorry, I didn’t realise you didn’t know each other.” And I’d try to bloody well remember their name in future. Cos you can’t use the same trick twice.

Like many I’ve always assumed this name-remembering issue is because I’m somewhat self-obsessed and too focused on working out what highly-entertaining thought I will impart say next. In many ways I’m sure it’s a good thing to think about what you are going to share before you actually say it. I certainly wish some celebrities and sportstars and the like took a leaf out of my book. (Being a role model for all that’s kind and good in the world. And that.)

However, it has occurred to me that perhaps my problem lies deeper. And no, I don’t think there’s any childhood trauma causing me to forget people’s names; rather it’s that I don’t tend to EVER use them in conversation unless I’m trying to get their intention.

Just today I was talking to two colleagues (both of whom I know well). And in mentioning something one said to the other, I found I almost struggled to use their name in the conversation (in front of them). The name felt strange as it came out of my mouth and I had to pause momentarily to make sure I’d gotten it right. 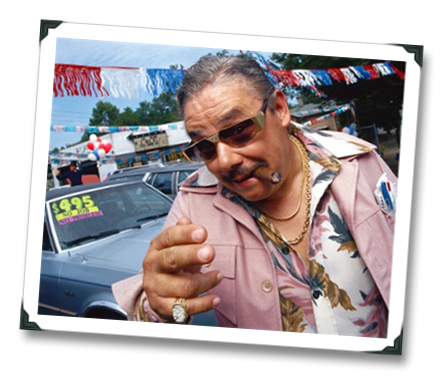 I know that using people’s names when conversing is supposed to be a good thing and I’m sure it’s taught at Real Estate and Car Sales colleges. In fact anyone whose job depends on relationships is probably well-versed in the importance of using names during conversations. I suspect it promotes a level of intimacy and camaraderie within a short space of time.

It just doesn’t come naturally to me. I wonder why that is? Or if it even really matters?