I’m trying to get some creative writing mojo back so shared an excerpt from my (very rough first draft) young adult novel the other day. It’s about a teenage anorexic and it was a version of this opening scene that inspired me to finally attempt fiction – a decade or so ago. I also mentioned though, that 30,000 words in I shelved it and haven’t gotten back to it, but ponder on it every now and then as I wonder which (if any) of the 3-4 half-written projects I could / should progress. 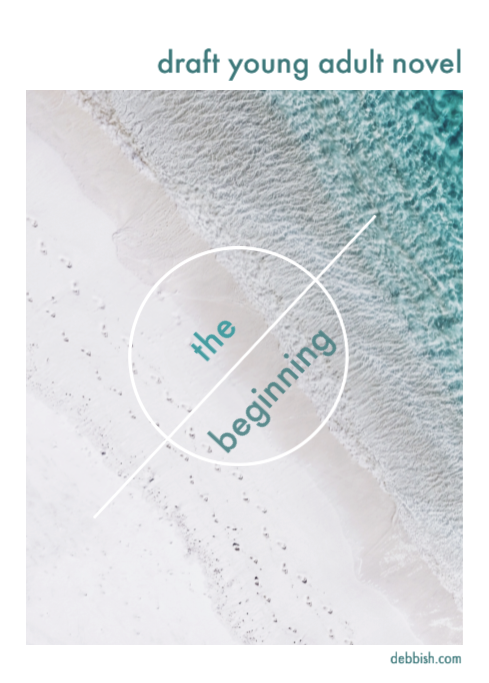 I can’t move. At all. But my alarm continues to buzz and I know if I don’t turn it off mum will come in. And the nagging will start.

My body feels heavy and exhausted as I roll over to hit the snooze button.

It is only the second week of the school year and the holidays already feel like a distant memory.

I remember what I need to do almost immediately and the dread begins to gnaw at my stomach. But I decide I can’t delay the inevitable. Not knowing is always worse than knowing, so I open my bedroom door and cross the hall.

I hate the bathroom. The scales live there and every time I go in I have no choice but to step on. My parents have a separate bathroom, but sometimes my mother will use mine in the morning if my father is tying up theirs. The door creaks as she opens it and immediately I feel sick with fear. It reminds me of what awaits.

The scale is both my lifeline and my noose and my whole day hangs on its verdict.

Even my mother knows better than to interrupt me now. I go to the toilet first. Of course. Then close my eyes as I get on. Forty-one point three kilograms. Only point two of a kilogram lighter than yesterday. Two hundred grams. That’s it.

Obviously I didn’t exercise enough. I ate 600 calories. Maybe I need to cut back further. Perhaps I drank too much water. I did three hours of exercise so I did drink a bit. Perhaps I should try to go to the toilet again and then re-weigh.

I brush my teeth and head into the kitchen. My mother looks at me inquiringly.

“Basically the same,” I tell her and avoid the urge to hit her as relief settles across her face.

I mentioned in the first excerpt that – though writing in first-person present tense comes comfortably to me – I know the voice isn’t as consistent as it should be.

As an aside, I should also mention that I hate the lifeline / noose line and if I was to properly edit this I’d change it. I also decided I’d have the parents divorced, not together.

The good thing about the novel-writing course I did was that we were encouraged to plot the novel out which I did… so I know exactly where it goes and how it ends even though I only wrote about two-thirds of the book.

At the time I’d also done research into the (then) current treatment of anorexics but suspect that’s also changed in the last decade.