Neither of my parents were / are drinkers. Apparently one of my grandfathers partook in a regular beer and occasional rum, but other than that I was essentially raised in a world of non-drinkers. 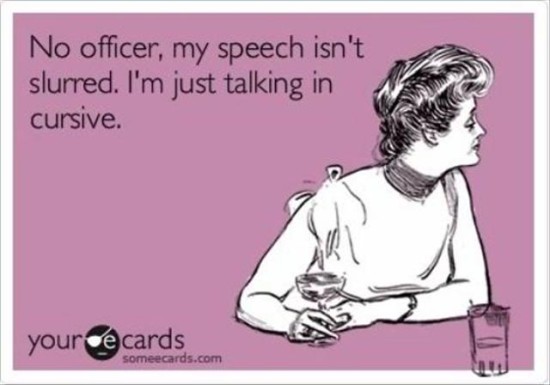 I still recall a conversation I had with my father when I was quite young. We’d walked into town to meet my mother after work one Saturday night and I remember sitting on the town hall green watching some pissed people wander about.

“I’m never ever drinking and never ever smoking,” I told (or promised) my father solemnly.
“You’re too worried about what others think of you and will succumb to peer pressure,” was his response (or similar).
“No, no I won’t!” 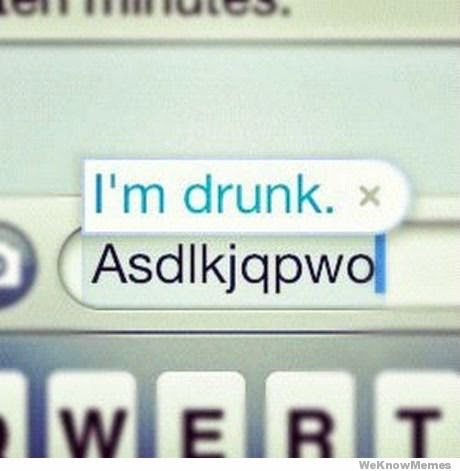 It’s funny cos I steadfastly refrained from drinking for a very long time (*see below for two slightly-odd and accidental exceptions!).

I lived at a residential college at University – in retrospect a fabulous experience as it gave me a group of ready-made friends… two of whom I later lived with and remain my best friends to this day. I was – however – a bit strange because I refused to drink alcohol. I suspect part of it was related to the fact that I was anorexic (and a recovering anorexic) in my first couple of years there; but it kinda became a ‘thing’ and I felt I had to hold out.

Others tried to tempt me – my brother foisted Southern Comfort upon me and my friends offered up Malibu. But other than those in the God-Squad I was the only non-drinker I knew. It had its benefits though, because my friends could rely on me to look after them on evenings out and remind them of EVERYTHING that happened the night before. (Which they obviously appreciated. #NOT!)

That all changed when I moved into a flat (with one of the besties I mentioned). On our first night the other bestie joined us and we opened some champagne. (And I never looked back!)

I’m again linking up with the lovely Kerri Sackville for her ‘My First’ series.

*PS.
1. My mum is a fabulous cook and loves baking. I have always loved eating. When I was very young I got stuck into the Rum Balls at Christmas – eating enough that I became sick. I cannot stand the smell of rum to this day.
2. The first time I was drunk actually involved a bottle of Summer Wine at a relative’s wedding. For unknown reasons a bottle was placed on the ‘kids’ table at the reception (I was about 12 at the time) and a few of us scoffed the entire bottle – with no idea we were drinking alcohol. My parents had no idea until we got into the car to go home and I couldn’t stop giggling. Thankfully I must have only had a glass or two. Not enough for a hangover.

Do you remember the first time you were drunk?
Or was it inadvertent like mine?