Many MANY years ago (sometime in the early-mid 1990s) I attended a fundraising event for a local hockey team which included a fashion parade. As this all took place in my small childhood hometown, the fashion parade featured actual team members. Not models. Not even wannabe models. Just normal women. Hockey players.

I still remember my reaction to the amateur-hockey players-come-models appearing in lingerie cos I was mega shocked.

Oh. My. God! These women were nearly-naked! In public; nearly naked! It all felt very intrusive and I felt like we should all be averting our eyes lest we be seen as pervy. I can’t remember if there were men present but had I been male (or gay) I might have been very excited by the whole thing.

My self-consciousness surprised me. We see models in bathers (swimmers / togs etc) and underwear in fashion parades and magazines ALL OF THE TIME. Why on earth did I suddenly find the sight of near-naked women to be such a surprise?

Of course I finally realised it was because they looked normal. Normal sexual, sensual women (kinda like the ‘plus’ sized models below). 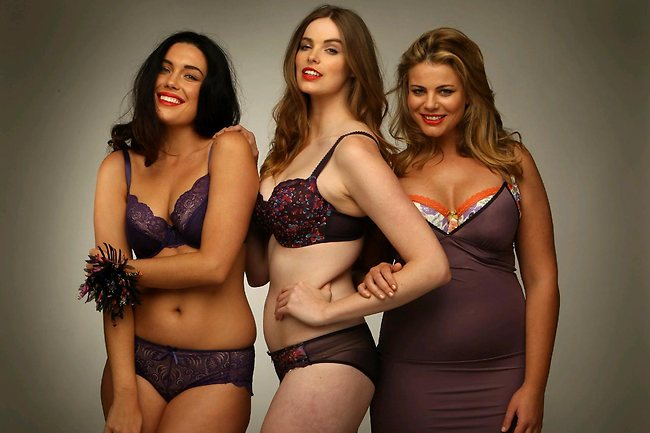 There are many pretty (or even stunning) female models out there but (again, although I’m not male or gay) I don’t find them sexually appealing. At all. I’m not implying that the world at large should find them asexual or devoid of sexual appeal, but I think my own meh-ness is because we’re inured to seeing such women.

We’re kinda accustomed to seeing slim celebs in a bikini or Victoria’s Secrets’ models clad in silk, sequins and feathers – and little else. So we’re a bit… #meh. 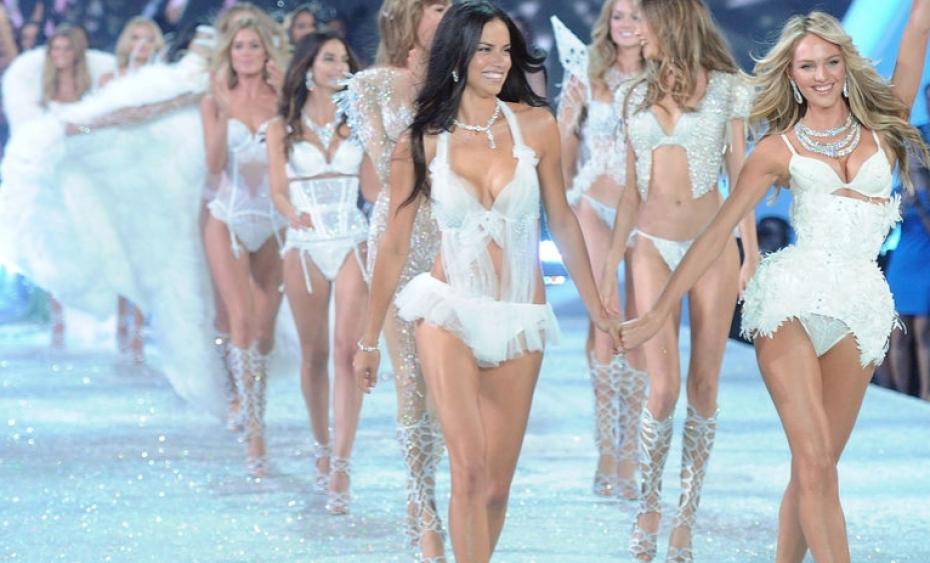 It may just be me, but I look at this picture and see ‘models’.

I wonder if I’m alone in this.

It isn’t meant to be a skinny bashing or fat-acceptance thing; just my own realisation that I’m perhaps desensitised re slim, fit bodies in limited clothing, that curvy (or normal) women can be quite confronting – not in an unattractive way – rather as a reminder that they’re women. Sexual beings.

I felt the exact same way on seeing these mannequins a few weeks ago (shared on Facebook by Garner Style). 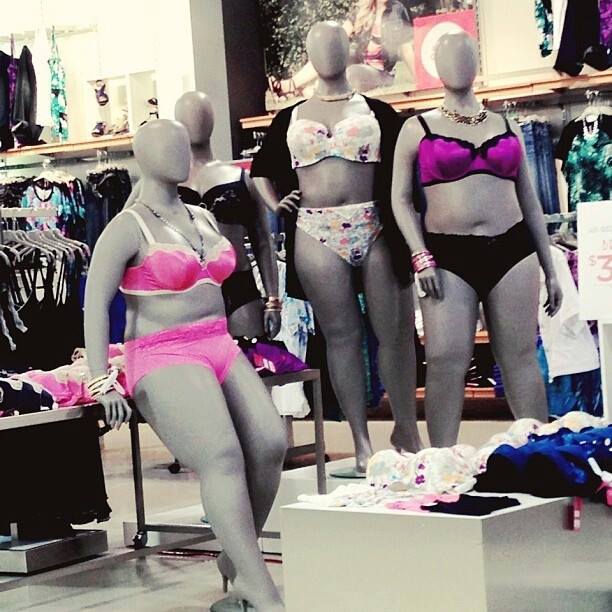 The photo has been doing the rounds and I shared it on my Diet Schmiet Facebook page. I wouldn’t look twice at the picture if it featured thin mannequins I realised.

Of course the fashion world finally makes sense in a d’oh way! Once upon a time before the rise of the supermodel in the 1980s, most models were akin to clothes hangers. Their bodies weren’t meant to attract any attention as it had to be all about the clothes, rather than the person wearing them. 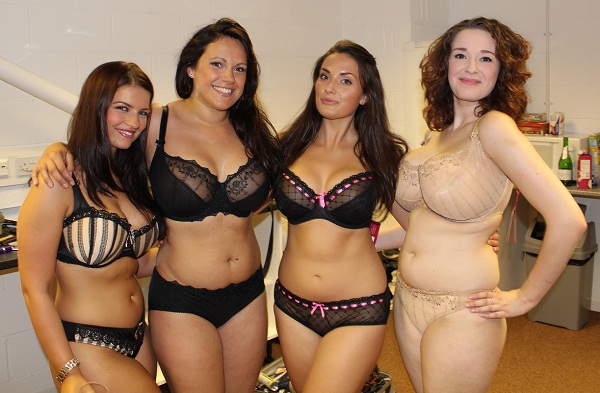 From: blog.curvykate.com
I look at this picture and see… women.

It’s a bit of an ‘a-ha’ moment for me. I’ve always assumed the media-driven ideal reflects the opinion of the masses. I’ve assumed ‘perfection’ (however we view it) is everything and anything less just doesn’t cut it. However… maybe there are people (men?) who think the same way. Perhaps others look beyond the silk and lace and see something alluringly real.

I’ve struggled for a VERY long time with body image issues but in recent times have started to appreciate beauty in a broader sense (no pun intended!). I’m still far too big to accept my layers as womanly curves, but I think I’m getting there. Slowly but surely.

Do you view slimmer models and bigger models differently?
Do you think it’s possible to be immune to the allure of slim / traditional models because we see them all of the time?

I’m again linking with Jess and the IBOT team today.