My yet-to-be-named new-but-second hand car and I decided to drive the 300km to my hometown the day before last.  My mum had been a bit down and it marked four months exactly since my father’s passing. Plus I had the day off work to attend a morning blogging thing.

So, the little beast and I set off jauntily at lunchtime – diet coke and water at the ready – on our 3hr journey. (Note to self: combination of water and diet coke will require enroute loo stop which must be factored into trip-planning in future!)

People who know me know that I dislike driving. In fact, I do more than dislike it, I hate it. Over the 10 years I had my previous car it averaged 4000km/year, which isn’t much by Aussie standards!

And, as I connected my iPhone to my car’s stereo via Bluetooth while considering my travel music options, I was reminded of a rare trip I made a couple of years ago.

I was heading to my hometown for a few weeks to help out while my mother was in hospital and then recovering from surgery. At the time I hadn’t driven my car outside of the capital city in which I live for years (despite the Gold Coast and Sunshine Coasts being 1 hour south and north of my place respectively!).

In fact, I spent so little time in my old car, that it didn’t bother me that it didn’t have a CD player. And yes… no need to re-read that sentence. It. Had. No. Compact. Disc. Player. It had stereo radio – obviously; but it had… wait for a it… a tape player. (In case my 15yr old niece or anyone under 20 is reading this, that’s a little rectangular thing with tape wrapped around spools).

The radio-only option was never a problem on my brief trips around the city, or grocery shopping a couple of times a week.

But, in July 2010 I was halfway on the journey to my parents’ place when confronted with a dire situation. I’d reached that point on my journey when I had to succumb to *gulp* regional radio stations. Scarier still, I was at a place in my journey not known for its forward-thinking, progressive ways. (Think: that town where Footloose was set!)

Argh! So I dug inside the console of my car and came up with a slightly dusty cassette tape. Thank fuck! Crisis averted etcetera etcetera.

After eventually inserting the cassette the right way (difficult while coasting along at 100km/hr) the speakers sprang to life. 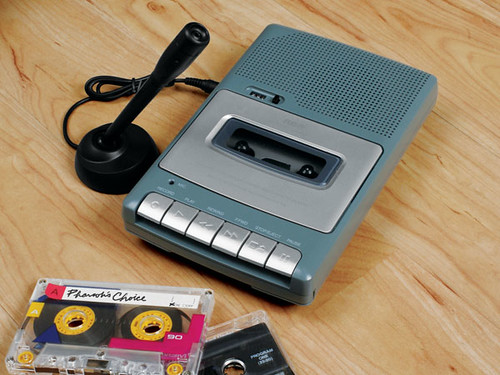 Joy of joys! It was a mix tape*. Circa 2000/2001. I believe I actually used it (way back when) in my walkman while exercising. The next hour passed by in a flash and because the tape in question WAS an exercise tape it was particularly (and tragically) upbeat: early Britney; S Club 7; Destiny’s Child and so forth.

I could almost even recall sitting there with my portable CD player/tape deck, maneuvering CDs in and out of the player with my finger on the tape deck pause button.

And then it got even better, because there were excerpts from Top 40 radio shows! Ahhh… the memories. Ahhh… the annoying intrusion of announcers’ voices over songs and the abrupt blurts of songs starting and stopping.

Of course given the fact that my new little beast has a CD player and bluetooth connectivity I no longer require the tape, which was cast aside along with my old car. And anyway… does anyone even still HAVE cassette players?

It made me a tad sad though…. as I pictured my niece busily downloading songs she likes off iTunes with the flick of a finger or two.  She will never know the joy of sitting in front of the television with a tape deck and microphone to record Rod Stewart or Olivia Newton John on Aussie show Countdown (circa 1970s).

But despite my nostalgia, I don’t miss the old days. I’m glad I can make a phone call when I’m walking down the street or sans hands while driving in my car. I’m happy I can upload something like this that people around the world (in their millions – naturally) can read. And, I’m chuffed that I can also buy single songs for a couple of dollars, rather than an entire CD of mostly-useless songs just to hear the one or two you like. 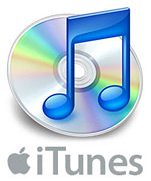 Technology brings with it new challenges for each generation, so I realise it doesn’t always result in an easier existence. And I’m sure one day Generation Zers will be sitting around explaining the onerous and ancient ways of their youth to new generations. I can’t even begin to imagine what will be around in 50-100 years, just as my grandparents or ancestors couldn’t have dealt with the concept of the internet and mobile telephones.

I will still however, remember fondly, Friday nights from my teenage years, listening to the local radio station, legs crossed to avoid inopportune toilet-related urges, waiting with anticipation for my favourite song which may, or may not feature. Much time wasted? Possibly. But comforting memories? Definitely.

*Note, sometimes called mixed tapes, which in fact is what I thought they WERE called until I did some googling!