The whole cause and effect thing can occasionally be a tad confusing for over-thinkers such as yours truly.

I’ve been pondering the topic of independence, for example. I’ve talked in the past about the fact I’m loath to ask for help and tend to pride myself on this fact. (Although I do know it’s not often a good thing!) So I wonder:

Interestingly though I’ve spent some time over the past couple of weeks wondering if I’ve become too dependent on someone. More specifically, on my mother.

I see her more often now that I live in a neighbouring town, but even when I lived 350km away I relied on her more than I like to admit.

Just in the last five or so years, she saw me through my failed attempts to get pregnant, my father’s passing, my redundancy and my seachange. I have had, and continue to have, close friends who I adore, but – unlike ‘family’ – they generally have their own partners, children and loved ones to prioritise.

It occurs to me I rely on my mother for moral support and an emotional intimacy which most might find from a partner.

I share with her the bad – calling in tears and making little sense between sobs. I tell her things I’d never tell my friends or those who may think less of me. And I share with her the good: I reluctantly share my dreams and hopes without fearing my friends will later tell husbands or partners how arrogant I’ve become or think me undeserving of success.

My mother’s recently had some health scares. A few weeks ago I spent the evening with her at the emergency ward; and she underwent an angiogram while away in the past week or two, although eventually not requiring a stent. Thankfully she’s fine and continues to be quite healthy for a 71yr old, but it was very confronting… the idea of her mortality. I was horrified at my own selfishness, wondering how I’d cope without her or how I’d survive life’s ups and downs. Alone. 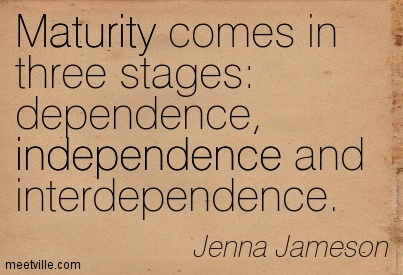 My mum sometimes calls me her rock, so maybe or relationship is defined by our interdependence

I had to make a biggish decision last weekend. Something that would effect me and my livelihood. I was pretty much a mess but my mother stoically braved my hysterical calls and offered comfort. I’m sure she won’t mind me saying this but she sometimes offers her opinion very willingly. She (like my father) led a safe life so she errs on the side of caution. She (like my father) traditionally worries about me dreaming too big, wanting too much, living with disappointment. And yes, despite this propensity, she’s been really supportive of late and with the decisions I’ve made.

As she was patiently listening and placating me with her support I tried to remind myself that she’s been unwell. I’m supposed to be ensuring SHE takes it easy. She doesn’t need to deal with my crap. Of course I know she’ll worry about me no matter what; but it added to my stress, remembering I really needed to rein in my angst and deal with this shit myself. I’m sure I can and if I’m really stuck, I can write about it. Cos that always works! 😉

But my concern that I’ve become too dependent has had me thinking: would I feel differently if it was a partner I was burdening rather than my mother? And is it even ALWAYS a bad thing? Many rely on parents or partners for financial or emotional support. By procreating or declaring their undying love, do loved ones sign up for the ‘better or worse’ bit?

Do you worry about being too dependent on someone (or others)?

I’m linking up with Essentially Jess today for IBOT.