My last two Friday posts have referenced an interview between Elizabeth Gilbert and Brene Brown. As I’ve mentioned, I find both women inspiring in terms of their outlook(s) and approaches to life and creativity.

And I swear this will be the last time I mention that podcast but I couldn’t let it go without mentioning yet another point of discussion… related to martyrdom.

It wasn’t until I listened to other podcasts in the series I realised Gilbert talks about martyrdom quite a lot and suggests it’s something kids mirror from their parents.

Brene talked about martyrdom vs tricksterism. I have to admit I’m not entirely sure what she meant by the latter, but I could most certainly relate to her conversation about the former. And I suspect many others can as well.

Brene talked about martyrdom particularly as it related to creativity. She talked about locking herself away and toiling over her writing. She sounded as if the process (for her) was akin to those nuns who have to pray in isolation… not speaking to another soul. She finally became tired hearing herself complain about her writing and what a challenge and chore it was; and was forced to ask herself:

Does creativity have to be born* through sacrifice, pain and torment?

Should it be difficult? And not enjoyable?

Nowadays, rather than boast about how great we have it, we’re increasingly likely to complain about how bad shit is.

We have no time. Our kids are shockers. We are terrible mothers feeding our children KFC. We have megatonnes of washing we haven’t done. We’re behind in our blog posting. We haven’t done any blog reading or commenting. We’re so poor.

And yes, I’ve slipped some of my own examples in there amongst others. I think I’ve talked about it before, but I’ve often thought we sometimes compete to see who’s got it the worst? I always (personally) put it down to wanting to feel like a victim and gain sympathy, but it’s also about martyrdom. 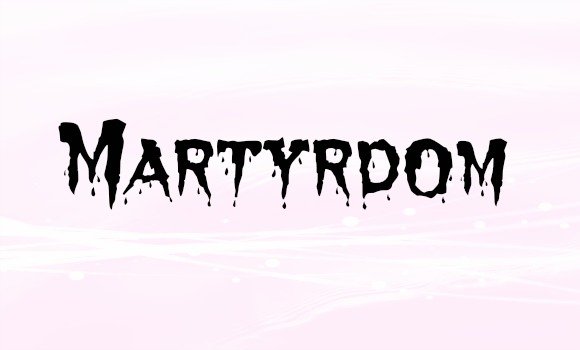 But meanwhile, back to my point (and yes, I do follow too many thoughts down rabbit-holes), I wonder if our passions are allowed to be enjoyable?

And as for Brene’s example, she commented that she feeds off interactive sessions and others. So… rather than skulk by herself slaving over a hot laptop or notebook, she now gathers her team together and they spend days brainstorming. Someone takes notes – which Brene then moulds into the book – but essentially she sets the agenda and they work through stuff as a group.

As I’ve been writing this it occurred to me… the same could be said of losing weight or getting fitter and healthier. We expect it to be a horrible horrible experience. And it nearly always is. It reeks of deprivation and forcing ourselves to do things we don’t want to do.

I compare it to my writing and wonder if it’s possible to make health and fitness fun? I mean, I once enjoyed exercising. Long time readers will remember how much I loved my faux Zumba classes… to the extent I’d go into the gym at work on my days off, to attend.

As usual I have no answers but for the first time I’m pondering on the concept of change, transformation and martyrdom. I’m wondering if it has to be tortuous. Does the end result feel more fulfilling if we’ve indulged in some self-flagellation along the way? Or should the journey (perhaps) be as enjoyable as the destination?

How do you take the drudgery out of your creative (or other) pursuits?

PS. I’ve pondered the ‘born vs borne’ thing… but think Brene meant – give birth to, so I’ve gone with born!

Flogging my blog With Some Grace today!