My blogging has been somewhat haphazard this year but these ‘taking stock’ posts allow me to blither briefly about all sorts of things without actually boring you to tears.

I’m a little surprised it’s the end of March. I agree with all of the memes out there suggesting that January went for years and the months since are just disappearing. 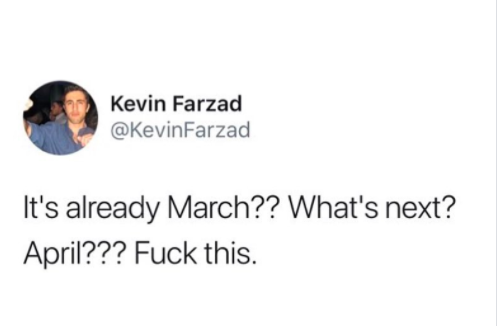 Stressing
About work. Although it’s not really a big part of my role, something that’s taken up a lot of time over the past few months is coordinating an office refurbishment and move. Let’s just say that coming in part-way through something and not knowing the history isn’t ideal. It’s all been pretty stressful and I’m up at 2am on a Wednesday night (and a day before I go on hols) to work on a ‘lessons learned’ document. #saynomore

Excited
About my holiday. This time next week I will be cruising somewhere between China and Japan. I’ve talked before about how my voyage on the Norwegian Joy came about, so I won’t harp on about it incessantly but… I’m kinda excited about it all.

Watching
I finally started watching Lucifer on Netflix a few weeks ago. Friends have been suggesting it for a while but I took a little convincing. And I love it. It’s not at all what I expected and adore the sarcastic / sardonic Lucifer Morningstar and the way the very-camp show doesn’t take itself too seriously. 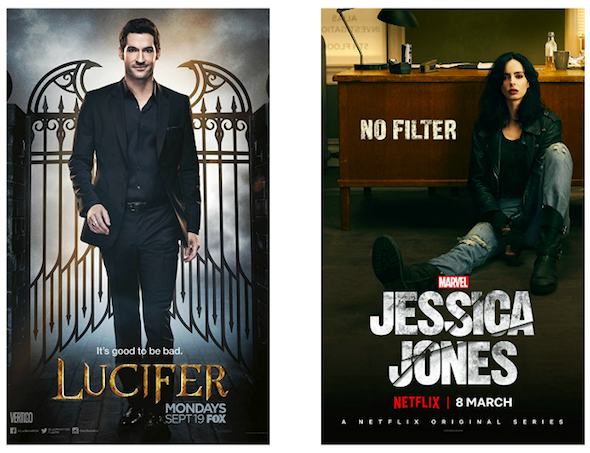 I also watched Jessica Jones s2 (also on Netflix). I loved season 1 and was waiting impatiently for this second season to ‘drop’ (and how weird is it that’s what shows do nowadays?! They don’t appear or screen, they ‘drop’!!!). Of course it was at that point I realised I’d forgotten much of the detail in s1. In retrospect it didn’t matter, but I rewatched s1 anyway. I probably didn’t enjoy s2 quite as much, but it was still great fun.

Wanting a change
At home. I love my house, but I’m in the mood for something a bit different. I’m pondered various options over the past month or two: putting a fence around the whole property; painting my house which is far too white; or painting an inside wall or two in a dark moody tone.

I haven’t decided what I’ll do but wait until my return from China / Japan and see how my budget for my next trip is going before I do anything. My work contract finishes around the same time as my Italy writing retreat so I may well be completely skint on return and begging on street corners.

Grumpy
In general. But also at a publisher last week who was quite rude about something. It made me consider giving up the whole book-blogging gig… and I still might. I’m not really doing a great job at balancing it with the busy-ness of work at the moment. The thing with the PR person reminded me the book-reviewing thing isn’t a paid-gig and perhaps easing off would give me the option of doing some other writing. Sadly it also feels like it currently defines me (in a good-ish way) and I’m not sure I’m ready to let go of that yet.

Offline
I apparently won’t have wifi access on board the ship, so will mostly be offline for the next couple of weeks. I’m kinda relieved I’m out of the country for the upcoming Commonwealth Games cos I care little and my usual TV-viewing is being interrupted.

Has the month of March flown by for you? Or is it just me?