I arrived in my new hometown of Hervey Bay over two years ago. A couple of months later one of my long-time besties, her mum and kids came to visit.

Her mother almost spat out her drink, “What?”

I continued to dig myself deeper into a hole in an attempt to explain I hadn’t suddenly switched sides.

“I mean, I’ve become friends with this woman and we’re spending time together,” I clarified. #nothelping

Later I wondered why it was difficult to explain this new friendship. 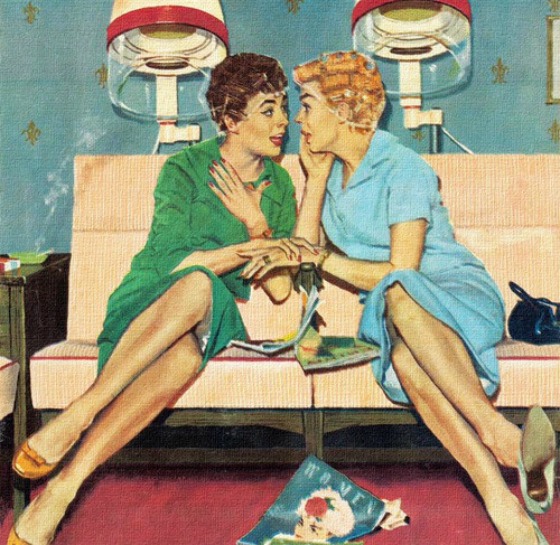 Did I feel like I was being traitorous to one of my other besties, by making a new close friend, I wondered? Or is it because the art of ‘making friends’ (and declaring them thus) seems like such a childish thing to do.

When my niece was young she’d return home from the park full of news about the new friend she made. She never knew their name and the sum of the relationship generally comprised 10 minutes of fighting over the swing; but that’s all it took. It didn’t matter if she would never see them again. She wasn’t worried about their values and beliefs. It was so easy.

It occurred to me that making friends as an adult, is something I’ve never really had to do. From scratch.

Most of my existing friends are those I’ve had from school, university (like my visiting friend) or workplaces.

Friendships have formed by some sort of osmosis—the result of spending time with someone (mostly at work in the last couple of decades) and deciding that I’d like to spend time with them OUTSIDE of our work cubicles.

The danger of moving town when in your 40s (or at all) is that you have to start over. And at a time when—quite frankly—I’m too lazy and intolerant to deal with people I don’t like. 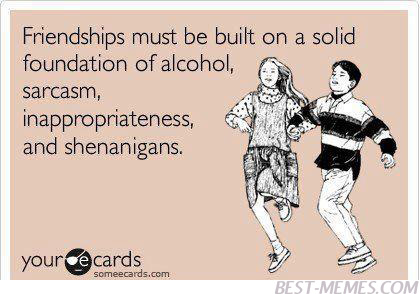 When I first moved I took a year-long break from the workforce. My mother lives in a neighbouring town, along with a school friend I see intermittently and I had some rellies nearby, but that was it… the extent of my social circle in my new world.

Bizarrely, I met the new friend in question (Kanga-Rue) via social media. She arrived in town the same time as me and tweeted, asking if there were any locals on Twitter.  Thankfully another acquaintance saw her tweet and hooked us up. (In a manner of speaking!).

Our first meeting was a bit like a blind date. Fortunately we hit it off and she continues to be one of my closest friends here.

Kanga-Rue’s mum to a (now) 3.5 year old. After her arrival she picked up some other friends (again, in the non-biblical way!) at local parks and playgrounds; and will probably continue to do so via daycare and school in coming years.

But what about me?

How does a childless single woman in her 40s who’s not going to a workplace every day meet like-minded people in a non-creepy way?

The answer to that question required some effort on my behalf AND meant I had to move out of my comfort zone, because I’m not traditionally a ‘joiner’!

When I first arrived I actually made an effort to do group stuff—something which doesn’t always sit well with me.

Before I lost my exercise mojo I went to Zumba classes for about six months and although the class targetted oldies I enjoyed shooting the breeze with the same people week-in and week-out. I briefly attended a writing group and connected with a couple of women I really liked; and I met some fabulous women through a business women’s network.

In fact it was through one of the networking functions that I met my other local bestie, Miss F, who was also a new arrival, single and lives about 500m from me.

So… I’ve actually been quite contented, with my two new close friends, a circle of new acquaintances and my old (long-term) friends.

But, alas Miss F is leaving town today and it’s only recently occurred to me what a huge hole it will leave in my little universe. When—like me—you’re content with just a couple of close friends, the departure of one is a biggish deal.

I recently guest-posted about my predilection for alone-time; need for few (physically) close friends; and satisfaction with online and long distance friendships. However, even I know that emails, phone calls and text messages don’t measure up to face-to-face contact when you need to talk about the important stuff.

Miss F and I talked about this recently and I said I realised I needed to make more of an effort. Again.

I’m not averse to making new friends and fortunately I’m not starting from scratch. I’ve actually met some people in real life (IRL) who I can reach out to. It just requires some effort. And perhaps some childish bravado.

How are you at making new friends (as a grown-up)?
Any hints or tips?

I’m linking up With Some Grace today.