I have long been a lover of words. I love reading, I love writing and (sad but true) I love talking.

I’ve now read a couple of books – a novel and a biography – about people who’ve also been word-lovers who’ve developed dementia or alzheimers and have become lost for words. Both – along with other illnesses robbing people of their ability to express themselves – are tragic and I had a little taste of that for myself last week.

I’ve mentioned here previously that my father suffered from vascular dementia. It sounds arrogant, but a post I wrote about him, his memory and its impact on others, is one of my favourite posts ever.

My surgery was fine. Other than some delays in recovery due to nausea or something and some post-surgery pain I escaped unscathed. I was only in hospital for two nights and on a drip for that time. My surgeon wasn’t able to visit on the second day after surgery so suggested I could go home (2+hrs away) if the nurses felt I was okay.

In reality I would have preferred to stay as I wasn’t 100%, but in the end they needed my bed, so my drip was removed as I packed my bag and called my brother who’d generously offered to drive me to my mother’s (who lives in a neighbouring town to me and is playing nurse-maid for a week or so). 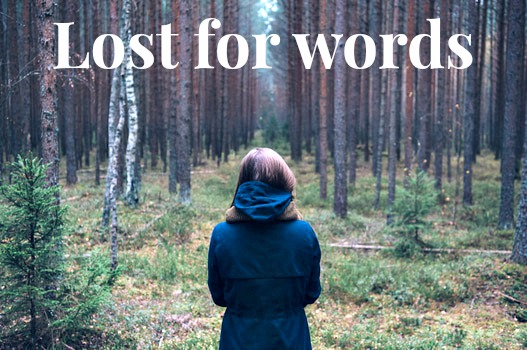 I didn’t get released with any painkillers, which was a bit of a surprise and was still on a fluid diet of sorts on my release so there was a bit of pain but nothing excessive. I was still struggling a little with my fluid intake (why I would have liked to stay in hospital longer) but figured it wasn’t rocket science. #drinkwhenable

My brother stayed overnight after delivering me to my mother’s. I hadn’t slept well and ventured out to great my brother and mother the next morning.

It seemed to me that my mother kept inexplicably dropping my iPhone on the ground, but as she took it off of me I gather it was me actually doing the dropping. Twice – apparently – I attempted to put it on the kitchen counter but missed!

She kept saying my name and asking me questions. I knew what she was asking and what I needed to say but nothing would come out of my mouth. There were some sounds. But I couldn’t form words. Or sentences.

They ushered me back to bed but then fetched me suggesting I try to drink something. I did. And improved.

Jesus, I said later… I suspect I was dehydrated.

She couldn’t understand what I was asking. I knew I SHOULD know how to make that calculation but I just couldn’t fathom it.

And as I spoke words became confused…. I couldn’t find the words I needed. It’s something that happens to me sometimes and I fear my father’s dementia may be more congenital than illness-induced. But this was extreme.

I could think of words but they were wrong. They sounded the same as the words I was looking for, but they were wrong. Even I knew that. But the right words were just beyond my reach. I imagined my hand reaching into the murky waters in my mind, grasping pointlessly at words floating by, and just falling short.

My mother was again worried and put me to bed and made some calls.

More water and some sleep later I was again making sense. My kind local doctor called and spoke to me. I seemed cognisant again she agreed and we decided they’d just monitor me.

It’s been okay ever since, but that memory of my inability to find the words I needed – and my intense frustration as a result – stays with me. We all experience it to a small degree from time to time. It’s a confronting reminder of how difficult it must be for some who struggle with communication because of illness or disease; and those who are not permitted to communicate freely.

But as a lover of words I’m someone who, when writing, will (sometimes) painstakingly consider a variety of options before choosing the right word for a sentence. I consider the pacing and the balance. I weigh words. So to be lost for words has reminded me how precious they really are.

Do you ever struggle to think of words you need when writing or speaking?
Is it something you fear?

I’m belatedly linking up with Jess and IBOT.