For reasons completely incomprehensible to mankind, I had a bizarre trip down memory lane on the weekend.

It started out innocently; I was unable to sleep and having spent some time during the day looking through my upcoming school reunion Facebook page, I pondered on the things that obsessed me 30 years ago. 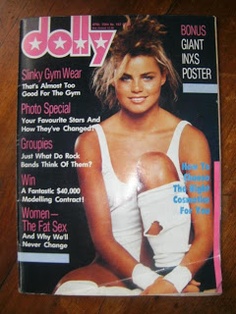 Back in 1984 I’d just turned 16 and had succumbed to the allure of Dolly magazine – an Australian icon of sorts (using the term loosely!) – and all things associated.

I clipped pictures of clothes I loved and I too wanted to be a model. In fact a girl in a nearby town won the Dolly cover girl competition a year or two before, so it seemed that fame and fortune was surely attainable.

Anyhoo, like every reader of Dolly magazine back in the mid 1980s I absolutely adored model Sarah Nursey.

In fact, I had a spiral perm in the hope that I somehow could channel her stunning looks and carefree vibe, just through a few curls. There was much to adore about Sarah. She wasn’t reed-thin but looked fit and healthy AND she did not look like she was a bitch. (Perhaps that was cos she didn’t have to starve herself? Who knows?)

So, as you do when you can’t sleep, I googled Sarah’s name. I actually didn’t expect to find anything so was shocked when an array of blog posts and pictures appeared.

The reminiscing however, had little to do with Sarah herself. Rather… when I looked at the pictures I was transported back to the mid 1980s in a way I didn’t expect.

I recognised each and every photograph as if I’d seen them just days before. I obviously poured over those magazines and pictures and seeing them again was like slipping on a comfortable pair of jeans (not that I’ve ever really had comfortable jeans, but comfy slippers isn’t quite as attractive a simile!).

Oh. My. God. For a few seconds I could almost remember how I felt back then. My envy of Sarah and her (obviously?!) fabulous life (including a boyfriend identified as Barney*, who was tres cute!). My desire for the clothes in question. My attempts to emulate the ‘look’ of the day. And… of course… my despair at the realisation that I would NEVER look like that or have that life.

Glossy Sheen shares pics from magazines of the 70s, 80s and 90s and WOW! The memories. 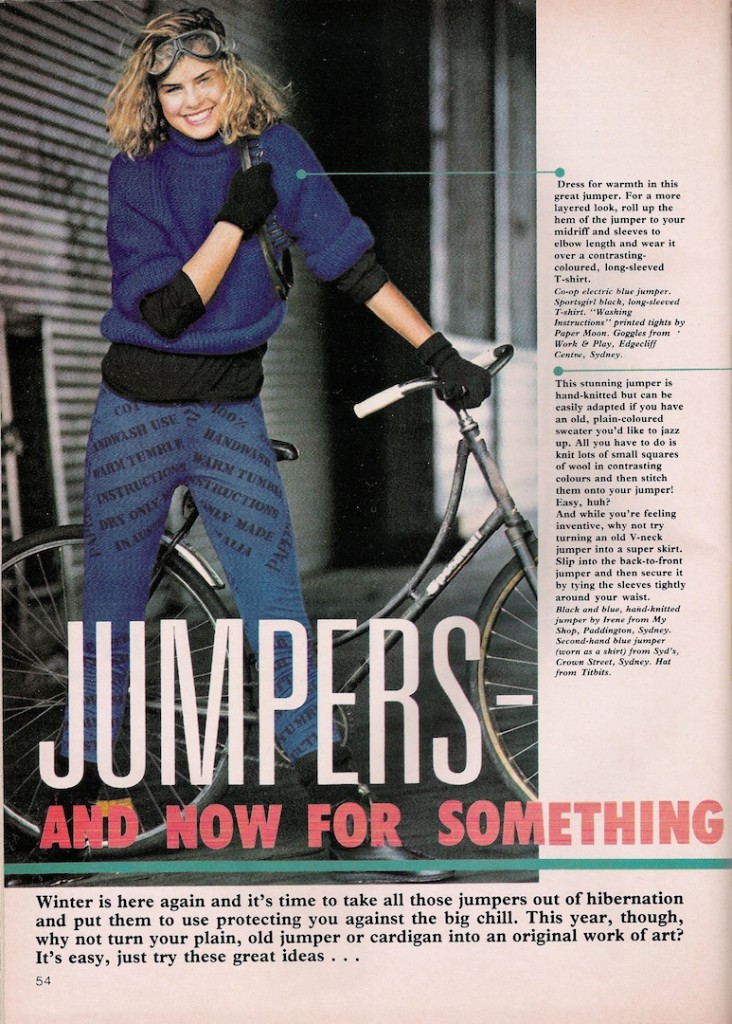 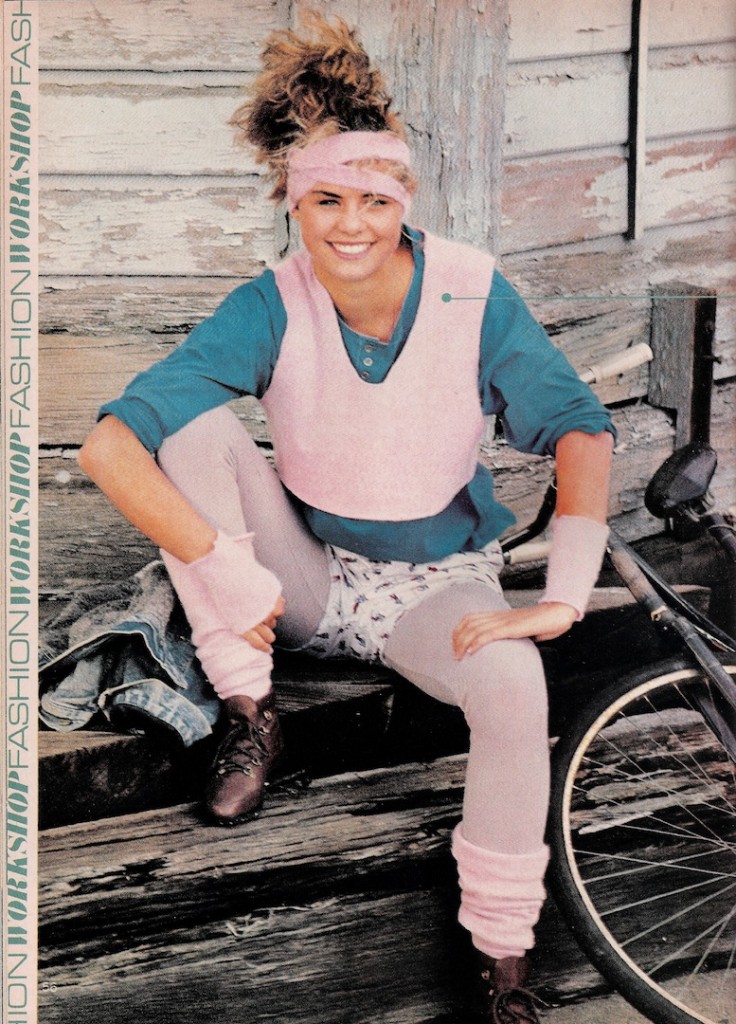 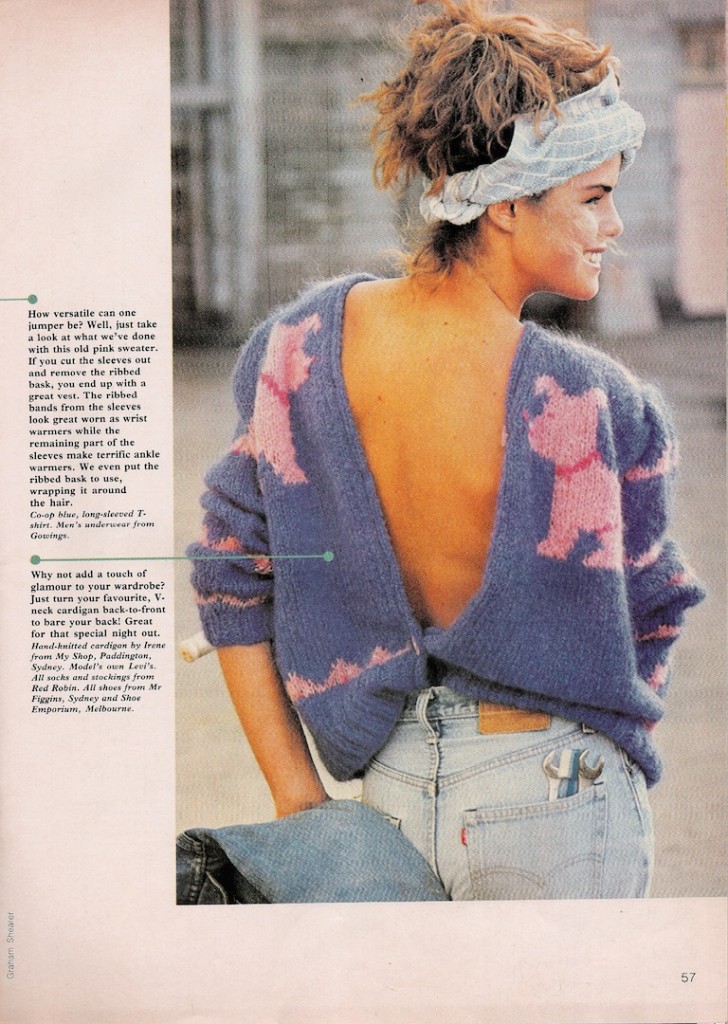 I have a photograph of me wearing a back-to-front cardigan like this! 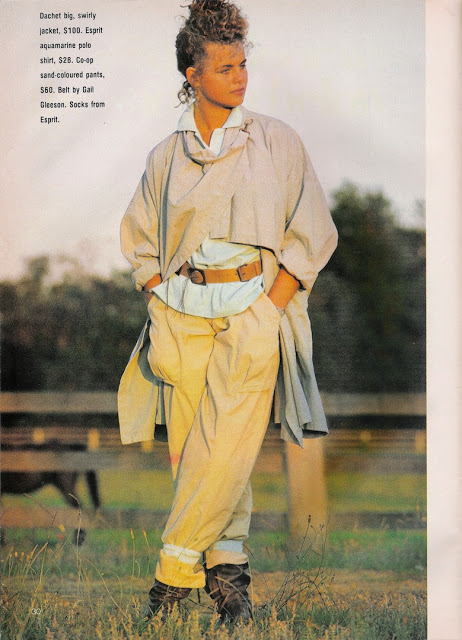 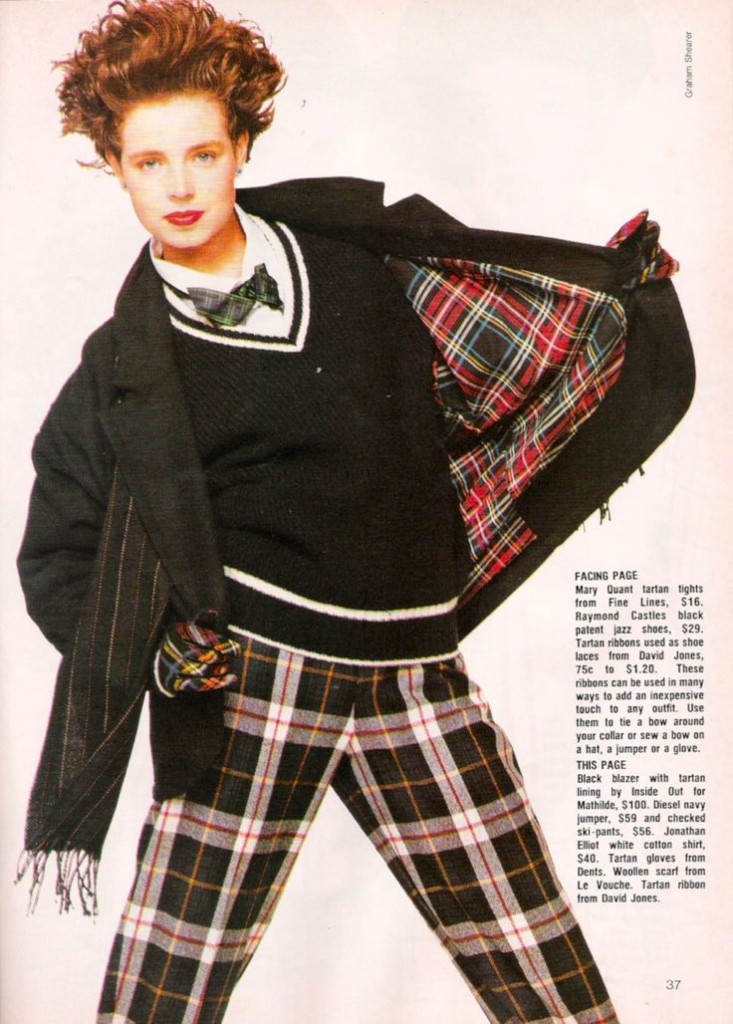 My mother made me tartan trousers which I wore with a tartan ribbon bow-tie… just like this picture!

Have you ever had a similar experience? Seen something which (though it’s been long-absent) is frighteningly familiar?

Linking up with Trish from Little Drummer Boys for Wordless Wednesday (which I continue to fail brilliantly!).

* The cynic in me now wonders if Barney really was Sarah’s boyfriend or just a model faking it.

PS. Like Walking in the Park – Compliments of Aussie group, Little River Band’s lyrics from: Reminiscing.